I awoke this morning to a thin layer of snow covering the ground and huge gusts of wind shaking the trees.  My first thought was – “I have to get outside with my camera!”  So I pulled on my boots, grabbed my gloves, and made my way to the backyard to see which birds would show up.

There was a constant flurry of activity, but the most common and constant visitor of the day was by far the Bluebirds.  At times there were about fifteen of them swooping from one feeder to another.  These beauties ate so much that I told my husband he might need to go drill bigger holes in their houses!

Now I took over a hundred pictures…okay, over three hundred…okay, over five hundred…would you believe about eight hundred?  But rather than bombard you with photographs, let’s just let the Bluebirds be the star and give them a gallery all of their own. 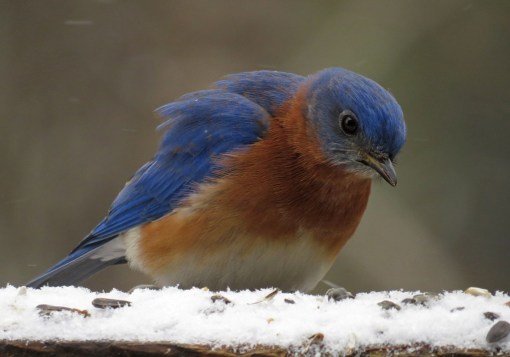 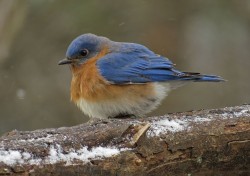 As I stood outside snapping picture after picture, I kept hearing Peyton Manning’s voice ringing in my ears – “Losing feeling in my toes!”  I also lost feeling in my nose and my shutter pressing finger, but it was oh so glorious to be outside amidst such beauty!

31 thoughts on “A Snowy Day Dozen (Plus Three)”