I’m not sure where he had been or what he had been doing before he showed up in my backyard this afternoon, but this Blue Jay was in desperate need of a bath. His beak, chest, and feet were caked with dirt.

He chatted at me for a bit, and then must have decided that I was not a major threat because he waded on into the water. 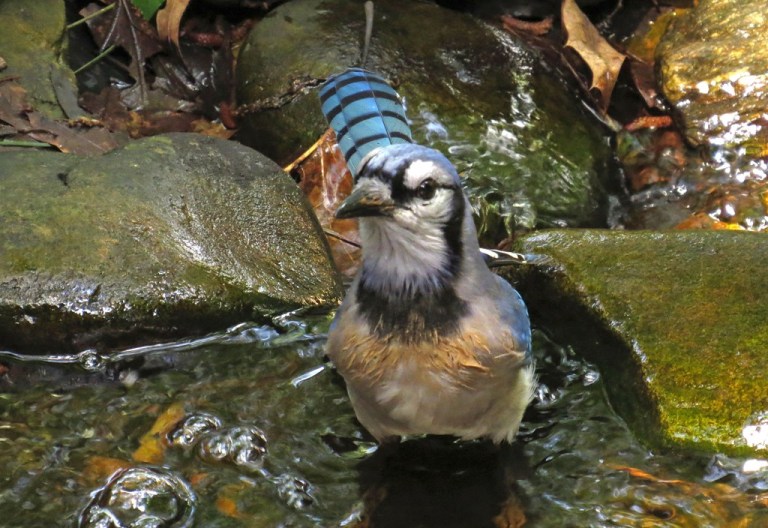 Before long, he threw caution to the wind and gave himself a thorough soaking.

Moments later, a second Blue Jay swooped in and claimed the bathing area for himself.

He splashed about for awhile and then emerged drenched and disheveled but undoubtedly refreshed! 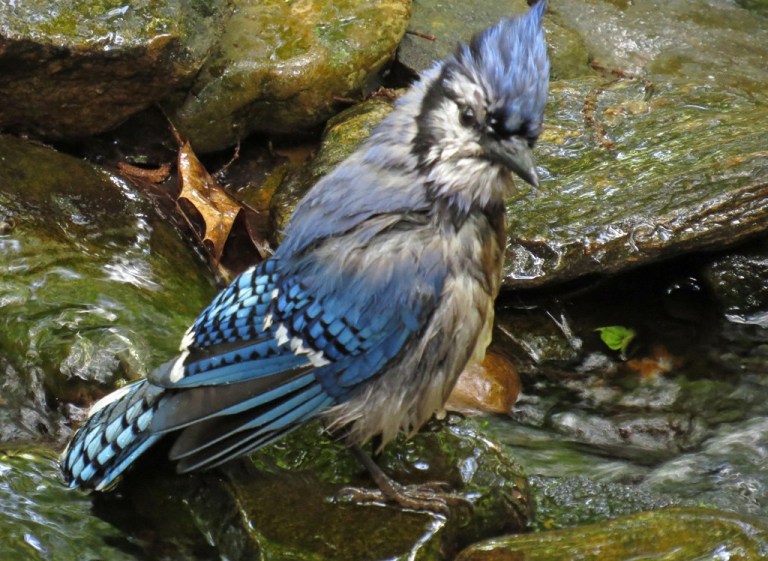 8 thoughts on “Drenched and Disheveled”