The first brood of baby bluebirds ventured forth from their nest box and I have been so giddy you would have thought one of my own children had taken their first steps. So bear with me as I bombard you with baby pictures.

The fledglings (that’s what baby birds are called when they leave the nest) spent most of their day with beaks wide open, clamoring for food. 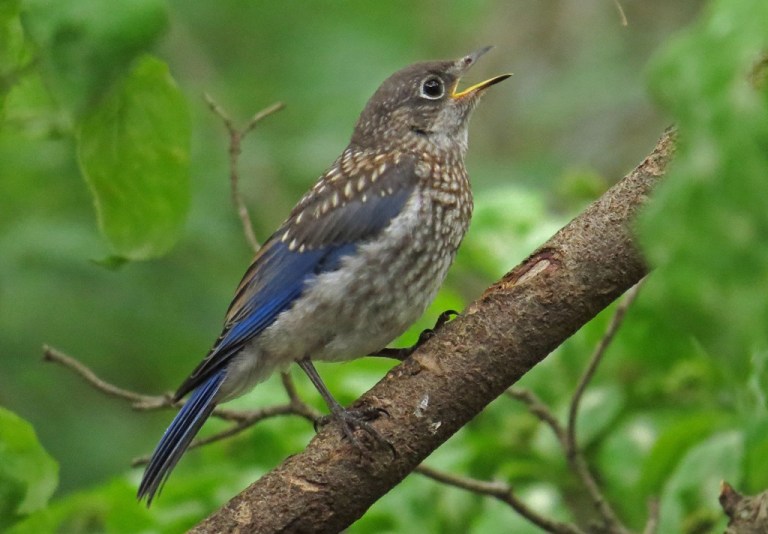 The dad brought one of the youngsters a worm…

…and then scolded him when he dropped it.  Don’t you just love his annoyed expression! 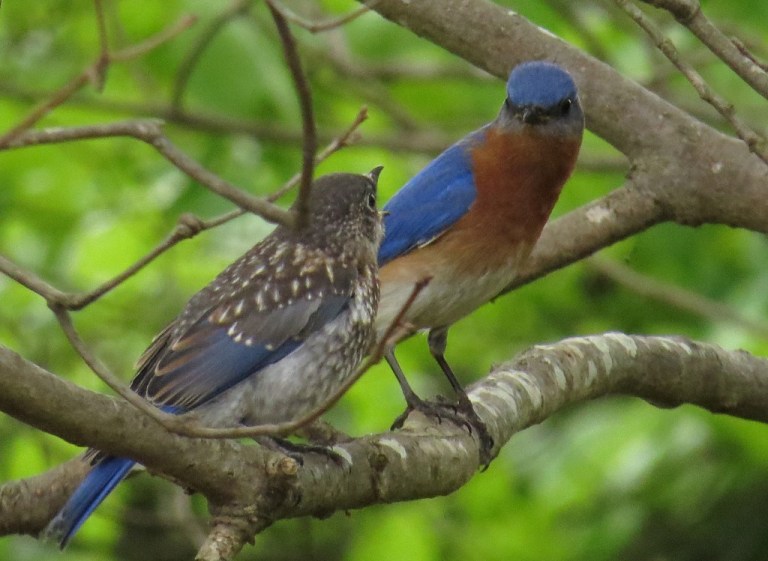 Later, while dad supervised from the perch, the three babies explored the backyard. One found his first worm (though he didn’t quite know what to do with it), one tiptoed into the waterfall, and the other hopped around on the rocks. 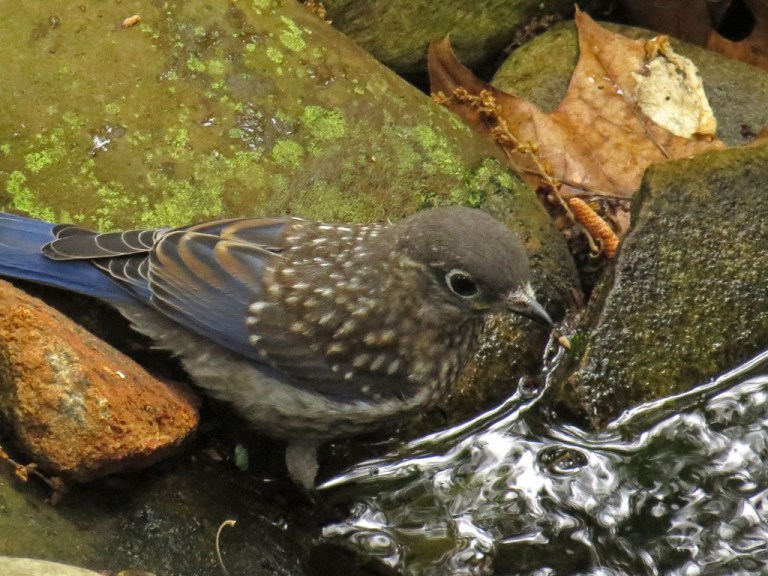 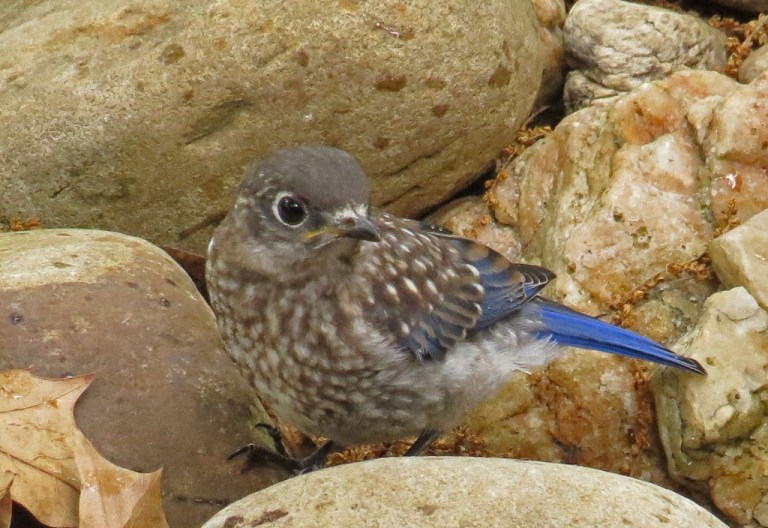 When they were done exploring, it was back to begging for more food. The poor dad looks exhausted. 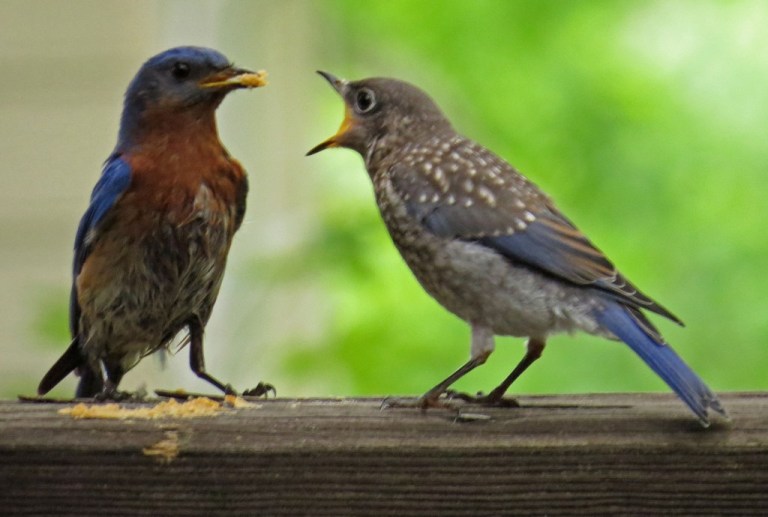 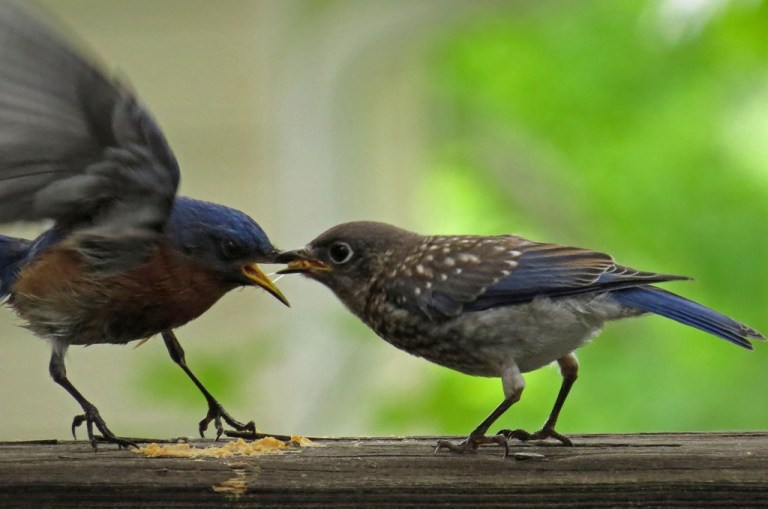 I can’t wait for other birds to bring their babies!