“Hiking Georgia: A Guide to the State’s Greatest Hiking Adventures” – I got this book last weekend (a gift for having reached the half century mark) and decided it would be a shame to relegate it to a shelf; it is a book that must be put to use!

So yesterday, my husband and I (he is such a good sport) got up early and headed off to Lake Conasauga, which is nestled in the Cherokee National Forest.  At 3,150 feet above sea level, it is the highest lake in Georgia

Getting there was not quite as simple as the book made it sound. We were driving Princess Buttercup, my yellow Bug who has an affinity for asphalt, and the last 15 miles of the trip were on unpaved, single lane roads, up a steep mountain. I must say, the scenery along the ascent was incredible. I enjoyed watching out the window, oohing and aahing, while Rick gripped the wheel and kept us from going over a cliff!

There are tons of trails in this area, but our first stop (once we got to the top) was the Songbird Trail…no surprise, eh? The name was accurate, because indeed we heard lots of birds, but for the most part they stayed concealed by the leafy canopy overhead.

The one bird that actually came out into a clearing was this Great Blue Heron. I was kind of hoping he would fly away when we approached (so I can practice getting pictures of birds in flight) but he was totally unperturbed by our presence. 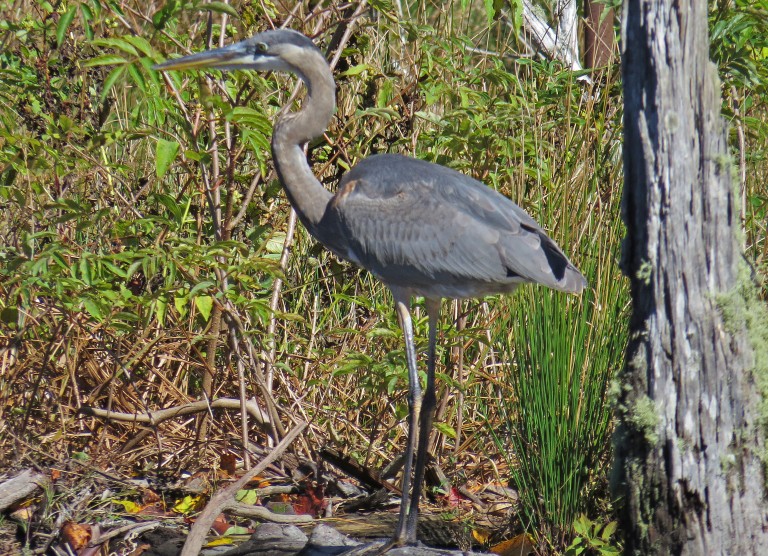 Next we headed to the lake itself and walked the trail that loops around it. It was beautiful, peaceful, serene, and a whole host of other lovely adjectives! 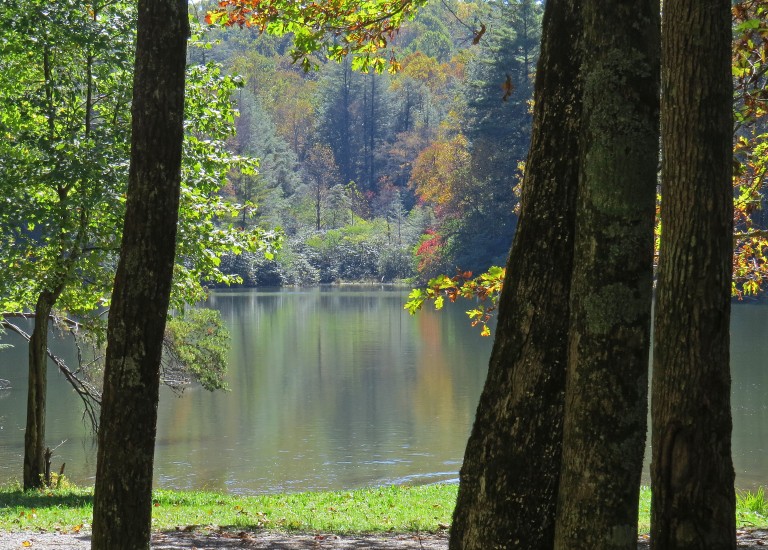 The name Conasauga is said to come from a Cherokee word meaning “sparkling water.” I’ve also heard it means “grass” and “strong horse, “ but I think the first definition is fitting, don’t you?  Just look at the picture below! 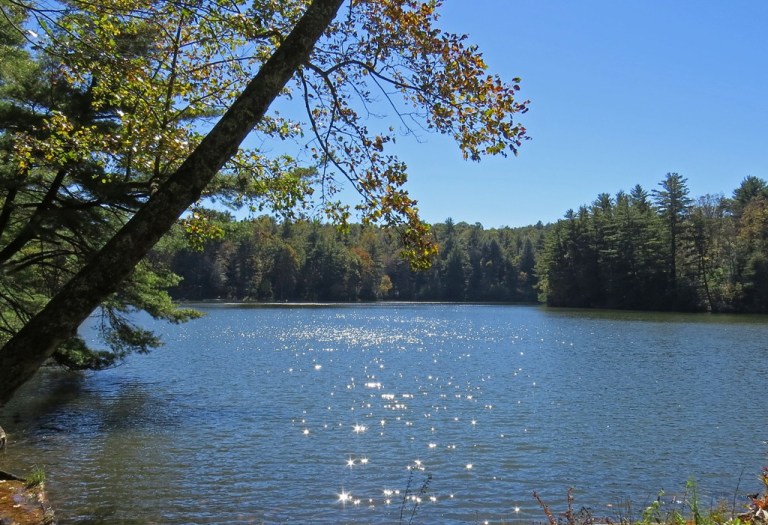 I would definitely love to go back someday, but next time with a four wheel drive (maybe a bright blue jeep wrangler?) with a canoe strapped on top. In the meantime, Buttercup (who was quite the trooper, by the way) will simply have to get over her aversion to gravel and keep taking us on these crazy treks!