Yesterday morning I played hooky and headed off to the Chattahoochee Nature Center. My hope was to enjoy seeing some wildlife AND to escape the wildness of life for awhile. I have to say that the wildest creatures I encountered were the 400,000 children (slight exaggeration) who were there on field trips; but despite the loud little people, it was still a rather peaceful and pleasant outing.

The park has about five miles of wooded paths; I chose to start at the Kingfisher Trail, which meanders along the far side of the lake. As commonly occurs, my first photos were of turtles sunning themselves on logs – like this fellow… 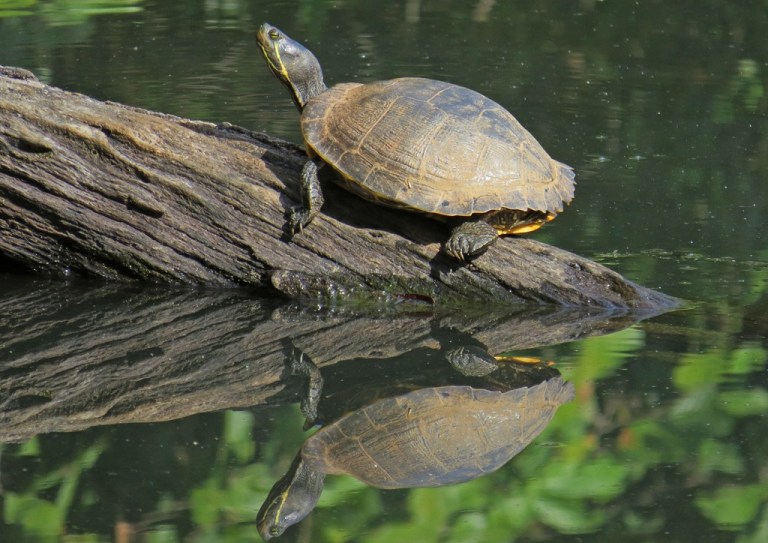 …and of the Mallards that seem to be permanent park residents.

As I was walking, taking pictures of leaves and flowers and bugs and birds and whatever else captured my attention, I kept hearing a hawk squawking from somewhere up in the tree tops. He was staying pretty well hidden, but eventually he took pity on me and landed on a nearby branch just long enough for me to click off a couple shots with my camera. He is rather regal looking, don’t you think?

I think my favorite photos of the day were of the butterflies. 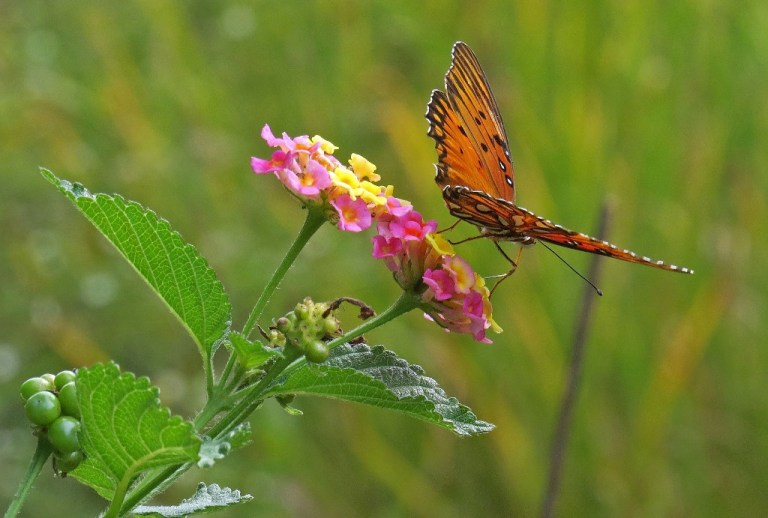 I have to say, God made a masterpiece when He painted those wings!

I am hoping to go back when the fall leaves really start changing colors. So stay tuned for more pictures of turtles and ducks, and hopefully a bird or two.