We’ve all heard it said of a mild-mannered person- “They’re just not one to make waves.” Well, let me be the first to tell you that this has NEVER been said of the Brown Thrasher.

This fellow, who has been patrolling my backyard ever since we put in the new birdbath, landed in the water the other day and then proceeded to gently stick his face under the surface.  It reminded me of those first days of swim lessons as a kid; but I knew better than to believe that he was the type that preferred just getting his face wet. 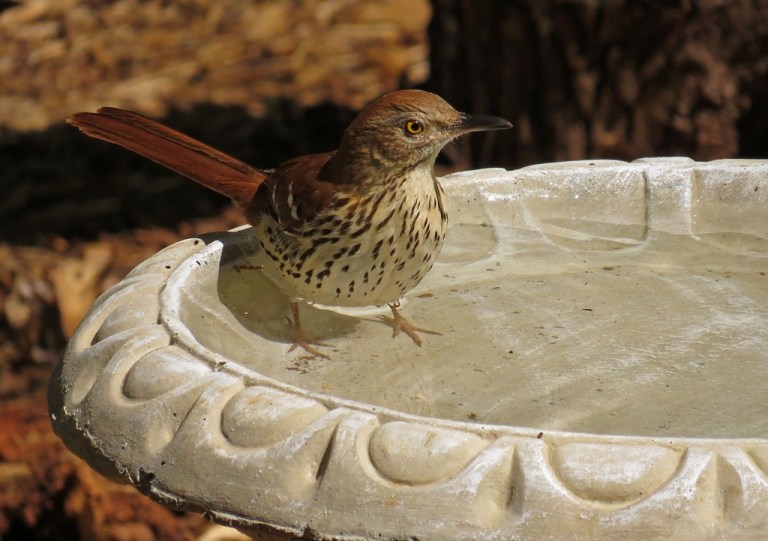 After testing the water, and finding it to his satisfaction, he was ready to start making some serious waves.

Whenever he stopped thrashing about (is his name fitting, or what!) he would pause and flash an open-beaked glare as if to say to any other bird in the vicinity, “Don’t even think about getting a turn in MY birdbath!”

He stayed in the water for a long time, repeating the same process over and over.  Under then up…

…and then under and then up again.  It was highly entertaining to watch. 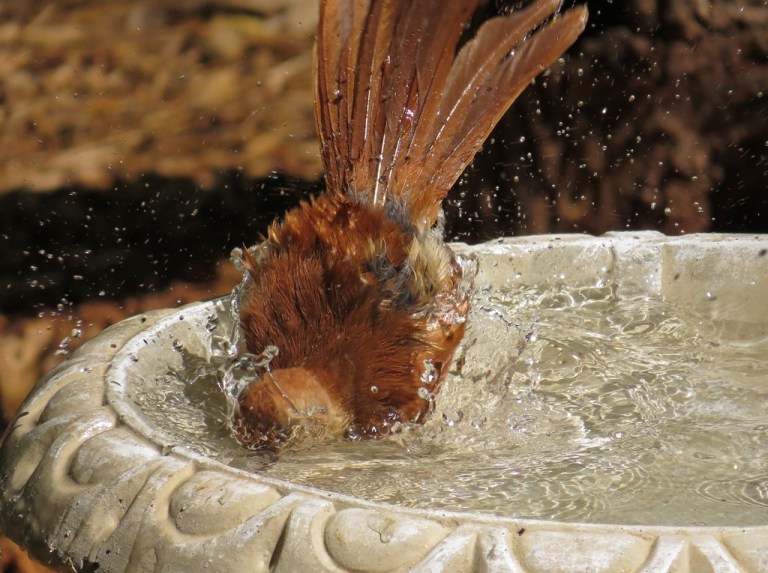 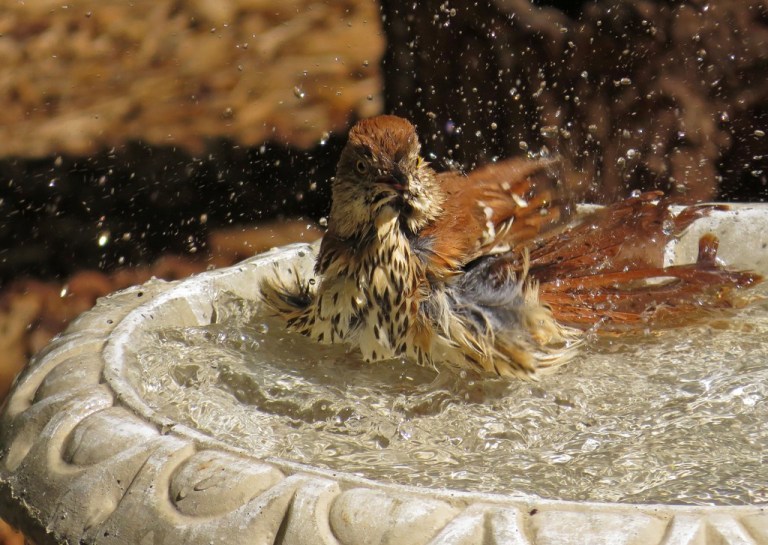 His grand finale was his best rendition of “Twist and Shout” Thrasher style.

When he was finally done bathing, he perched on the edge of the birdbath, clearly guarding this coveted territory that he has claimed as his own!

18 thoughts on “Not One To Make Waves”