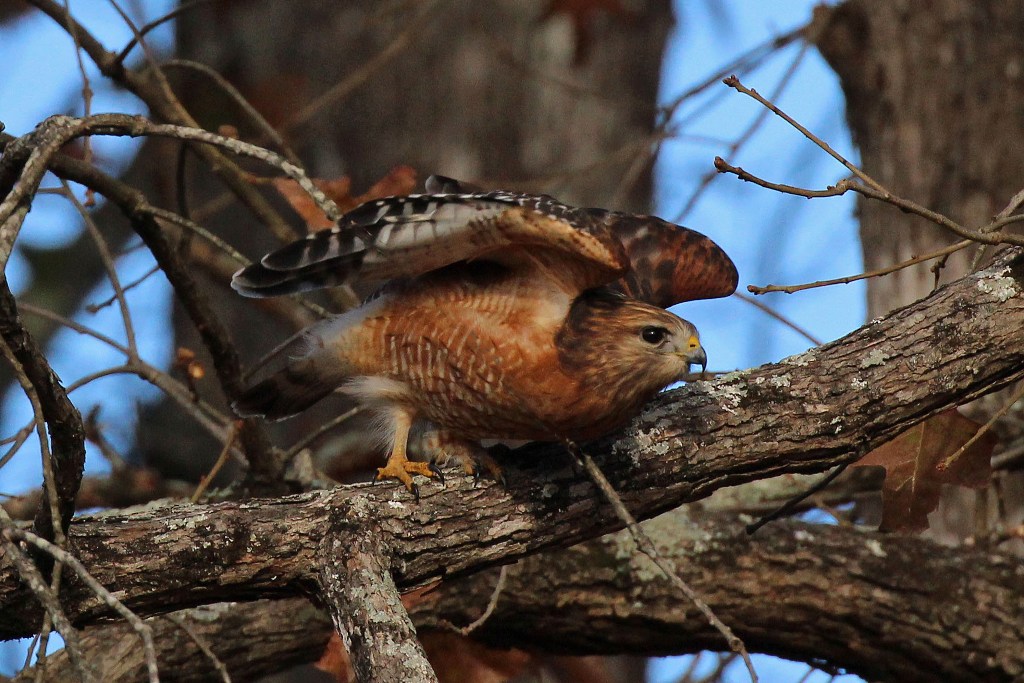 With the temps hovering right around freezing this morning, hubby and I bundled up and took the dogs for a brisk walk in the neighborhood. When we got to about our halfway point, we saw two beautiful Red-shouldered Hawks hanging around in a wooded area. I didn’t have my camera with me, but once we got back to the house I grabbed it, hopped in Earl, and drove back down the road hoping they would still be there.

I was glad to see the first Hawk still perched high up in the tree top just chillin’ out…and I mean that literally!

He had his feathers poofed out for insulation…

…and one of his feet tucked up toward his stomach feathers to keep his talons toasty.

This fellow (though it could have been a gal) was quite vocal, repeatedly calling out with a piercing cry.

I am wondering if he swallowed a bug or something because at one point he choked, which lets us get a look at his tongue. (Click on the picture if you want to see it more closely.)

Then he resumed his typical dignified posture.

The second Hawk was perched lower and was clearly in hunting mode.

The flight photos aren’t great, but they are probably the best I’ve gotten of one of these beauties flying through the air.

I really do love watching these majestic creatures…as long as they aren’t munching on my backyard birds!