“The red sun was pasted in the sky like a wafer.”

“A fart on you, Thomas Putnam.”

“So we beat on, boats against the current, borne back ceaselessly into the past.”

Right about now you are probably scratching your head and wondering what in the world any of these quotes have to do with a bird blog. Well, “I swear on the soul of my father, Domingo Montoya” (wait..that’s a movie quote) there is a connection, but you’ll have to hang with me for a minute…maybe two…

You see, when I was in high school, I had the odd habit of memorizing one line from each of the books that we read in lit class. The quotes have stuck in my brain for three decades now. Anyway, as I was watching my backyard birds and the energy they put into performing their courtship rituals, a line from The Merchant of Venice floated through my head: “All things that are, are with more spirit chased than enjoyed.”

The male birds really do put on quite a show when mating season rolls around. Some build nests to try and attract a mate, while others flash their feathers and display their bright colors to try and entice the females.

You might recall from a previous post that the cowbird is quite the “song and dance man.” 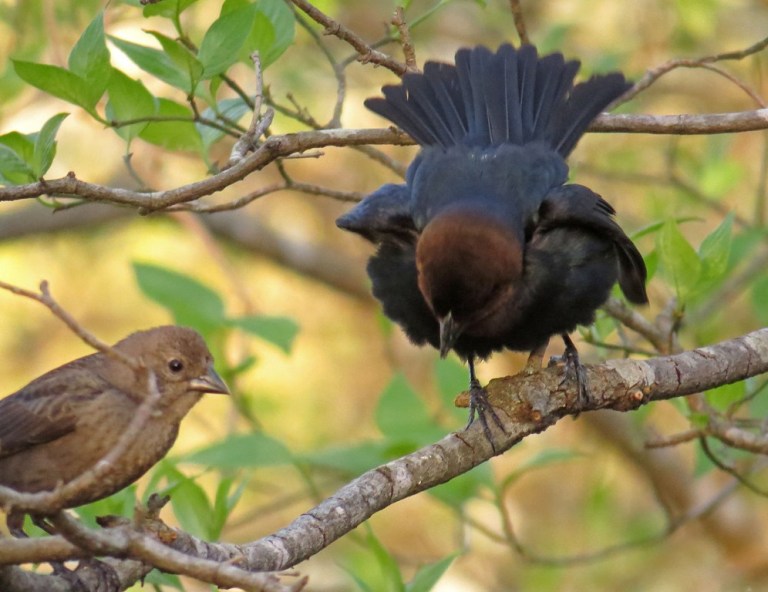 The cardinal, on the other hand, uses the “wine her and diner her” approach and faithfully brings food offerings to the one he is pursuing. Looks rather passionate, doesn’t it? 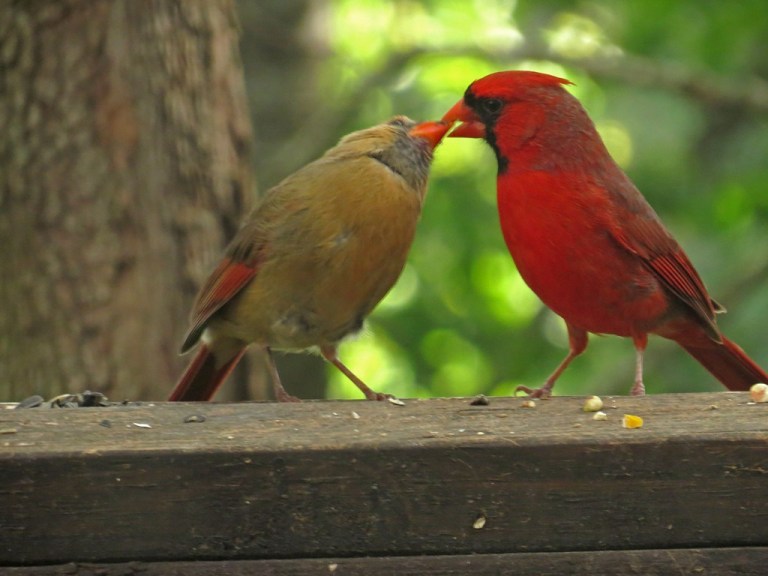 The funny thing is, once the conquest has been made and she succumbs to his charms, the wooing is over, at least until it’s time to mate again. No comment, ladies!

And in case you just had to know – the quotes are from The Red Badge of Courage, Macbeth, The Crucible, and The Great Gatsby and the movie quote is from The Princess Bride….and I’m not sure we can be friends if you didn’t get the movie quote.

One thought on “Literary Quotes and Courtship Rituals”