At first his folks made him wait at a distance while they came to gather food, away from the frenzy that often takes place at my feeders. I’m sure their intent was to keep him safe and concealed, but their efforts were pretty much in vain since he squeaked and squawked and loudly announced his presence the whole time they were gone.

Soon they let him venture a bit closer. He would cling to a branch or to the side of a nearby  tree while they loaded up on peanuts or bits of Bark Butter to bring him.

So, how can you tell that Corte`s is a youngster? Well besides the lack of coordination you would notice if you could see him in action and the bit of remaining baby fuzz, the immature male downy has a red cap on the top of his head whereas the adult male has a red patch on the back of his head. The female has no red at all. The pictures below show the young downy on one side of the dogwood while his dad searches for peanuts on the other side. The birds know to check out the hollow portion of this tree since I often hide a stash of nuts or sunflower seed in there. 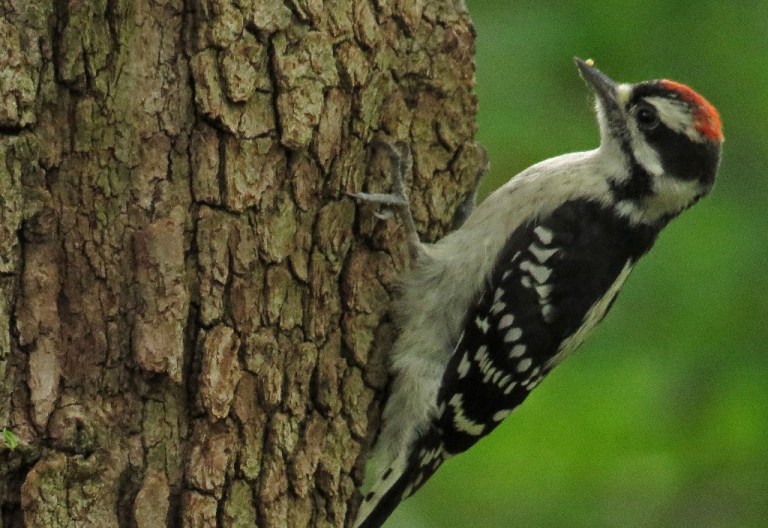 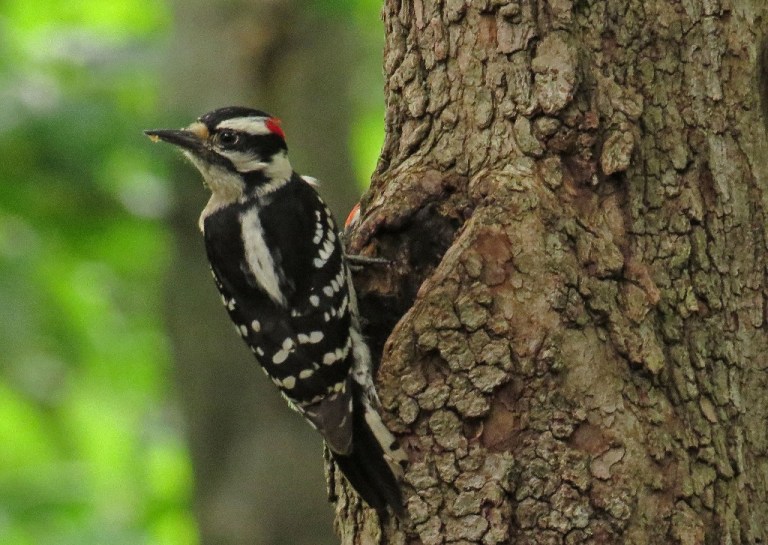 I have enjoyed watching this little guy grow bolder and more inquisitive each day. He is quite the explorer – hence the name Corte`s. I considered naming him Meriwether or Hudson, but the splash of red he wears made the name of a Spanish conquistador seem more suitable.

As he investigated the backyard, he discovered the bird bath and successfully figured out how to get a drink without tumbling in. 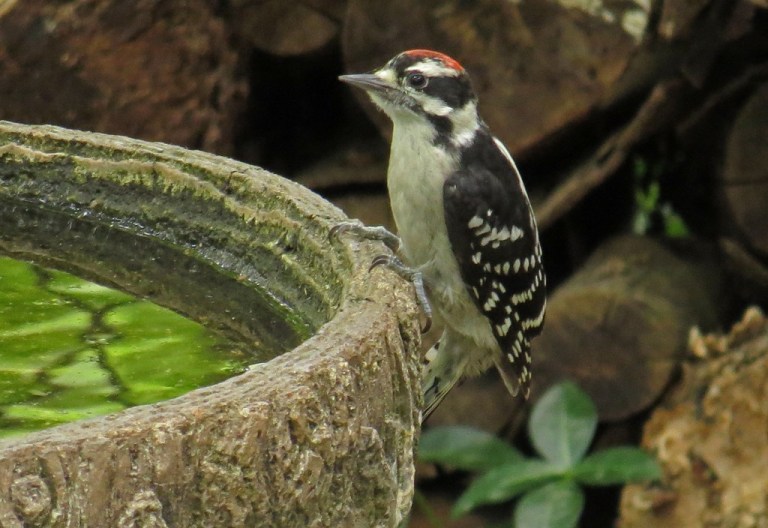 He discovered the perches I have strapped to my deck and practiced landing on them. (Side note here – in an effort to get better pictures I raided my husband’s supply of bungee cords and use them to fasten branches to my deck rails. My family teases me, but hey, the birds seem to love it.)

And he discovered the Bark Butter log, a homemade feeder that has holes stuffed with a suet type spread. His first few attempts at landing on the log were a bit comical. He kept clinging to the bottom and then falling off. But our young fledgling was not easily deterred, and before long he had gotten the hang of it. 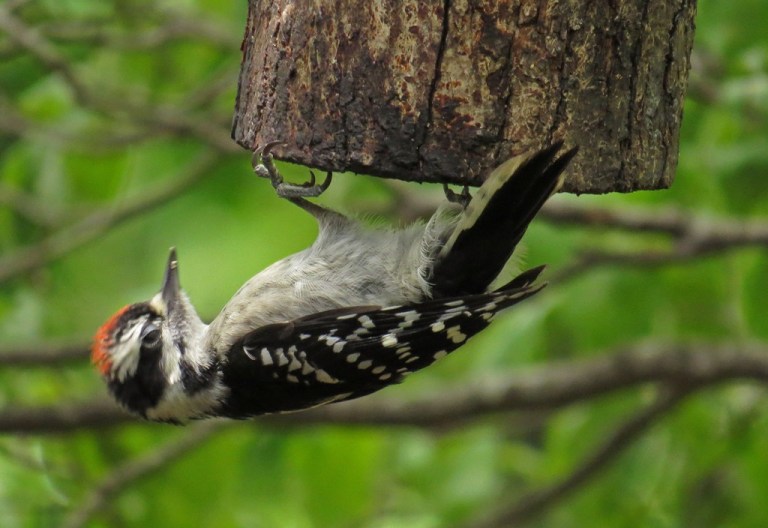 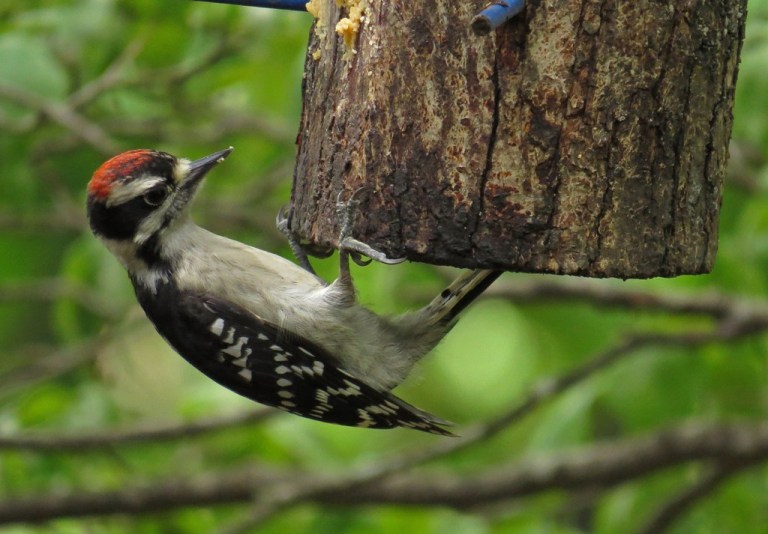 Like any good explorer, once Corte`s discovered this “log of plenty” he quickly claimed it as his own. He became quite possessive and territorial about it, and even scared off a thrasher that was three times his size. I guess what this young fellow lacks in stature he makes up for in attitude!

I can’t wait to see what discoveries he makes today.