This juvenile Blue Jay watched intently as I filled the feeders this morning.  He’s obviously not a brand new fledgling, but you can tell he is still young by the pink around the beak and by his mannerisms. 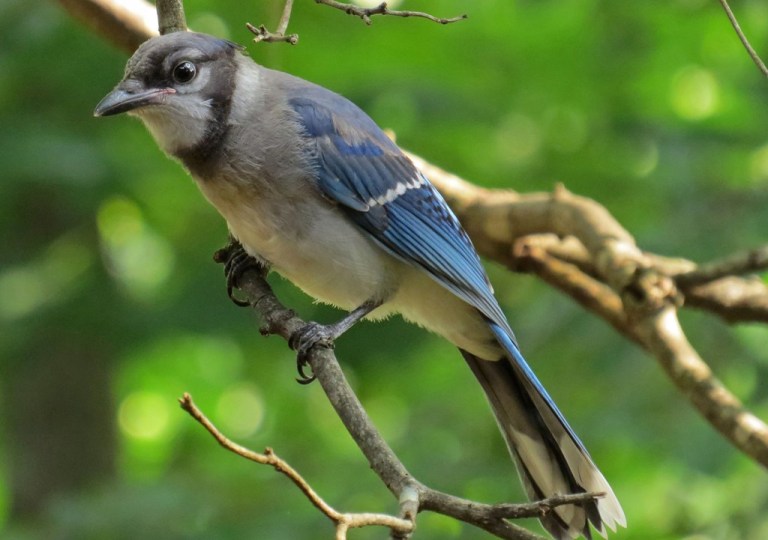 The moment I finished spreading Bark Butter on one of the branches, he hopped down and began squawking for his folks to come and feed him. 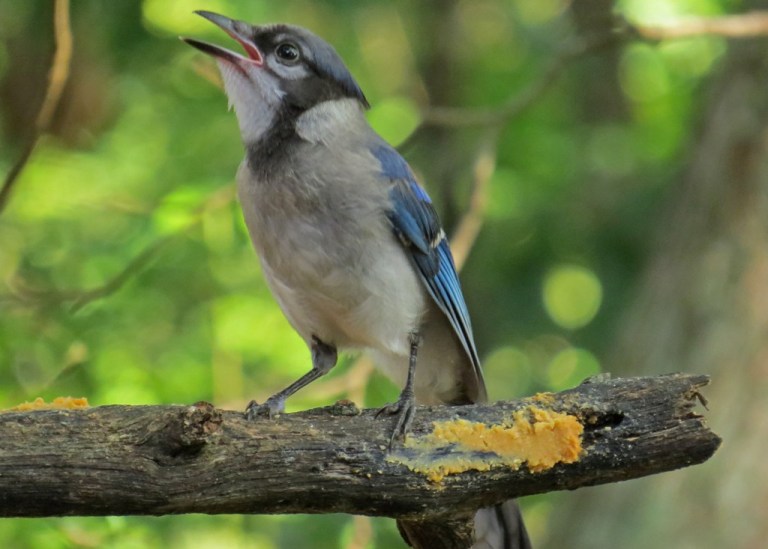 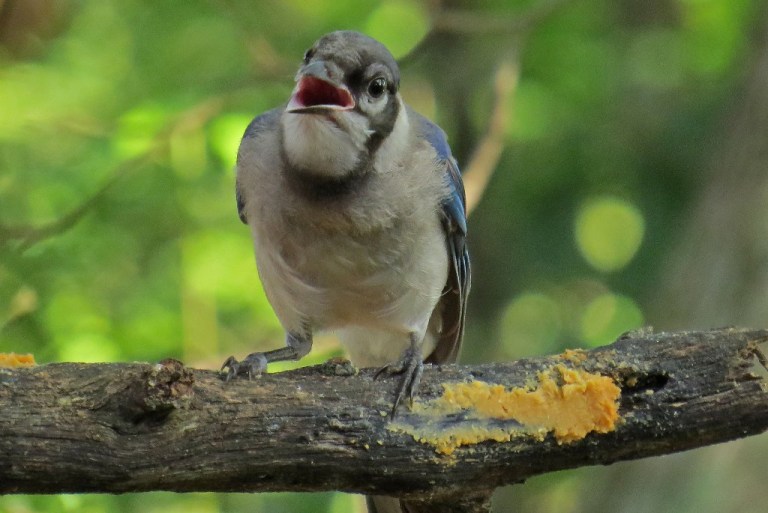 His parents either lacked the fearlessness of youth or possessed the wisdom of the aged, and kept themselves at a safe distance, not quite as ate ease with my presence.

Once he realized that he was going to have to fend for himself, he actually became quite bold. He tasted the Bark Butter, realized he liked it, and proceeded to scare off several other birds when they attempted to land on the branch. You could almost hear him boasting, “I am the lord of the branch!” 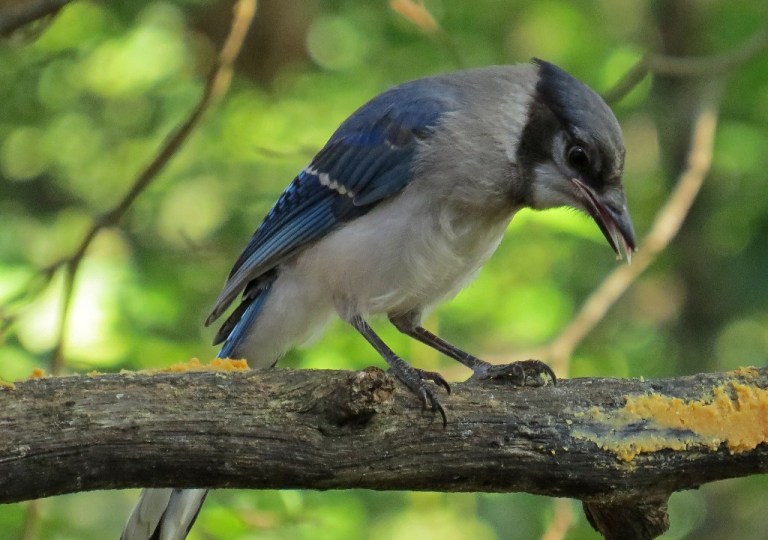 But his moment of might was short lived, as the true lord of the branch arrived and sent this young whippersnapper scurrying back to Mom and Dad. 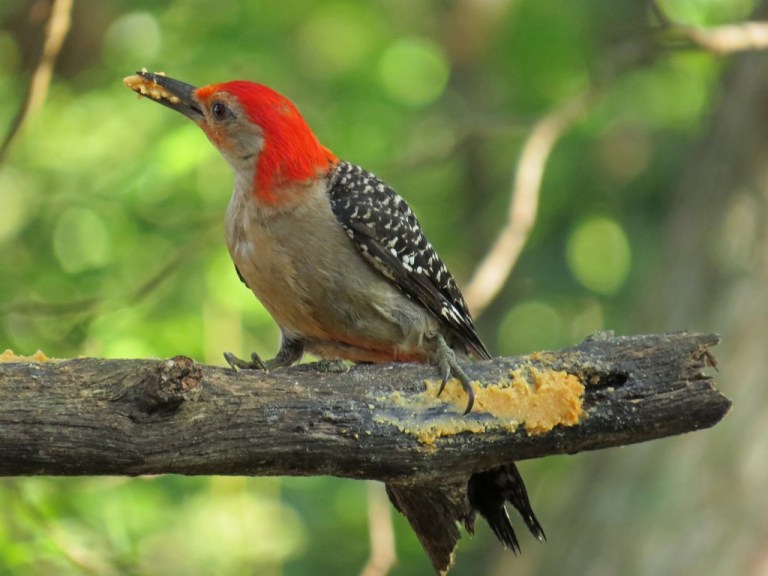 4 thoughts on “The Lord of the Branch”