Chipmunks – they are destructive little creatures! They continually dig tunnels in my backyard, they mercilessly torment my dog, and they gobble up the seed that is supposed to be for the birds. Still, instead of finding them frustrating or labeling them a nuisance, I find myself saying things like, “Aww, aren’t they cute?” And really, who doesn’t love a chipmunk?

This fellow showed up in my backyard the other day. Apparently he had heard about the “bath and beverage” special we were offering. Upon arriving, he scampered to the top of a rock at the edge of the fountain and made sure the coast was clear.

Then he looked around and listened for signs of danger – which by the way, does not include my dog, who stuffs his head down the hole they disappeared in and is completely unaware that they have emerged elsewhere and are watching him!

Next he sniffed the air – still making sure no predators were lurking about.

Then, once he felt sufficiently safe and secure, he stretched out like a slinky and lapped up some water.

After a refreshing drink, he took the time to give himself what we would call a “cat bath”, although I guess it must be a chipmunk bath too. Don’t you just love his little hands? 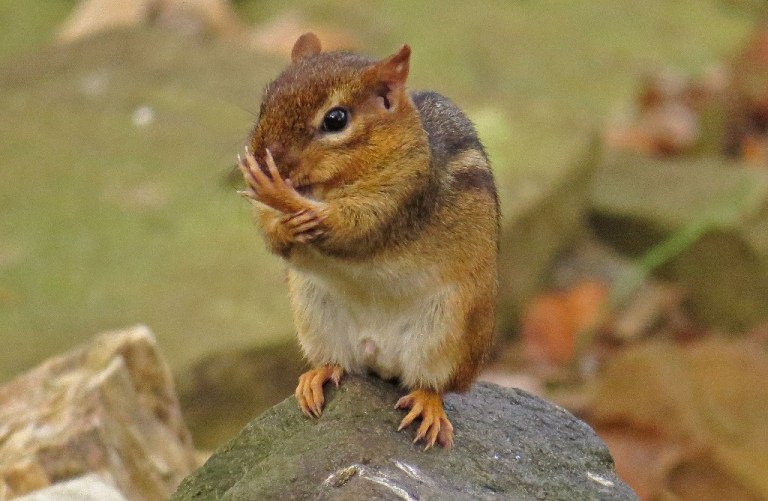 With his thirst quenched and his body bathed, he made his way over to the seed stump, where he loaded up his cheeks before darting back into his underground hideaway. 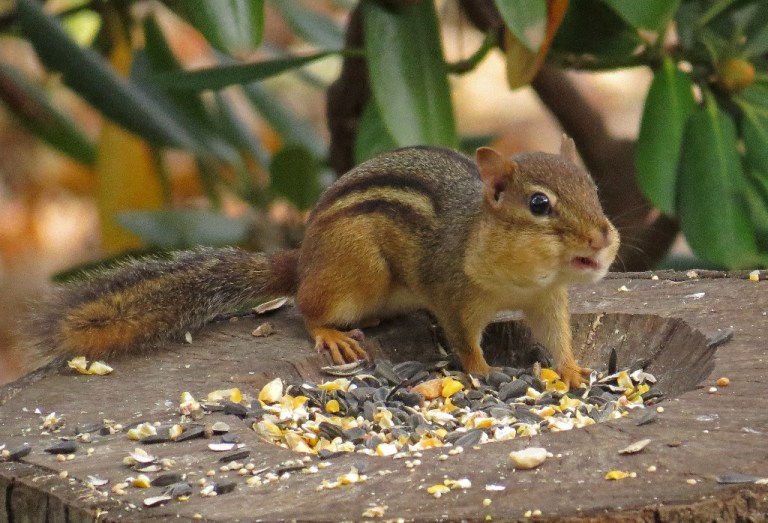 You have to admit, he is a cutie. And in spite of being a destructive derelict, he has an open invitation to hang out in my backyard. Not only does he provide me with a bit of entertainment, he gives my dog some much needed exercise!

17 thoughts on “Everbody Loves a Chipmunk”