When In Rome…Say Hey To The Horses

Sunday morning I woke up while the sun while still in its pajamas.  I sat in my big comfy bed and sipped Green Mountain coffee while I pondered a passage from the book of James.  After praying that my faith would be more than mere words, I got dressed, grabbed my camera, and headed to Berry’s mountain campus.  And so begins the sequel to yesterday’s post…

My desired destination was the stables, but I had to stop on the way and snap a quick picture of this deer.  She raised her head long enough to decide I wasn’t a threat, and then resumed nibbling the grass in the murky morning light. 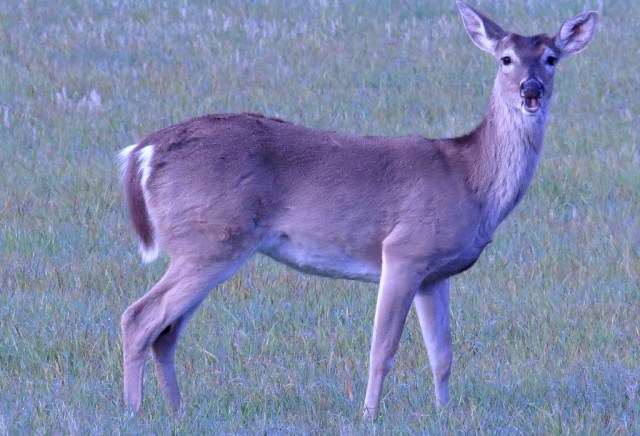 Once I got to the Equestrian area, I turned onto the gravel road (trying to convince my Bug that she is a fierce off road vehicle) and pulled over by the first pasture.  I leaned against the fence and started snapping pictures of a horse that reminded me of Cochise, the horse that belonged to Little Joe (be still my heart!) from Bonanza.

As I was busy clicking my Canon, this big fellow ambled over for some attention.  Sleepy eyed and sporting a bit of a bed head, he had grass clippings clinging to the side of his face.  He was a loveable mess, and didn’t mind in the least when I pet him and brushed off his breakfast.

As I made my way to the next pasture, several deer stood and watched me.  They were alert, but unafraid of my presence.  Berry deer are definitely used to people!

These two beautiful beasts saw me approaching their paddock and hurried over to investigate.  Aren’t they stunning?

The male walked around making that snorting, air-blowing, raspberry sound that horses make, which I later learned is called “nickering”…

…while his companion (I didn’t check the gender, but I’m going to go ahead and say female because her mane was to die for!) was content to graze in the damp grass. 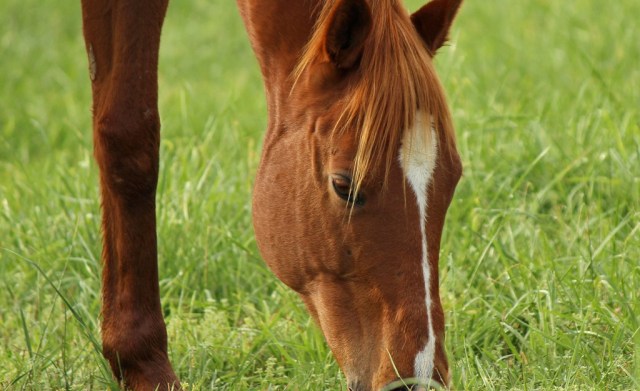 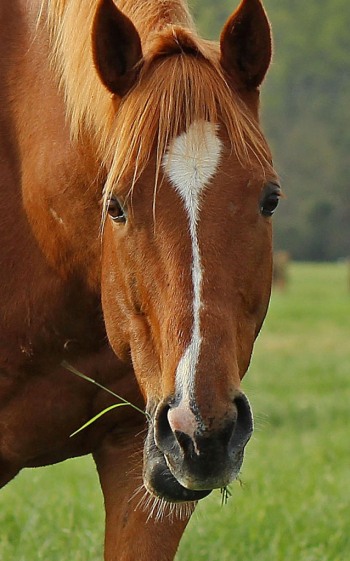 Being in the midst of such majesty was a wonderful way to start the day!

Tune in tomorrow for yet another “When In Rome” post, this time starring a pair of mating Mallards!

Wife, mother, daughter, and friend. One who dabbles in writing, thinks in rhyme, and is utterly unable to escape the allure of alliteration:) Amateur nature photographer. A backyard bird watcher, a hiker of non-strenuous trails to waterfalls, and a fan of Atlanta sports teams. Driver of an orange Jeep Renegade who goes by the name of Earl. One who is nourished by silence, solitude, and a good cup of coffee. A lover of God’s Word and the riches that are hidden there. An extremely ordinary jar of clay who longs to see and be satisfied by the glory of God, and to somehow display that in my everyday life.
View all posts by kathydoremus →
This entry was posted in Words Without Birds and tagged beauty, berry college, horses, inspiration, nature, photography, writing. Bookmark the permalink.

5 Responses to When In Rome…Say Hey To The Horses