My new birdbath has become quite a happenin’ place!

The other day I enjoyed watching a couple of Robins splash about.

Robin number one landed in the water and wasted no time before engaging in some serious wing flapping and water spraying.

His bath was rudely interrupted by a bossier Robin who landed on the edge and then took over the basin. 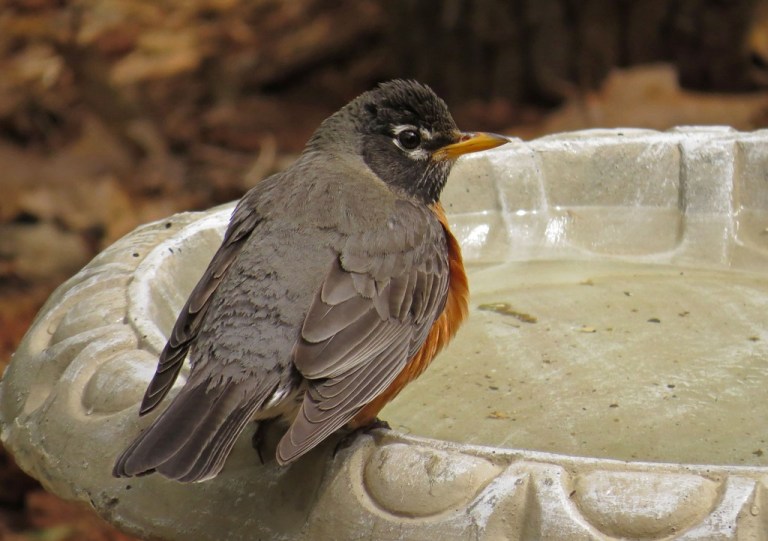 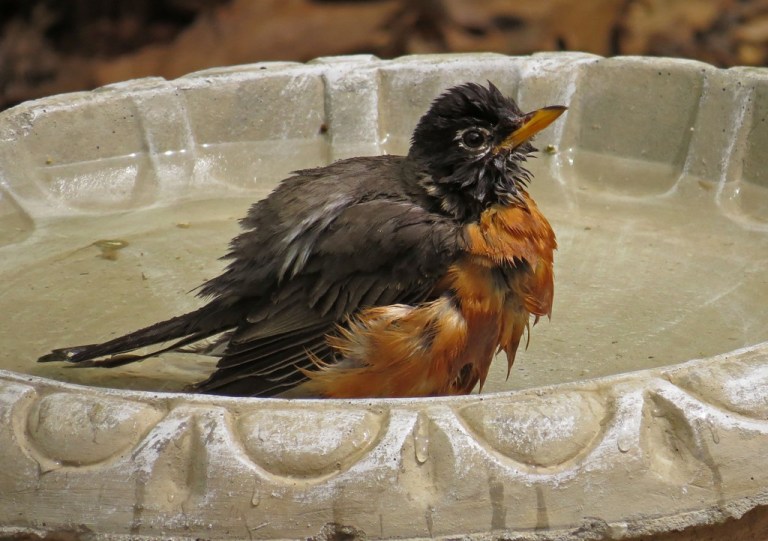 As he was scruffing his feathers and giving his head a good scratching, I was fascinated to see that his ear was exposed.

Isn’t that kind of cool!
For most birds, their ear openings stay covered by a cluster of feathers called auriculars.  (I had to look that up!)  These feathers help to protect the ears from debris and also from wind noise.  But sometimes, when a bird is molting or bathing, the ear is visible.

Once the head scratching was complete, this fellow gave himself a thorough soaking… 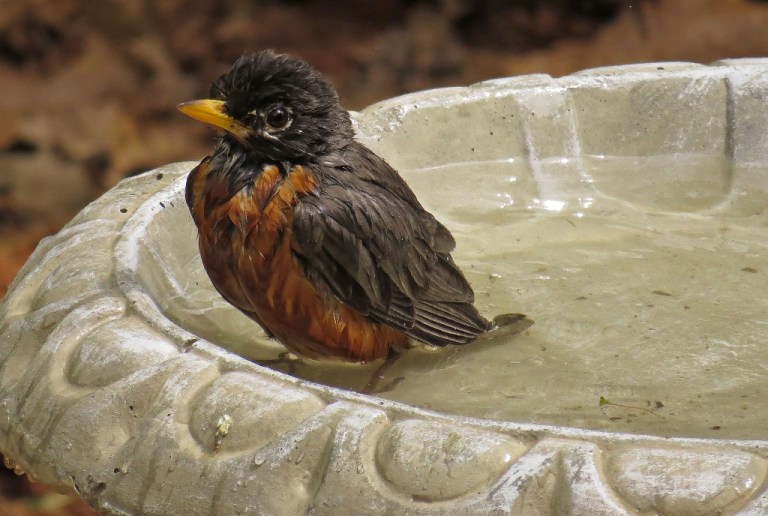 …and then shook off the excess water and off he flew.

And now you can say that you are one of the few who has seen a Robin’s ear!
I wonder who will be the next bird bather to enjoy the new bath!

27 thoughts on “Have You Ever Seen A Robin’s Ears?”