During the summer season, my picture taking seemed to take a bit of a sabbatical (life happens!) but I am hoping to remedy that during the months of autumn.

This morning, I noticed that there was a flurry of butterfly activity amidst the front yard flowers, so I picked up my camera and decided to simply share the first five that I could capture in a photograph.

The Spicebush Swallowtail was first.  This one doesn’t come around all that often, so I was pleased to get its picture.

Next came a handful of Gulf Fritillaries.  There were at least five of them flitting about, looking as glorious as ever. 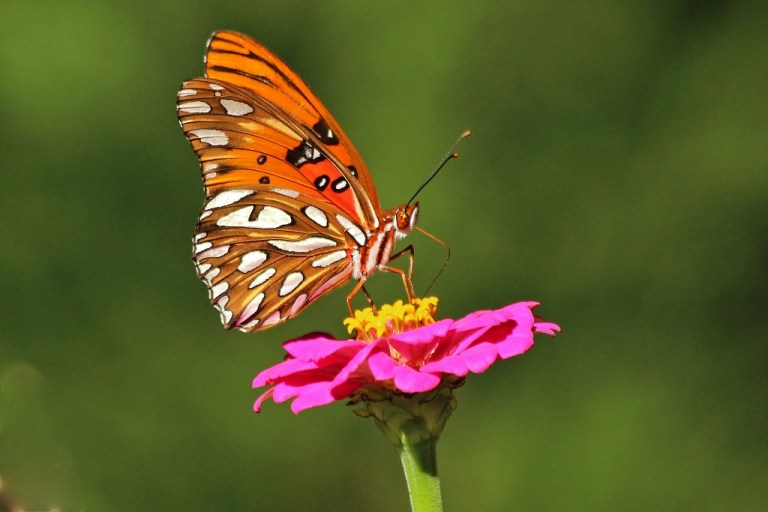 The American Painted Lady was the next to pose.  Again, there were several of these splitting their time between the butterfly bush and the zinnias. 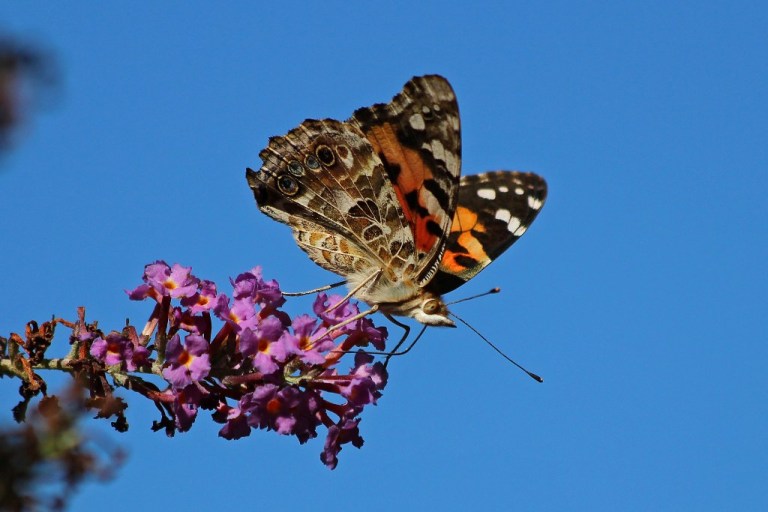 A little Fiery Skipper (don’t you just love that name!) also showed up.  He was a little less cooperative about sitting still, which was partly due to the fact that some of the larger butterflies completely ignored his personal space and kept confiscating whatever flower he was occupying.

And last on the list was the Long-tailed Skipper.  I tend to call Skippers the button-eyed butterflies, since that seems to be one of their features that stands out to me.

Aren’t his colors beautiful when his wings are open?

So there you have it…the first five to arrive, front yard edition.  Maybe next week I’ll head to the deck and simply share the first five birds to arrive in the backyard.

I really do want to get back in the picture taking habit, so don’t let me be a slacker!