I’ve been waiting, and watching, and wondering if my favorite migrator, the Rose-breasted Grosbeak, was going to pay a visit this year.  Then yesterday morning, I looked out the window and there he was!

I only had a few minutes before I had to leave the house, so I snapped off a few shots with the hopes that he would return later in the day.  Thankfully, he did just that.

Whereas the male Grosbeak is bold and striking…

…his female counterpart, who also made an appearance, tends to be more delicate and demure, both in tones and in temperament.

Although she kept her distance while I was outside, he seemed rather curious about me and not the least bit shy. 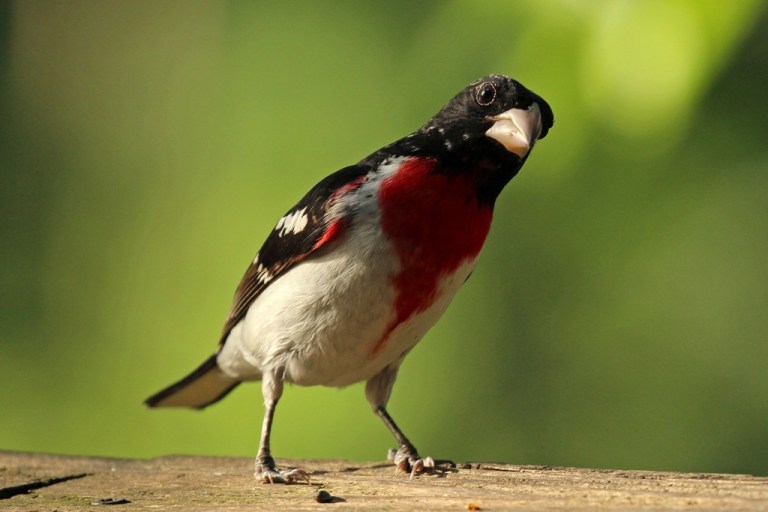 At one point, I tried to see how close he would let me get, but he didn’t seem the least bit concerned by the lady with the giant lens.  I guess he decided that the hand that is feeding him must be friend and not foe.

Anyway, I wanted to get this close up of his face so that you could see the cool ring around his eye.  It kind of reminded me of a camera. 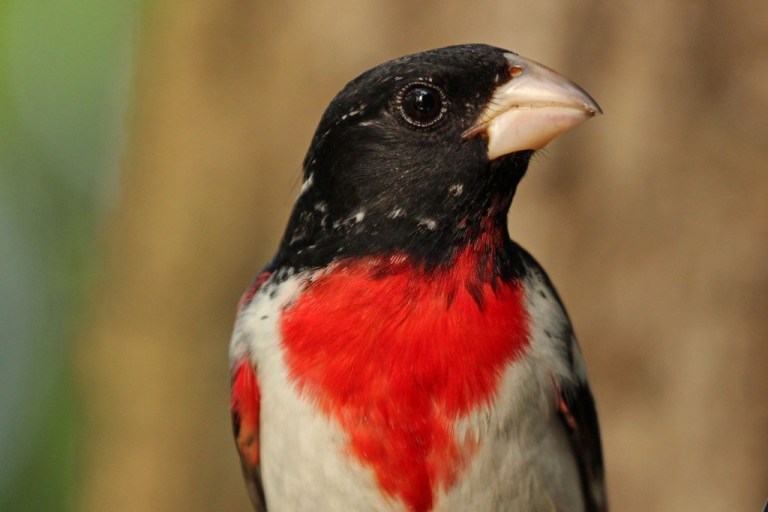 He has been at the feeders constantly since he arrived, crunching and munching and feasting away with a beak that is built for just such a task.

He is definitely going to be well nourished when he starts the next leg of his journey.

I know he won’t be here long, so I am planning on enjoying every moment of his visit. 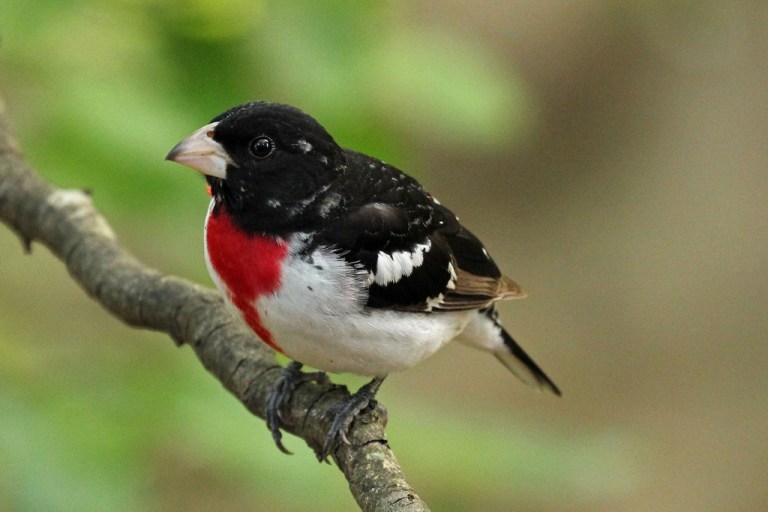 And although he arrived later in the season than usual, it was definitely worth the wait!

30 thoughts on “Worth The Wait”