Since earlier this month, a pair of Red-headed Woodpeckers has made my backyard a daily dining spot. 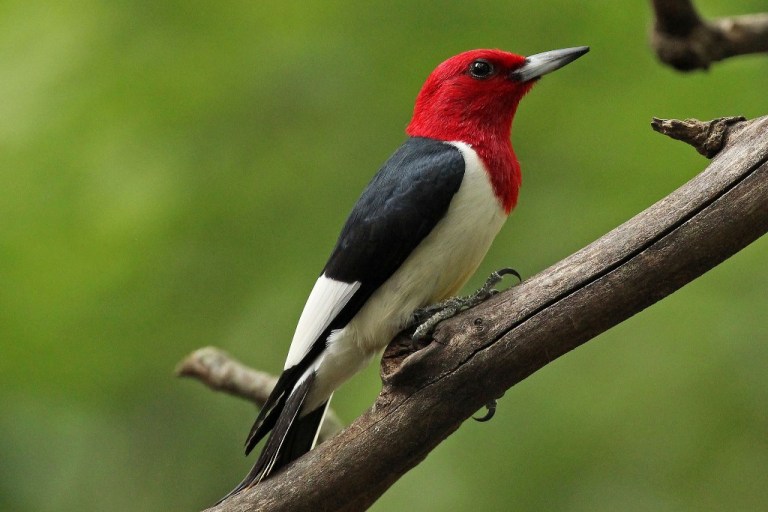 They take turns coming to the feeders, which leads me to believe that they have eggs or a little one in a nearby nest.  They would be hard to tell apart if it wasn’t for their personalities.

The first (let’s say it’s the male) has gotten brave and is usually not at all concerned by my presence.  He has a clear routine when he shows up, announcing his arrival with noisy chatter.
First, he swoops in and lands on his favorite perch… 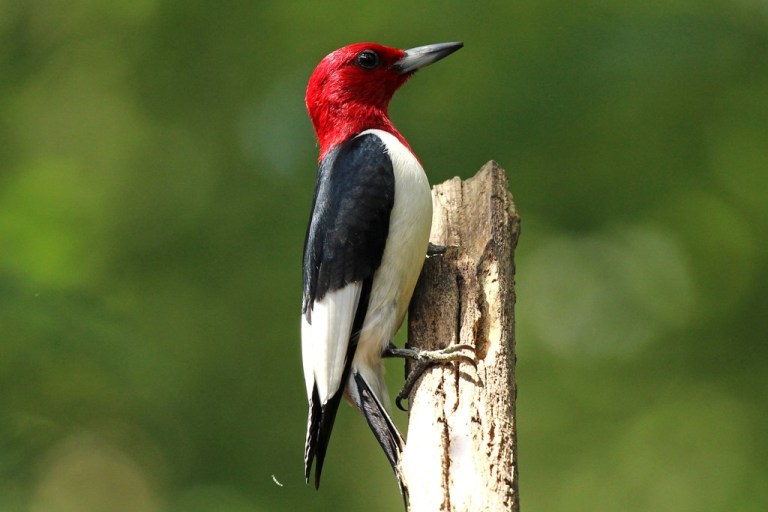 ….then, after he surveys the scene and communicates that this territory belongs to him…

… he flies over to grab a peanut… 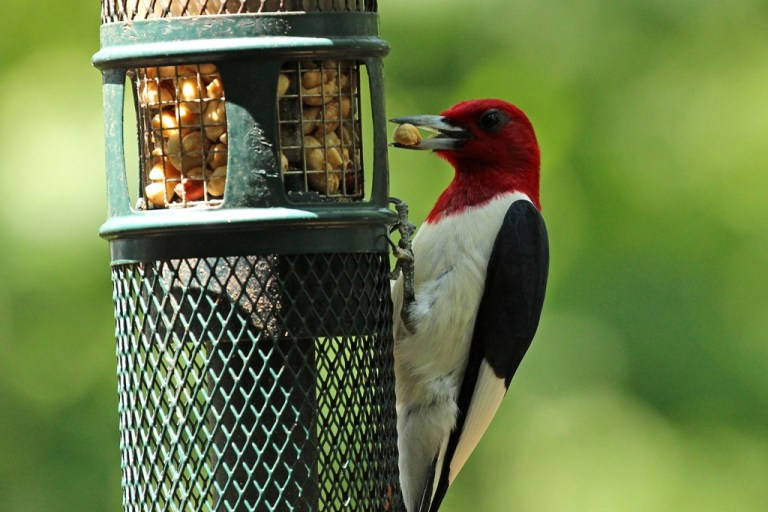 …and then returns to the perch, jamming the peanut in a crevice of the wood so he can peck at it.

The other half of the pair is a bit more cautious and tends to skit from branch to branch before coming closer.

Rather than peanuts, she seems to prefer Bark Butter. 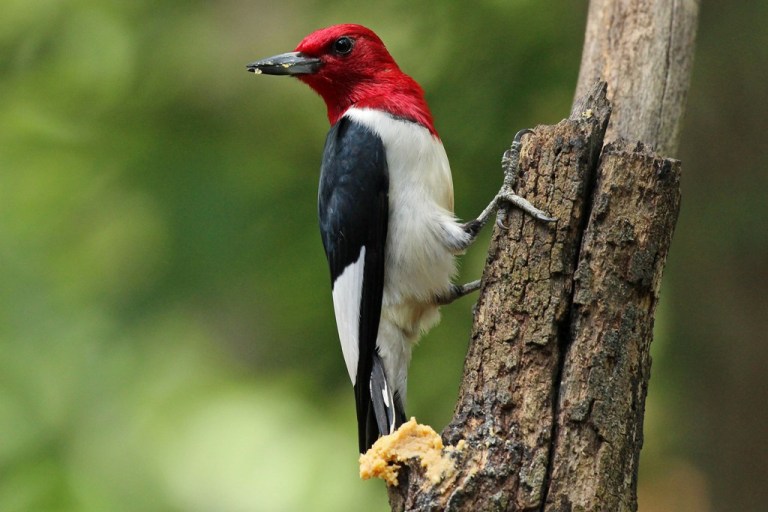 Neither of them are fond of this other red, white, and black fellow…

…and will swoop down in an open-beaked blur to defend their food supply.

I am hoping that they will eventually have a youngster to bring to the feeders, although then they tend to get even more territorial. 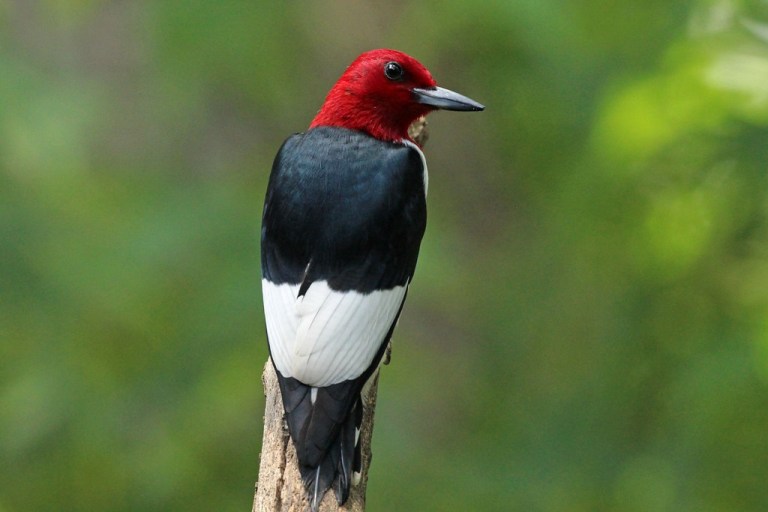