The Northern Flicker that I posted about earlier in the season, has (much to my delight!) become a frequent visitor to the backyard feeders. He is still a bit skittish, but occasionally his desire for food will surpass his uneasiness around the camera and he will bless me with chance to snap a few shots.

Yesterday was one such occasion.  I saw him hanging around the edges of the yard when I was refreshing the seed and it didn’t take long for him to venture closer.

Then he landed on the deck rail (which has a seed tray tucked behind it courtesy of hubby’s handiwork!) and proceeded to give a “don’t-even-think-about-it” glance to a watchful Red-winged Blackbird who had also been watching me fill the feeders. 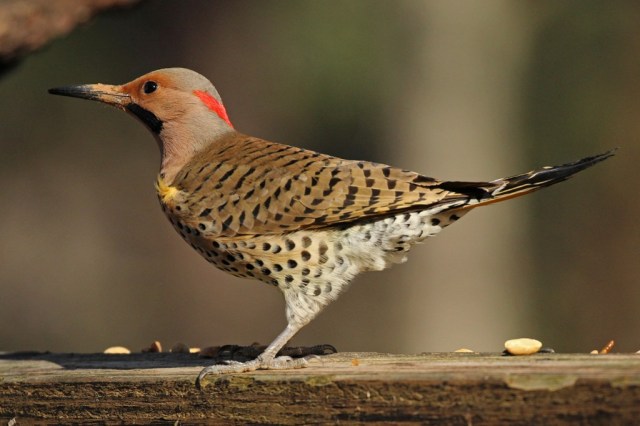 The Blackbird kept his distance, though not without a voice of protest… 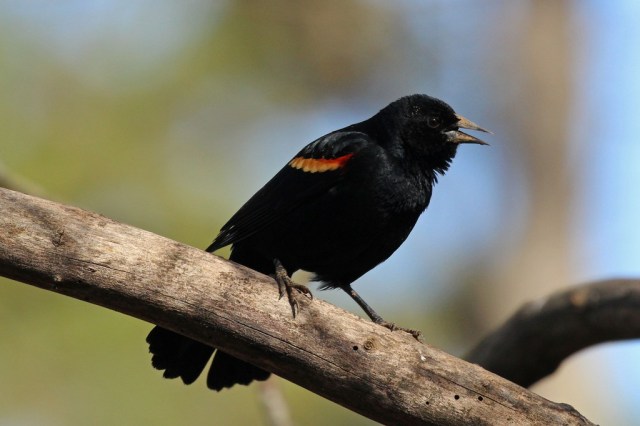 …and the Flicker proceeded to feast.

Unlike my Blue Jays, who pack their pouches and then fly off to partake of the bounty elsewhere, this fellow pecks the peanuts apart, moves them from beak to belly, and then repeats the process. 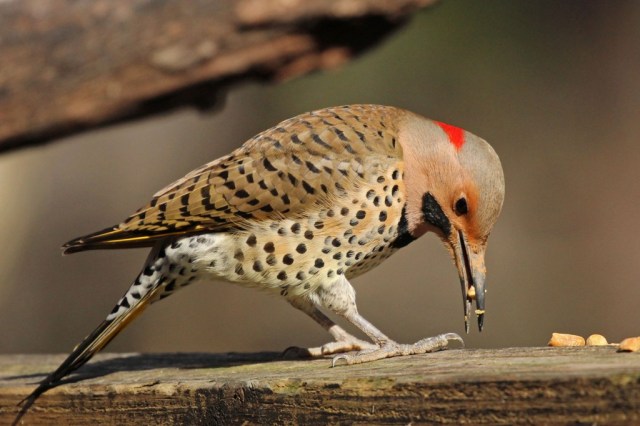 He perched on the rail, using his tail for support, and took his time eating. 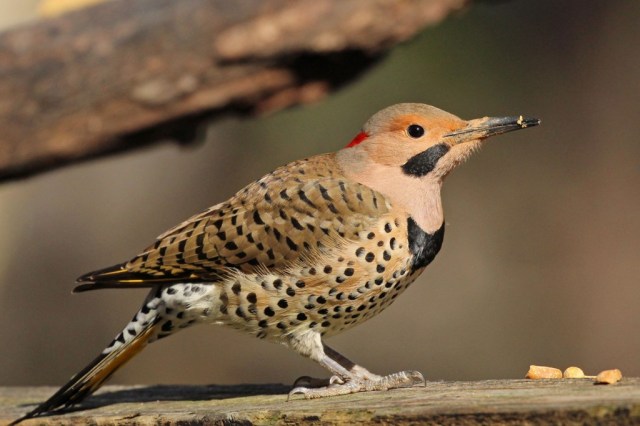 Then he turned and flew to the large Oak at the back of the yard and leisurely preened his feathers. 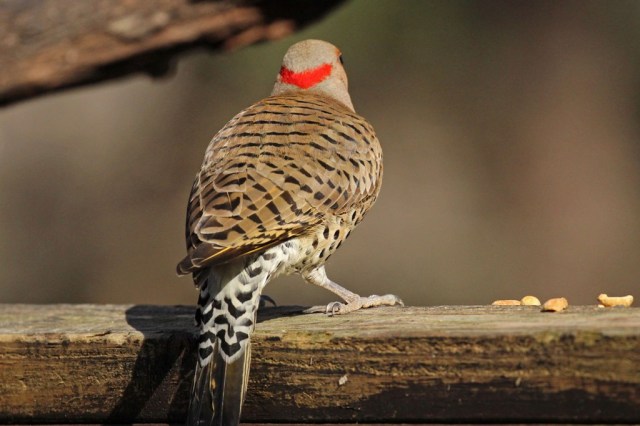 I am so hoping that this fellow meets a female Flicker and brings little baby Flickers to the feeders in the not so distant future. 🙂

Wife, mother, daughter, and friend. One who dabbles in writing, thinks in rhyme, and is utterly unable to escape the allure of alliteration:) Amateur nature photographer. A backyard bird watcher, a hiker of non-strenuous trails to waterfalls, and a fan of Atlanta sports teams. Driver of an orange Jeep Renegade who goes by the name of Earl. One who is nourished by silence, solitude, and a good cup of coffee. A lover of God’s Word and the riches that are hidden there. An extremely ordinary jar of clay who longs to see and be satisfied by the glory of God, and to somehow display that in my everyday life.
View all posts by kathydoremus →
This entry was posted in Backyard Birds and tagged beauty, bird feeding, birds, hobbies, nature, Northern Flicker, photography. Bookmark the permalink.

20 Responses to A More Frequent Flicker