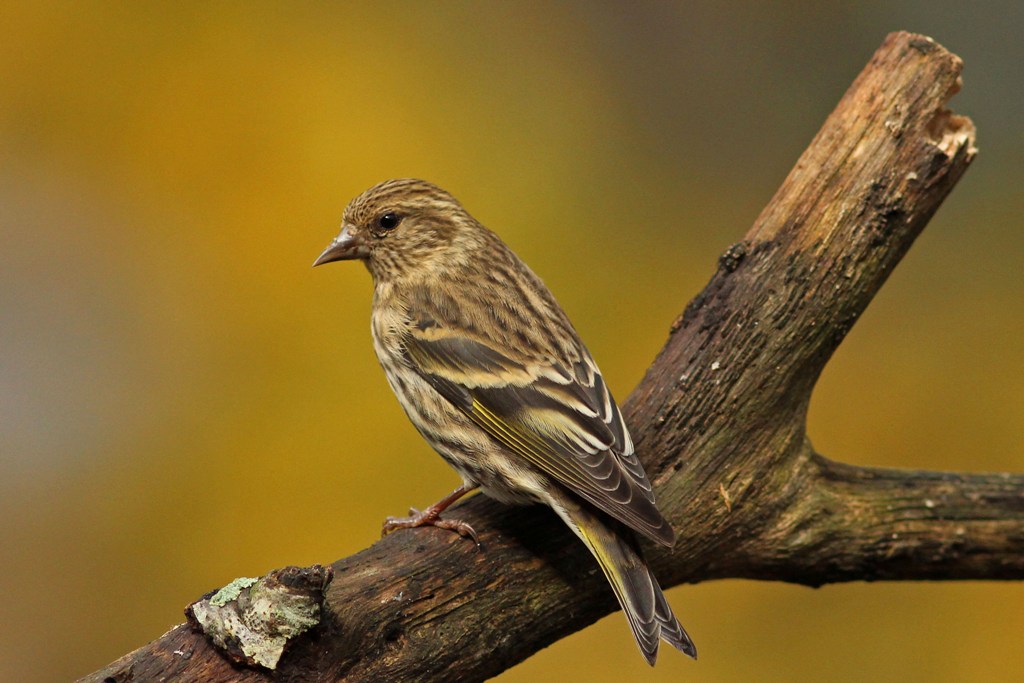 My backyard is overflowing with Pine Siskins. What started off as a handful of birds has multiplied to Hitchcockian proportions!

These little finches are incredibly cute…

…and sing a soft, sweet song…

…but don’t let their gentle appearance fool you!

When it comes time to eat, if there are a limited number of perches these finches turn fierce!

Let me show you what I mean…and go ahead and cue the epic battle scene music in your mind…think “Lord of the Wings” soundtrack!

These birds can be oh-so-aggressive, even trying to steal food out of each other’s mouths. And as you can see, they don’t always fight fair. That foot to the chest maneuver in the photo below – well, I’m pretty sure that’s a penalty!

At times, it seems like they are engaging in a finch fencing tournament, with their advancing and retreating and lunging.

The cool thing is that in the midst of their bickering you get to see the typically concealed strips of yellow on their wings and on their tail feathers.

I have never had this many Siskins in my yard at one time. Scientists would call it an “irruption” – where birds show up unexpectedly and in surprising numbers. While I have to admit that it is entertaining to watch them in their flurried frenzy of fighting…

…I do hope their visit is rather short-lived, as some of my other birds are intimidated by this mighty little finch mob and seem reluctant to come and eat.

Who knew that Pine Siskins were such winged warriors!