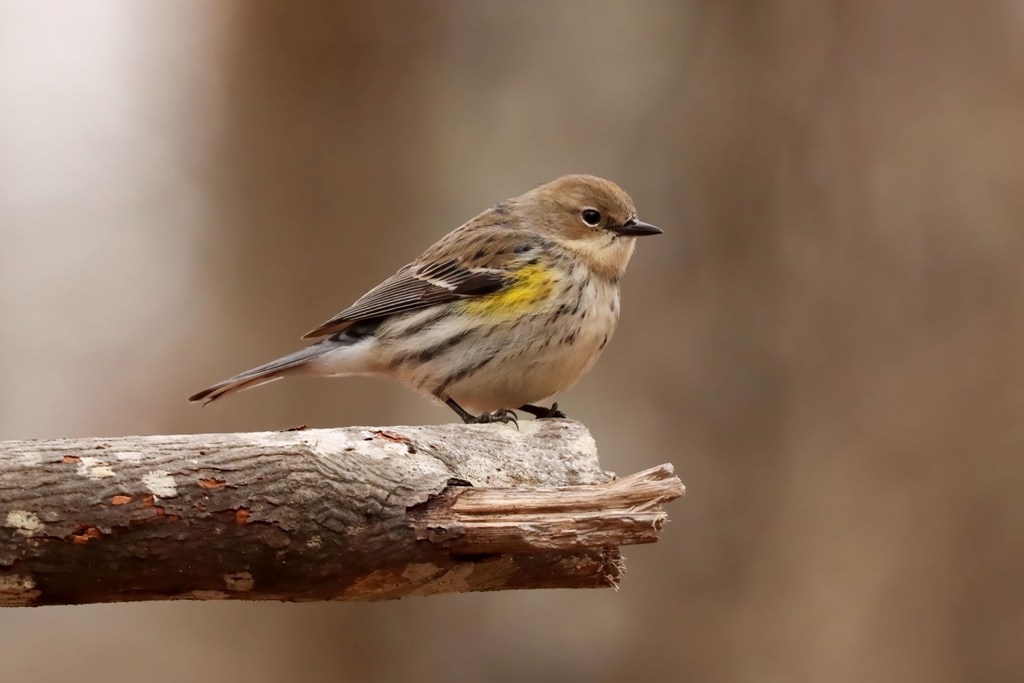 I saw my first Yellow-rumped Warbler in the new backyard today. (If you happened to hear a loud cheer it was probably me!)

I was hoping these lovely little birds would find their way to the Bark Butter I’ve been putting out. They were fairly faithful visitors where I used to live, showing up on a regular basis during their migration months.

I wish I could say that everyone gave these buttery beauties the same warm welcome that I did, but it was not the case. The Pine Warblers were not amused! In fact, they seemed to call a temporary truce on their squabbling with one another so they could wage war on the newcomer. Below are a couple of blurry battle photos! Although it might appear otherwise, the Yellow-rumped was jumping up backwards out of the way.

The good news is that I have Bark Butter spread on several branches, so when he was swooped off one branch he simply flew to another and resumed eating.

I hope he goes and tells all his friends about his discovery…although that might result in quite a bit of aerial attacks in the backyard! I’d like to think they would realize that there’s enough to go around, but I’m not gonna hold my breath on that. Besides, their bickering does make for some good entertainment.