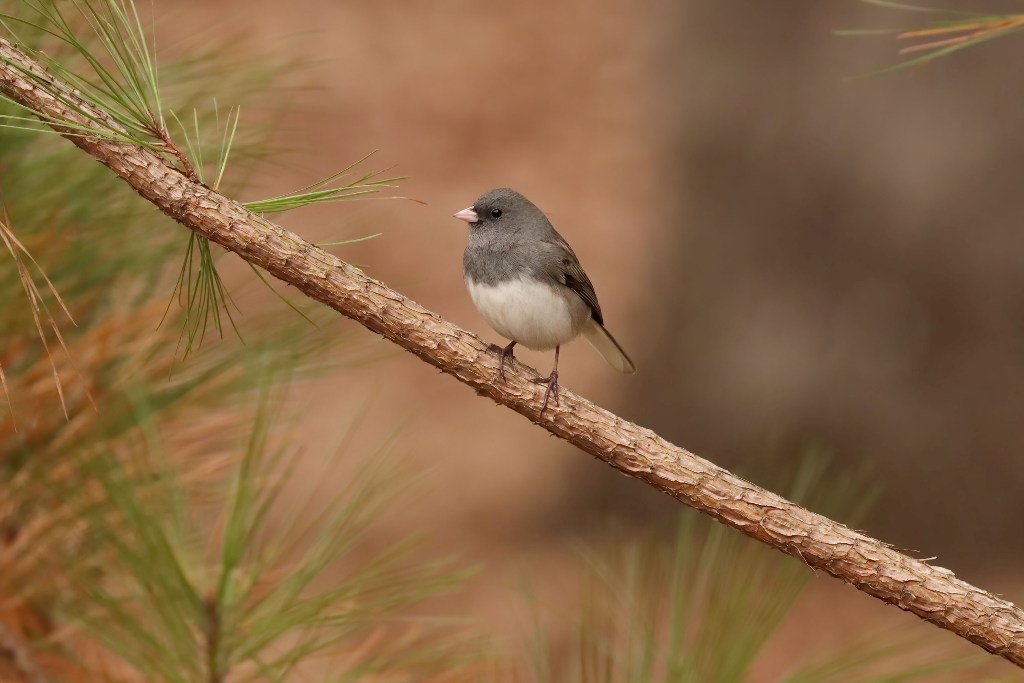 Today started off sunny and cold, but by afternoon the first adjective had been eliminated! It seemed like a lot of little birds were showing up, so I grabbed my camera and headed out for a a bit.

A Blue-headed Vireo (this was my first time capturing one in a picture) was darting back and forth between the Holly and the Japanese Maple. He would occasionally dash down for a quick drink, but mostly stayed tucked away amidst the leaves.

…as was a Brown Creeper – a bird whose name makes him sound rather villainous!

And a pretty little Dark-eyed Junco posed on a pine branch before taking a brief bath.

All four of these lively little lovelies are seasonal visitors, not year-round residents, so it is always a treat to have them show up and let me snap a few photos.

Leave a Reply - I'd love to hear from you! Cancel reply