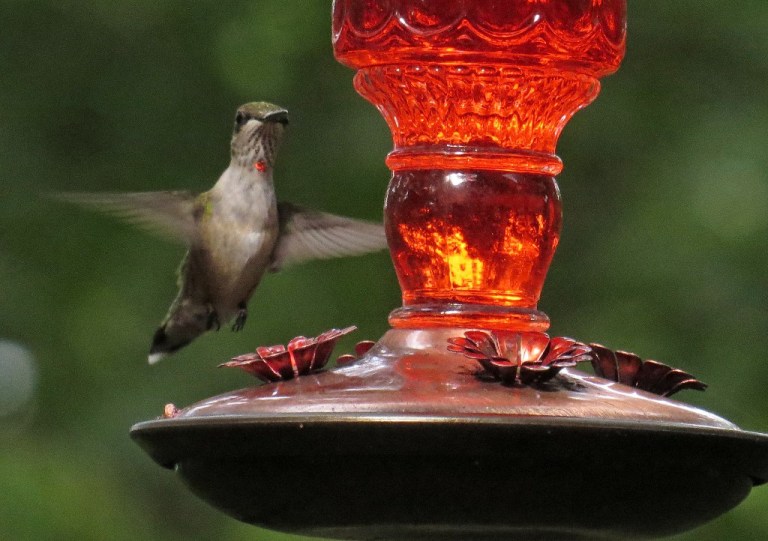 My backyard is buzzing with Ruby-throated Hummingbirds these days.  These tiny birds mesmerize me as they dart about displaying their shimmering colors.  As I have watched them over the last several weeks, it seems there are three words that describe their daily behavior: guzzle, guard, and groom.

Hummingbirds GUZZLE nectar from flowers and feeders all day long.  They feed about seven or eight times every hour, since they need to take in about twice their body weight each day.  These litttle guys (and gals) are extremely intelligent and are able to remember the location of every flower they visit and can judge when its nectar supply will be replenished. 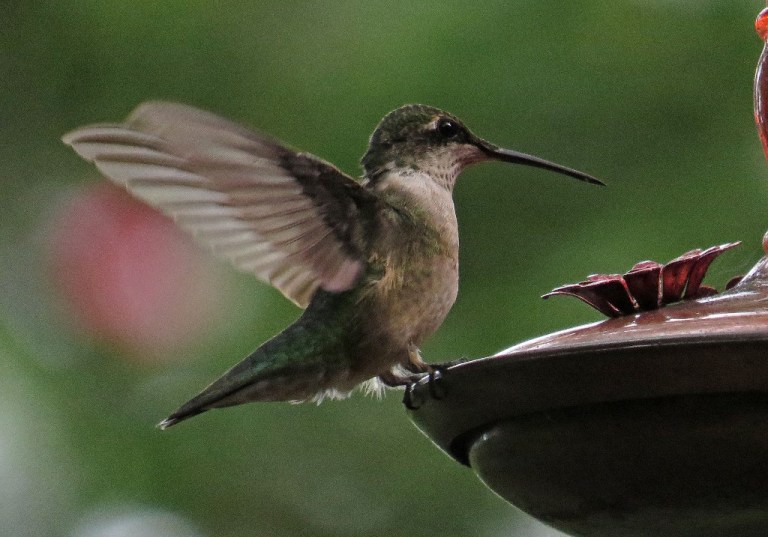 If you watch them feed,  it looks like they sip the nectar through their long, narrow beaks, but they actually lap up the liquid with their tubular tongues. 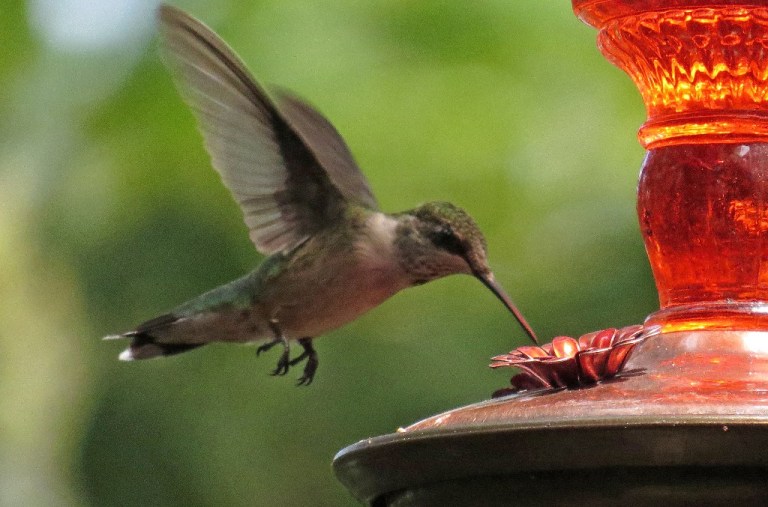 When they are not guzzling nectar, hummingbirds are likely standing GUARD on a nearby perch.  They are quite territorial and will engage in some entertaining aerial antics as they chase other hummingbirds away from their food source, diving at speeds up to 60 miles per hour. 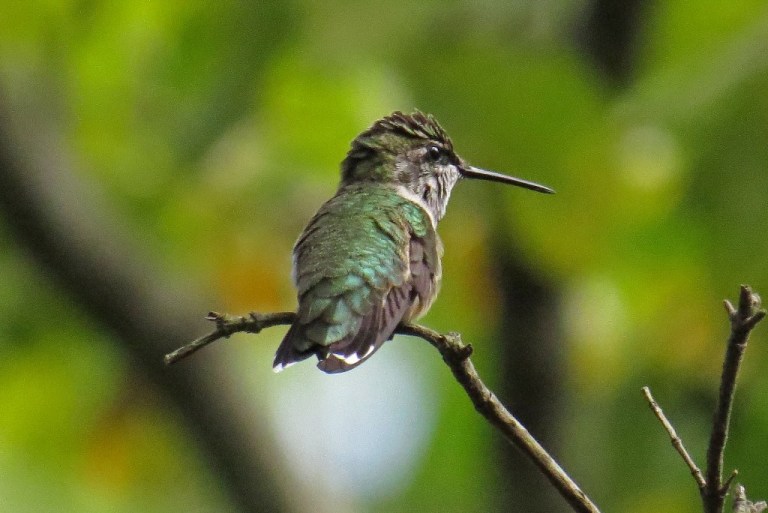 Although they are able to grip a branch, hummingbirds have weak feet.  They rarely walk or hop, choosing instead to fly from one place to the next.  If you look carefully at the picture below, you can see his clear tongue.  I think he is getting a small water droplet from the mister that I had spraying. 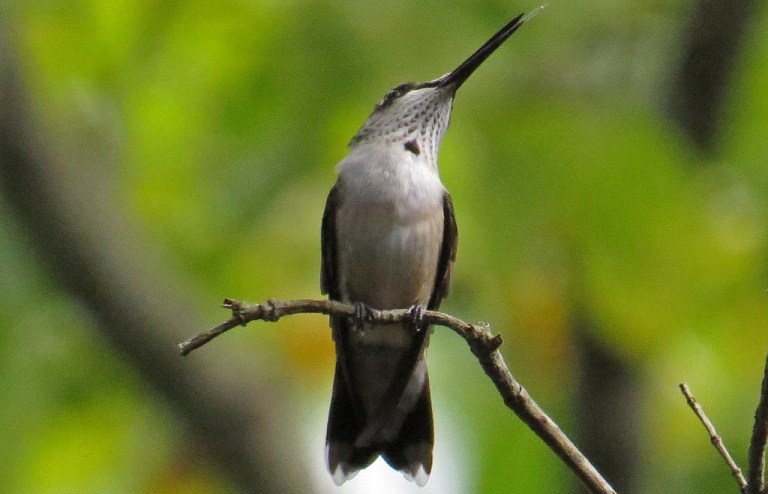 Let me zoom in a bit… 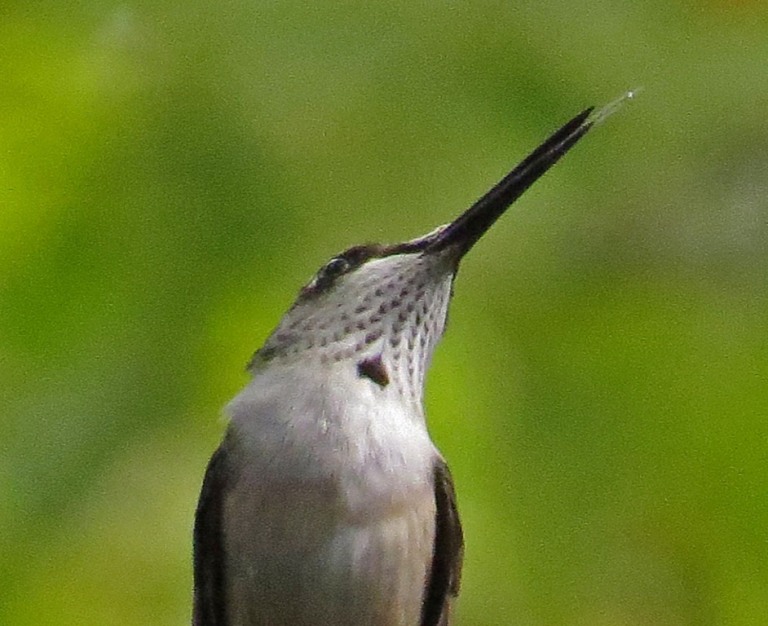 Often, when they are perched, these birds will take a brief break from guarding so they can GROOM their feathers.  Since they spend so much of their time flying, it is important for their feathers to be kept in good condition. 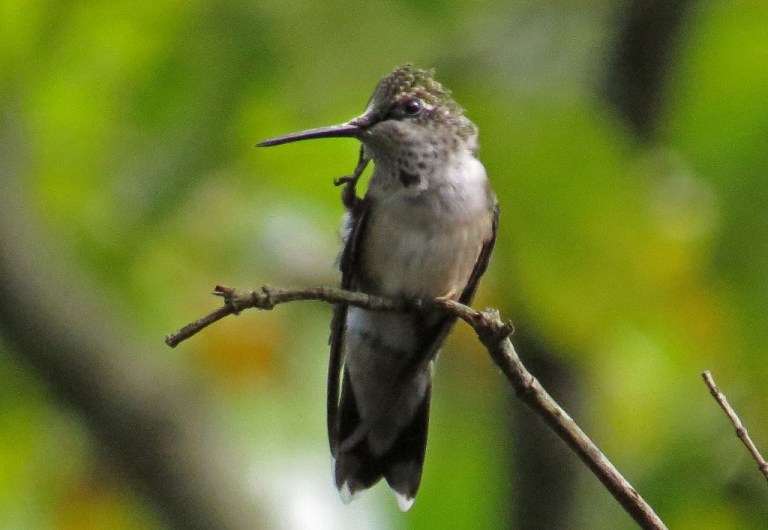 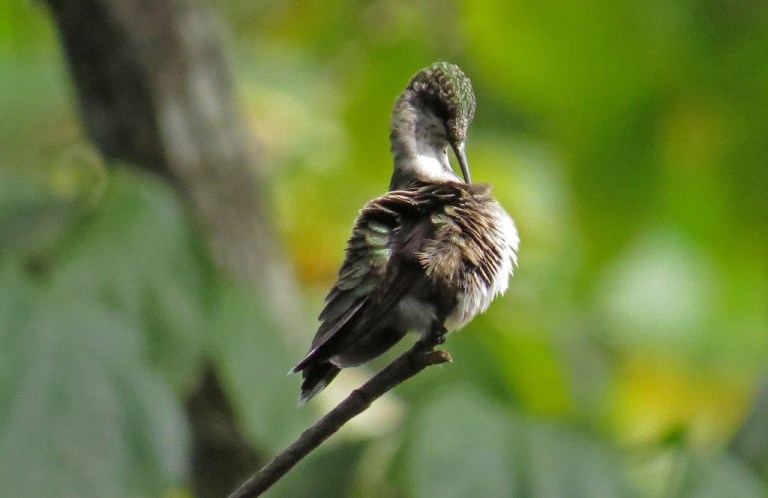 Hummingbirds are the only birds that can fly forward, backward, up, down, and sideways.  They also can hover in place, with their wings beating so fast that they make a humming sound, which is how they got their name. 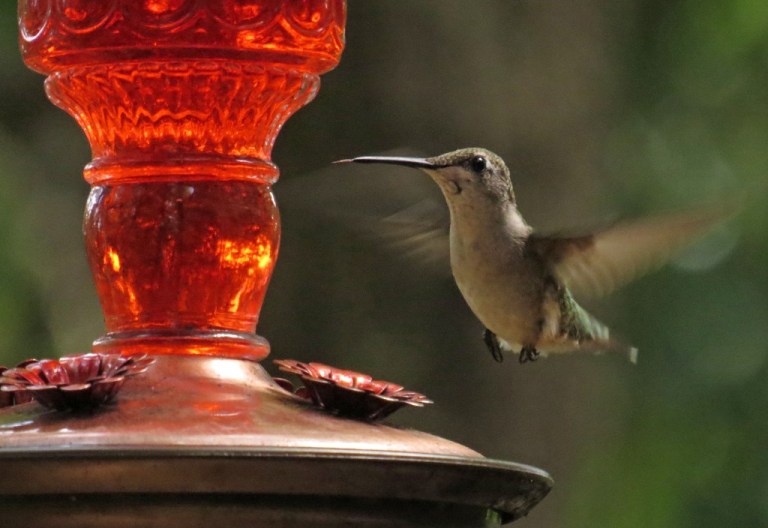 Whether they are guzzling, guarding, or grooming, these little birds are fascinating and fun to watch!  I will miss them when they head south for the winter. 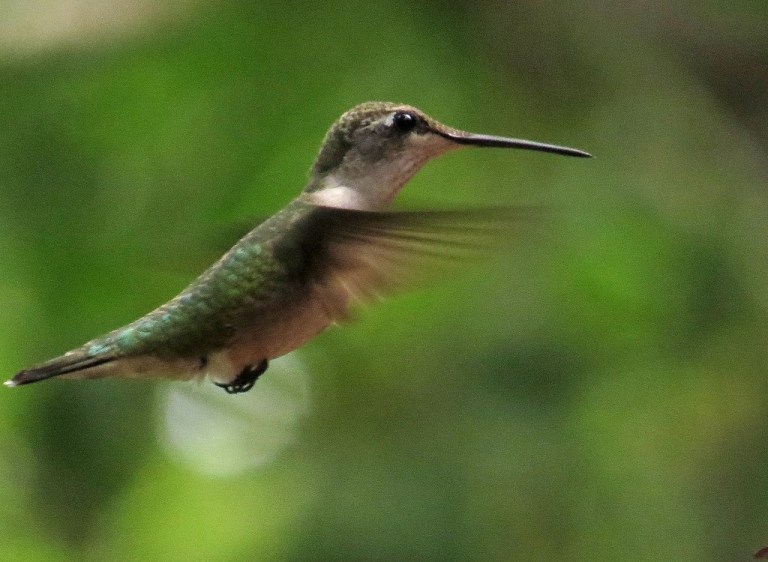 9 thoughts on “Guzzle, Guard, and Groom”