He would flap his wings with gusto, spraying water every which way, and then sit and soak for awhile, his back bedazzled with glimmering droplets.

At one point he became a total blur of brown.   I promise he’s in there somewhere!

He gave the impression that he was in no particular hurry; that he didn’t have a worry in the world.  Maybe he knows that God takes care of the birds of the air – which makes him a faster learner than me. 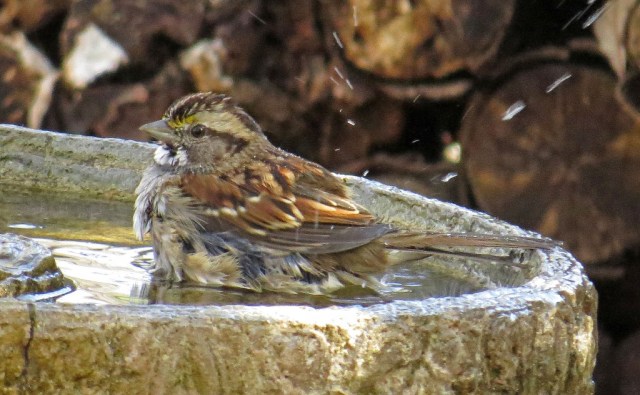 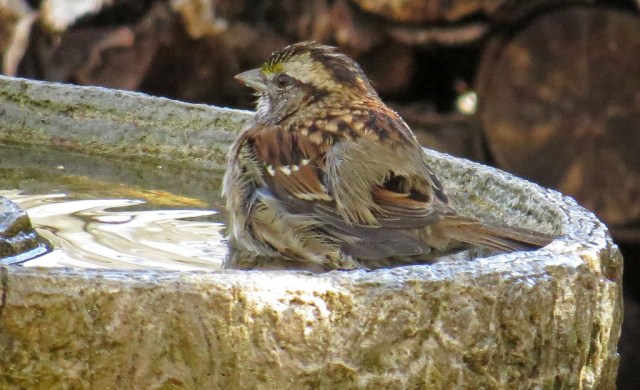 As I sat and watched him I found myself smiling and envying him a bit.  Oh, to live with such abandon!

In case you were wondering what this little bird looks like in a less drenched state, I’ll close with two pictures of a second sparrow of the same species that was displaying his more refined side. 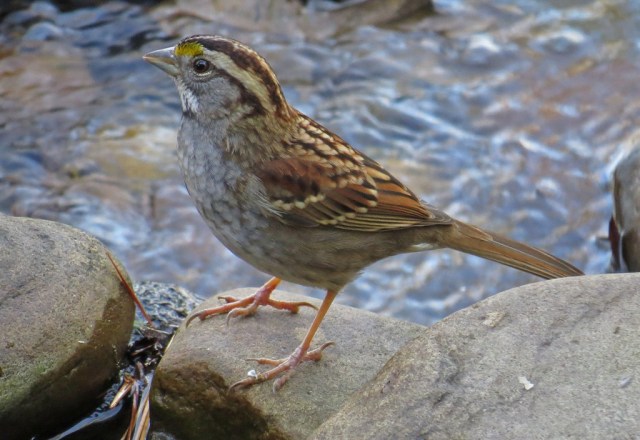 Wife, mother, daughter, and friend. One who dabbles in writing, thinks in rhyme, and is utterly unable to escape the allure of alliteration:) Amateur nature photographer. A backyard bird watcher, a hiker of non-strenuous trails to waterfalls, and a fan of Atlanta sports teams. Driver of an orange Jeep Renegade who goes by the name of Earl. One who is nourished by silence, solitude, and a good cup of coffee. A lover of God’s Word and the riches that are hidden there. An extremely ordinary jar of clay who longs to see and be satisfied by the glory of God, and to somehow display that in my everyday life.
View all posts by kathydoremus →
This entry was posted in Bathing Beauties and tagged bird photography, birds, georgia, inspiration, nature, photography, wildlife, writing. Bookmark the permalink.