Two juvenile Blue Jays showed up for a visit yesterday afternoon.  The first was probably a late spring baby, whose youth was evidenced more by his actions than his appearance.  He landed on the deck rail and looked at me quite curiously. 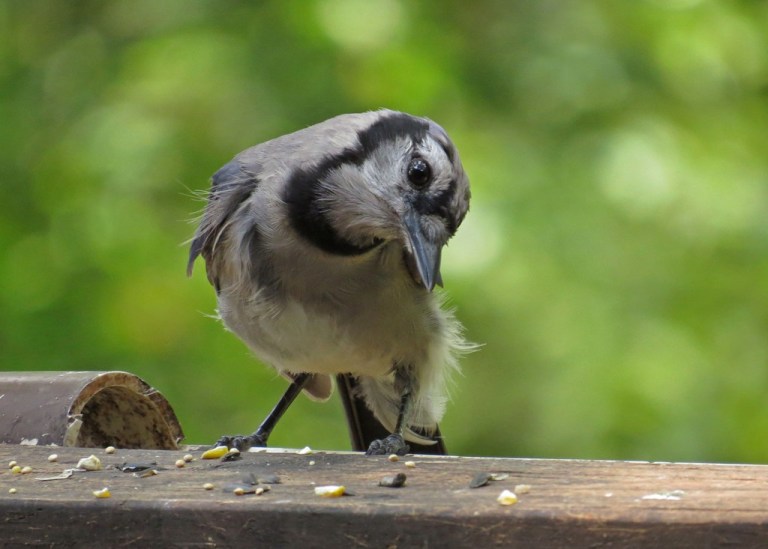 Then he proceeded to nibble from the seed try. 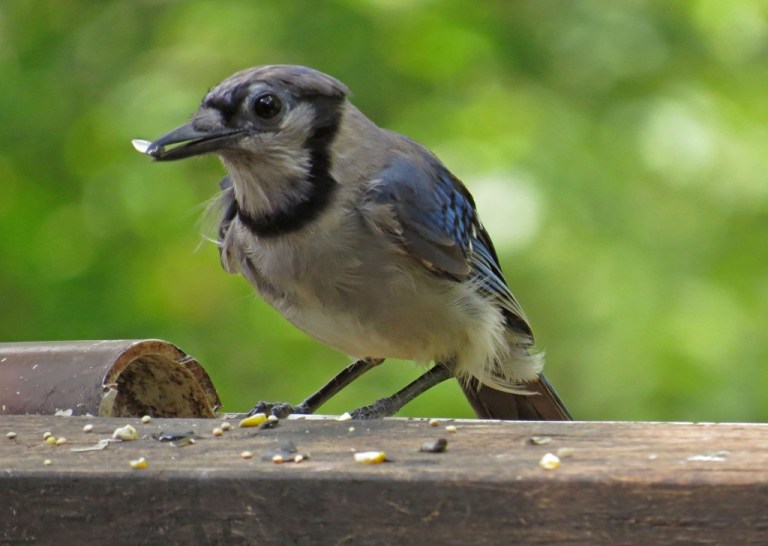 The second Blue Jay was much younger and arrived with open-beaked bravado.  He perched on a nearby branch to scope out the food offerings, loudly warning anyone who was listening that he was a bird to be reckoned with!

He seemed delighted to discover the peanuts I had hidden in the nook of the Dogwood.

There’s something endearing about these two youngsters. 🙂