Oftentimes, when I am standing on the deck with my camera, I hear the loud cry of a Hawk, which turns out to merely be a Blue Jay doing his best Hawk imitation.

But yesterday the real deal showed up – and to say the backyard was loud is an understatement!  Not only was the handsome Red-shouldered fellow squawking incessantly, but about a dozen angry Jays were also boisterously voicing their displeasure at his presence.

It was hard to get a clear shot of him as he was perched high in the tree, shrouded amidst a cluster of branches, but you can see that this guy was well-fed. 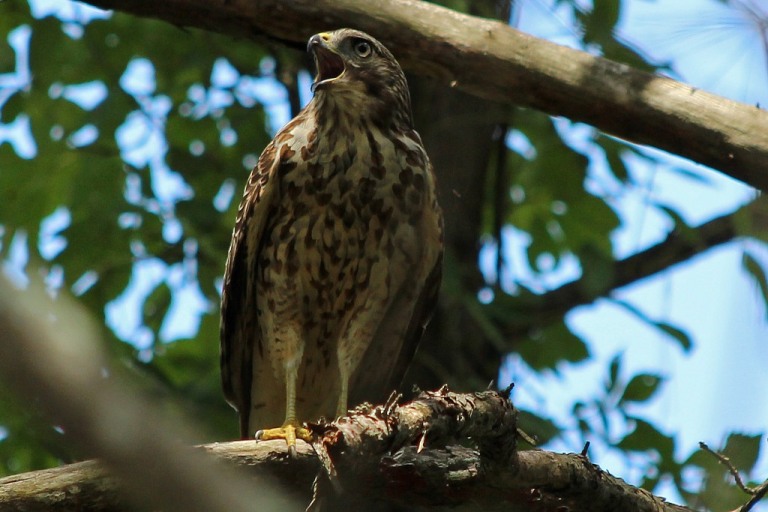 I’m pretty sure the Blue Jays were extra aggressive since they have so many young ones in the area right now, and they were relentless in their swooping, diving, and raucous jeering.  The Hawk eventually grew weary of the constant assault and flew off in search of a less hostile hunting ground.  Then the Jays, young and old, swooped in and started gobbling up peanuts. 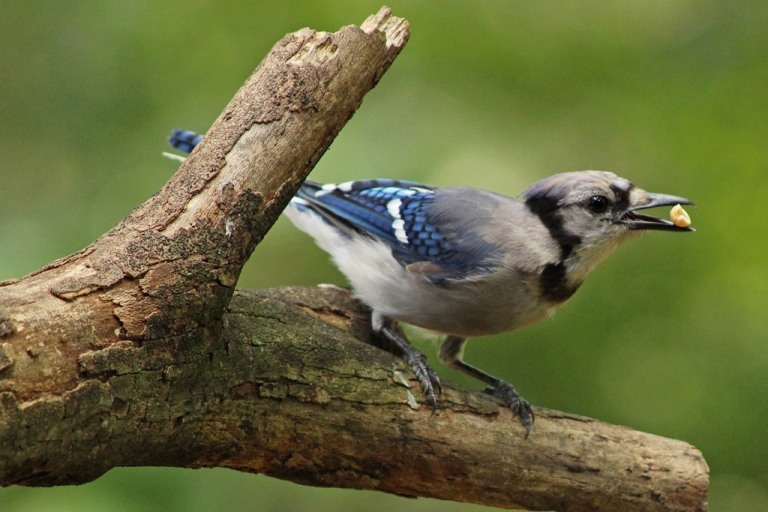 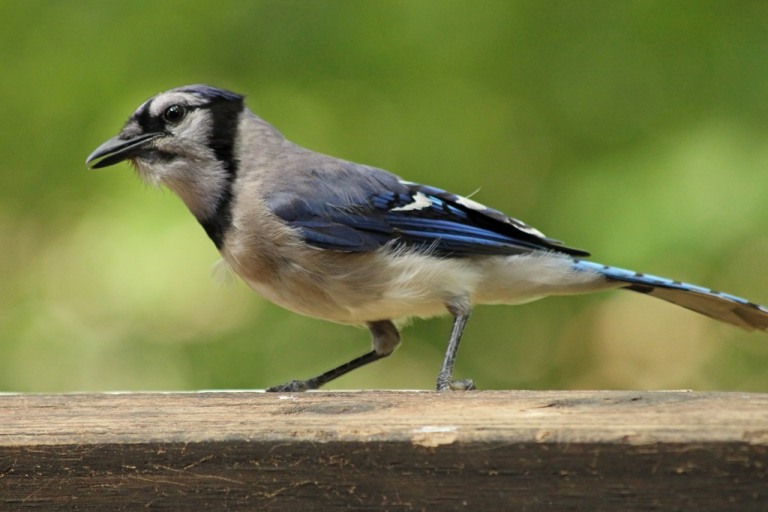 I think they had worked up quite an appetite in the showdown as they kept coming, one after another, for quite awhile. 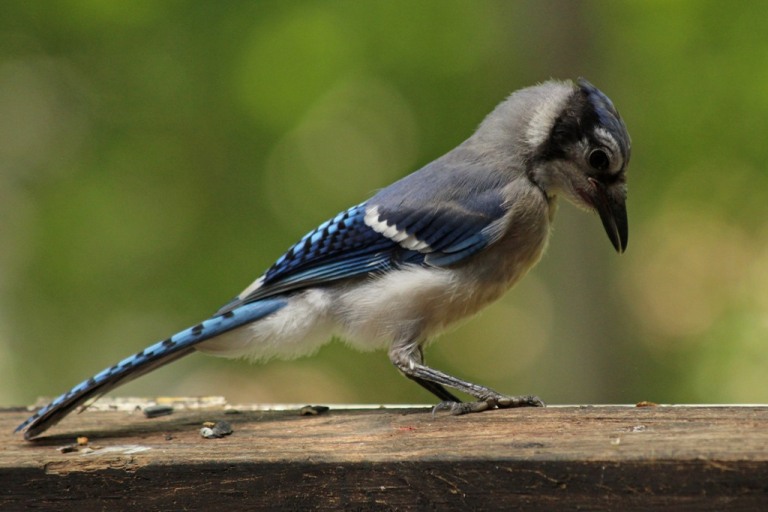 Some seemed to pause and express their gratefulness for the food supply…at least, that’s how it seemed to me.

From the fighting to the feasting, the entire escapade was fun to watch!

15 thoughts on “The Squawk of a Hawk”