A couple of months ago, while on a trip to Dauphin Island, I had the joy of encountering a king – a King Fisher, that is,  perched on his throne overlooking the lake. 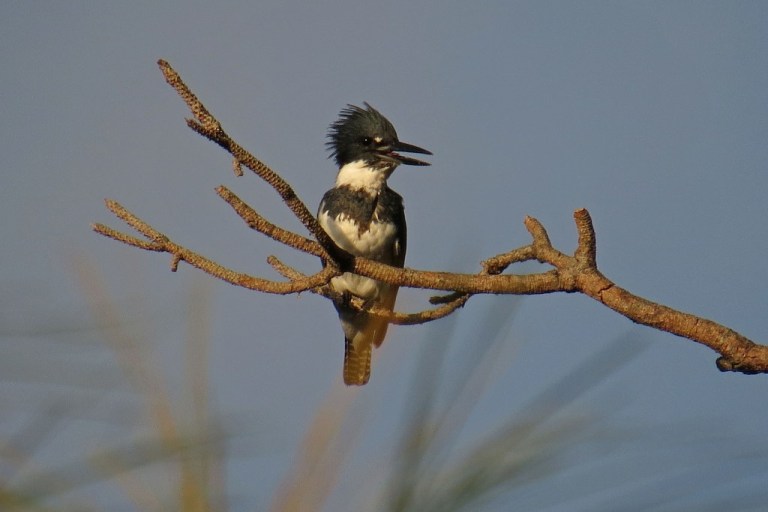 Despite his title and his crown, his appearance is rather comical. He’s not what you picture a king should look like.

For the last several days, I have had the joy of hanging out with another king – a Ruby-crowned Kinglet, who has set up his royal residence in my own backyard.

This itty bitty flitty little bird, with his cartoon character appearance, seems unworthy of his name.  He too is not what you picture a king should look like.

Today, Christmas Day, I celebrate the birth of Jesus, who came to this earth not looking like a king.  His majesty was robed in meekness; His sovereignty was seen in His serving; and His royalty was best revealed when He laid aside a crown and chose a cross.

I can honestly say that encountering this King has brought more joy to my life than words (or pictures of birds) could ever convey.

As you celebrate His birth, may your own heart be filled with joy.  Merry Christmas!

6 thoughts on “That’s Not What A King Looks Like”