My backyard has become a battlefield!
The Mockingbirds are attacking the Crows; the Blue Jays are harassing one another; and the Robins are constantly perched in fighter pilot poses, ready to strike down any invader who happens to enter their no fly zone! 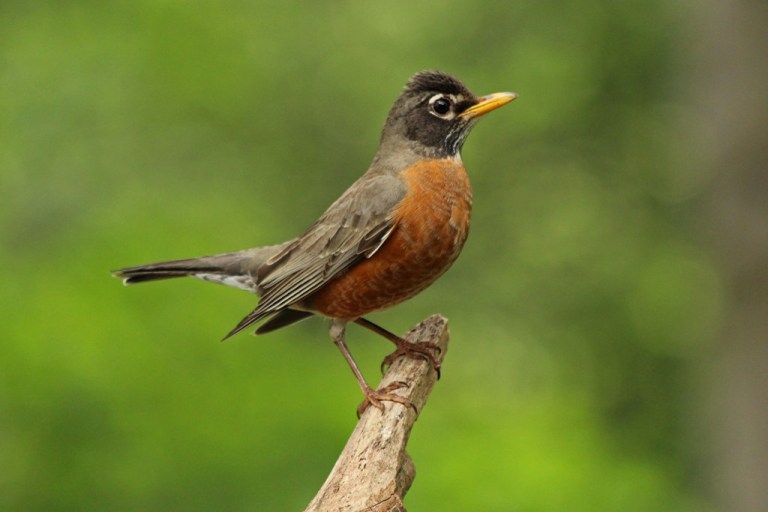 But the biggest battles are taking place between the Red-headed and the Red-bellied Woodpeckers, as each seems determined to lay claim to the frequently fought over Bark Butter branch.

If the Red-bellied arrives, and the Red-headed happens to not be around, he will land on the branch, look about, and then quickly gobble up some food, all the while staying alert to a possible oncoming attack. 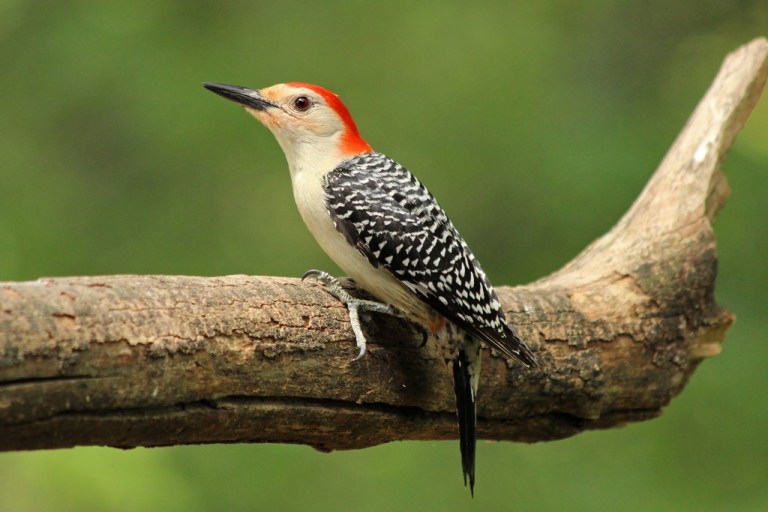 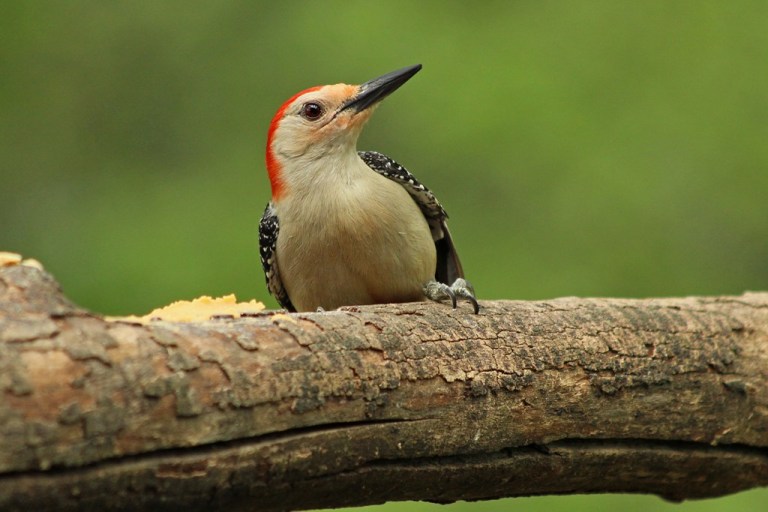 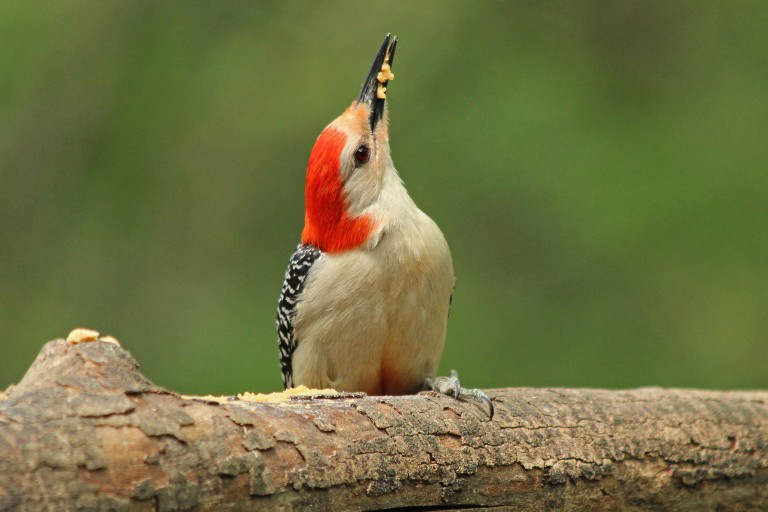 The scene is the same if the Red-headed happens to get there first – land, look about, and then furtively eat with a high degree of awareness. 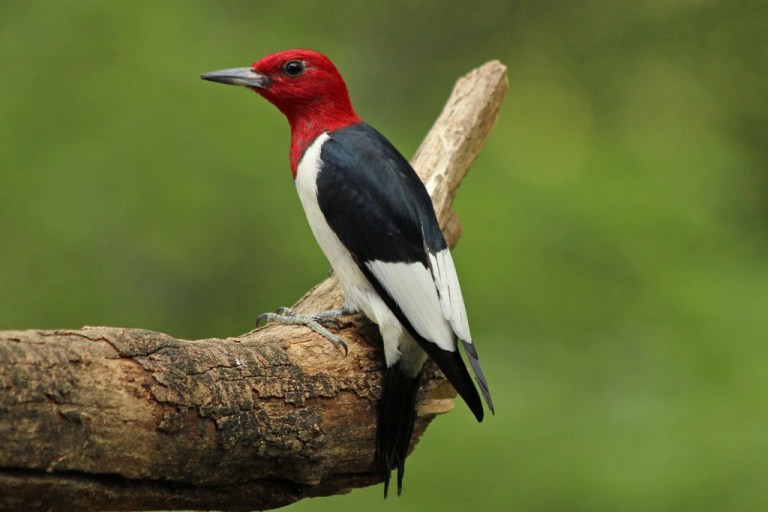 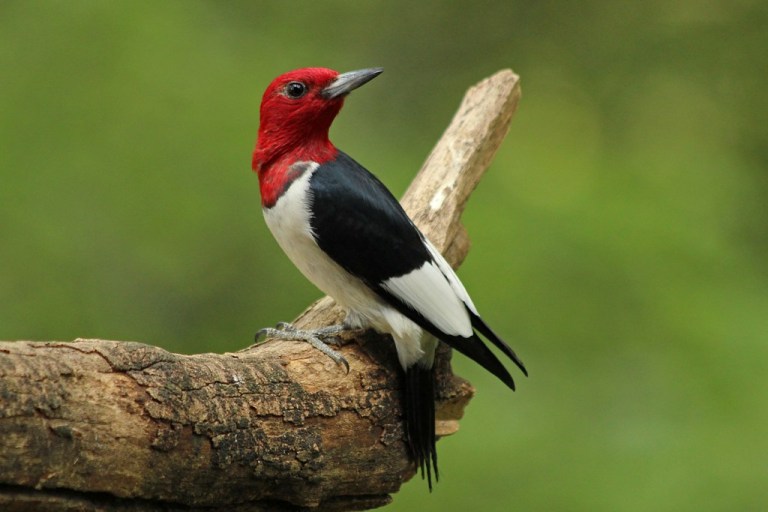 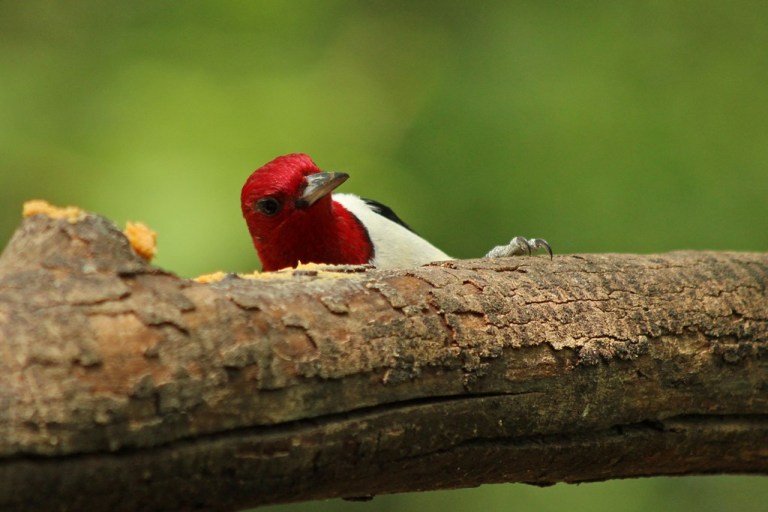 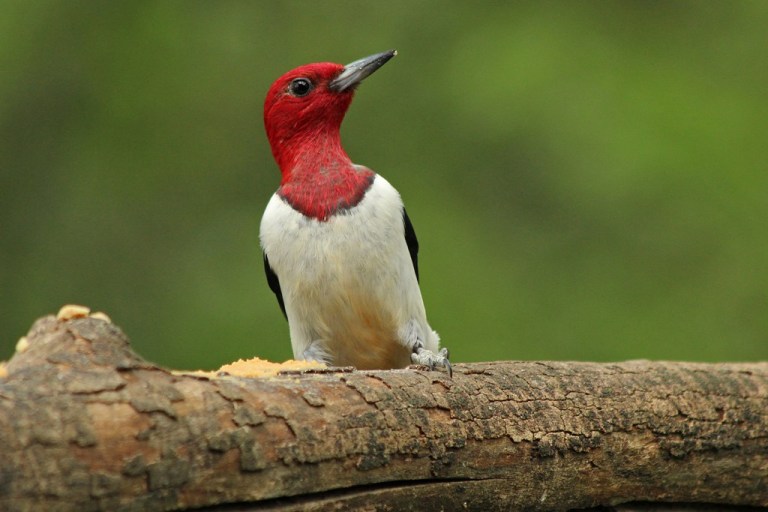 The Red-bellied is usually the one who gets knocked off the branch, so he has learned to land in battle stance. 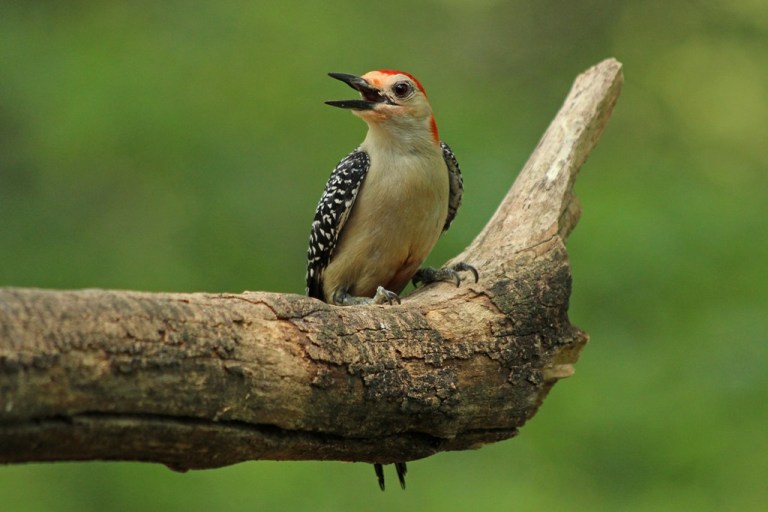 The other day, the following three pictures took place in a matter of seconds, as the Red-bellied landed and then was promptly displaced by the Red-headed. 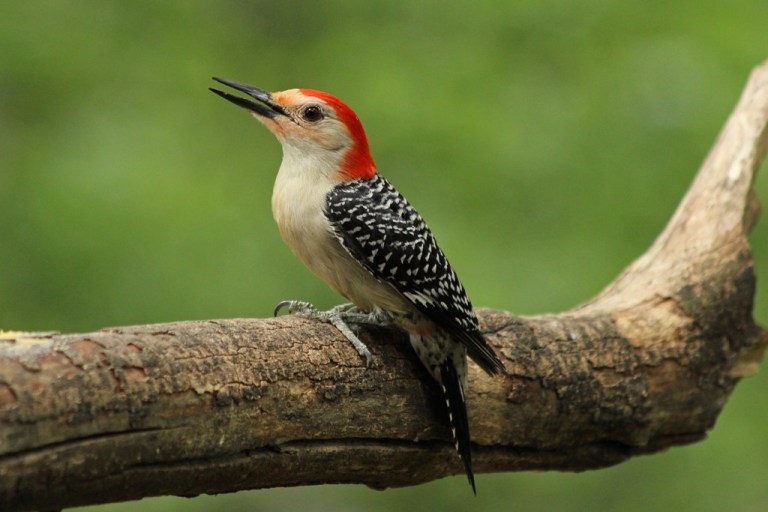 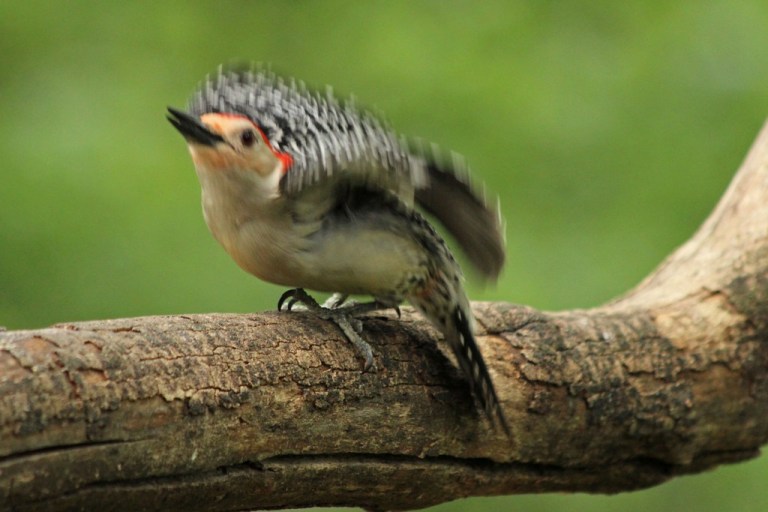 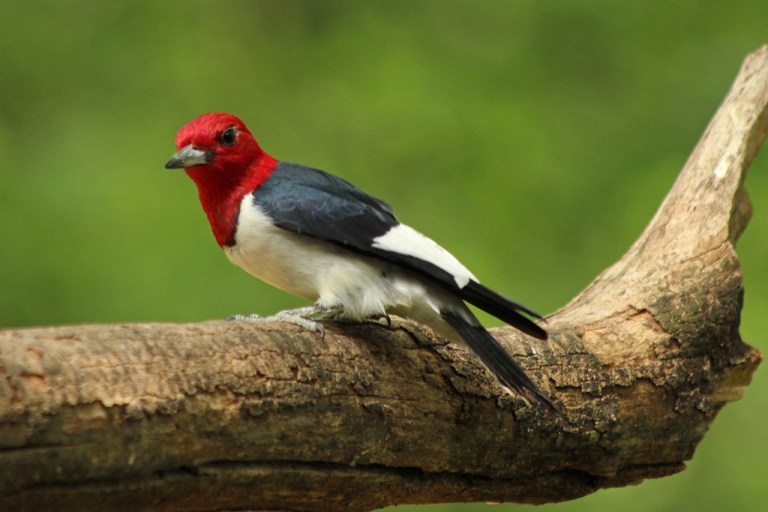 You can see why neither can let their guard down!

The Red-headed fellow seems to be more of the aggressor.  I wonder if he is the reason that this Red-bellied’s beak is looking a little worse for the wear. 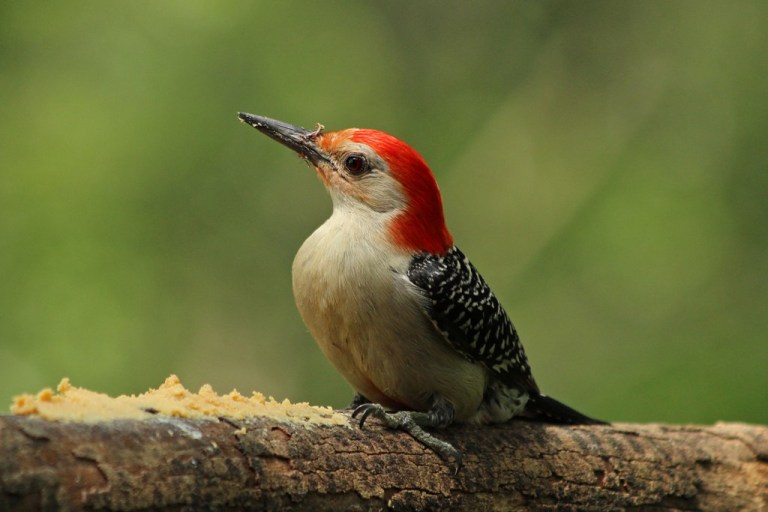 I do have to hand it to the Red-bellied bird (kind of funny name since his belly has only a hint of red!) as he has taken to trying a different tactic.  Now he pops his head over the deck rail and quickly grabs a peanut.  Perhaps he thinks it prudent to surrender sole claim to the Bark Butter branch. 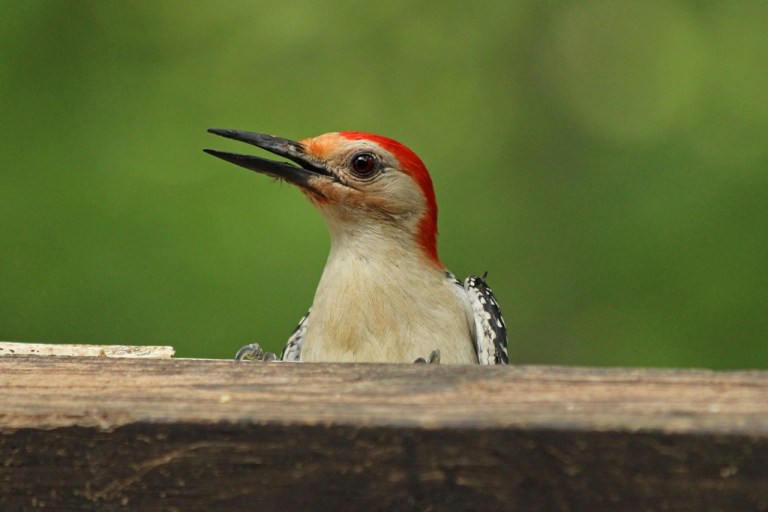 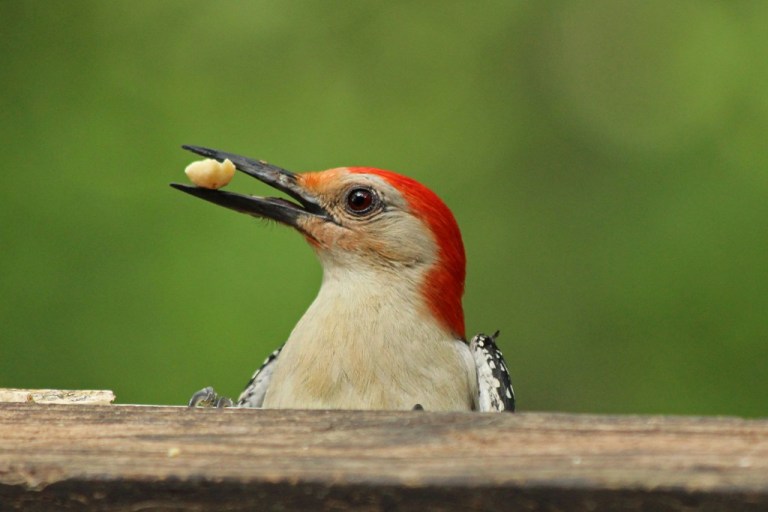 I know they’re not fond of one another, but I find them both irresistible. 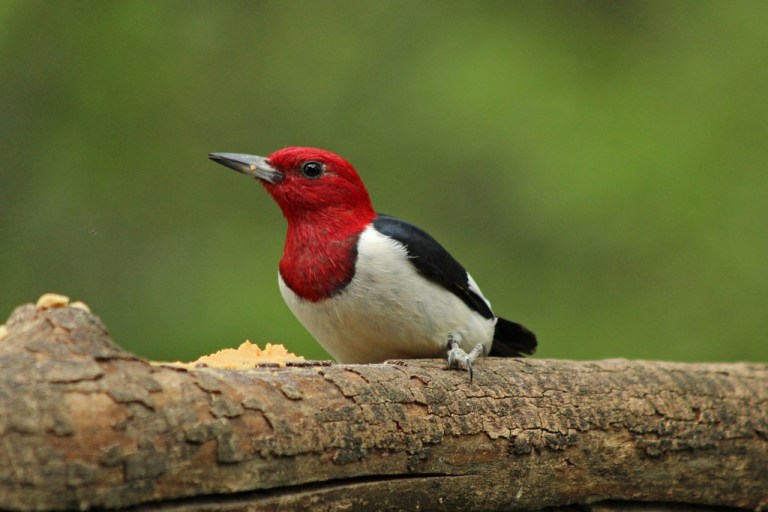 I’d like to think they’d stop this family feud, but I’m not getting my hopes up; I’m pretty sure they will be aggressively defending their territory until their little ones have hatched and moved on.  I guess all I can do is accept the Woodpecker warfare and enjoy watching these beautiful birds as they battle!