Faithful When I Am Not

Toddler training is not for the faint of heart!

As many of you know, I have a youngster in the house these days who is occupying a lot of my time. 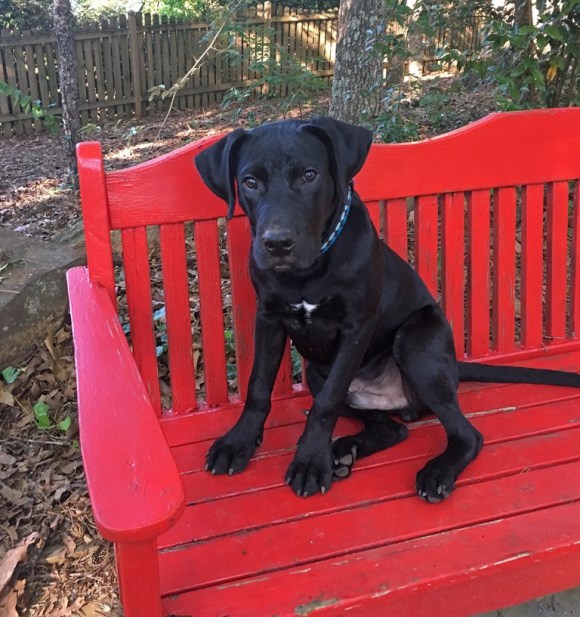 Tucker is close to six months old and can go from being “the sweetest thing you’ve ever laid eyes on” to “willful beyond belief” in a mere heartbeat!  I know (hope…plead…pray!) that the training will pay off in the long run, but in the short run, it is definitely taking a toll on my photography time.

But despite my lack of faithfulness in showing up with a camera, the ever faithful Blue Jays have been showing up for their peanuts.  Often, they are watching from the branches while I am filling the feeders.

This morning, we tuckered Tucker out on a hike at Red Top Mountain; then, while he took an afternoon nap, I snapped a few pictures…and no surprise…the Blue Jays were the ones who paid a visit.

…while others were a bit on the scruffy side. 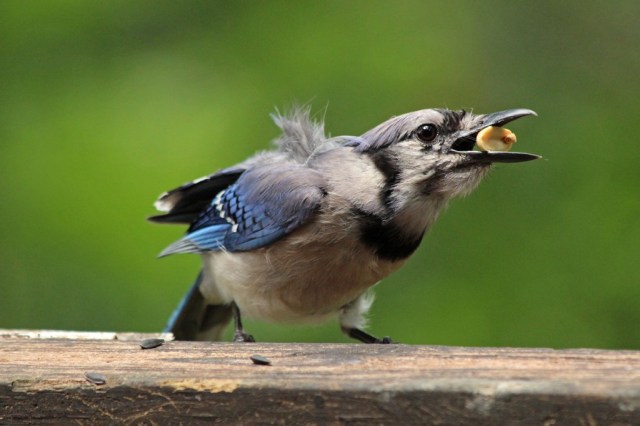 A youngster who still had some juvenile feathers popped in as well…I wonder how his training is going!

I know that in time I will once again be able to head out for more than a few moments with the camera…and I’m pretty sure that when I do, the Blue Jays will be the first birds I see. 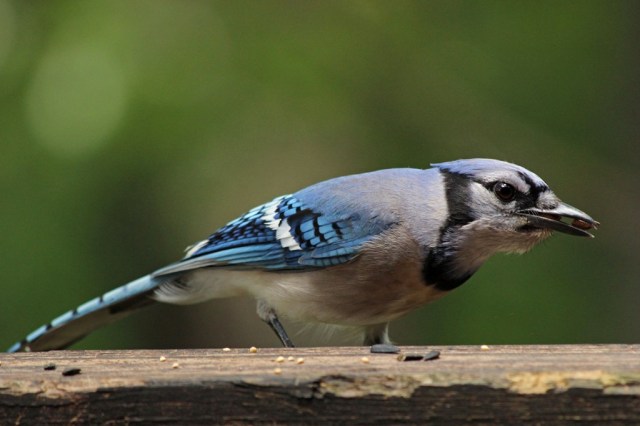 As long as I am faithful to put out the peanuts, these ever faithful birds are certain to keep showing up!

P.S. – Any helpful hints on training Tucker to climb into the jeep?  He can’t seem to figure out how to climb in, and he is getting pretty heavy to lift!

Wife, mother, daughter, and friend. One who dabbles in writing, thinks in rhyme, and is utterly unable to escape the allure of alliteration:) Amateur nature photographer. A backyard bird watcher, a hiker of non-strenuous trails to waterfalls, and a fan of Atlanta sports teams. Driver of an orange Jeep Renegade who goes by the name of Earl. One who is nourished by silence, solitude, and a good cup of coffee. A lover of God’s Word and the riches that are hidden there. An extremely ordinary jar of clay who longs to see and be satisfied by the glory of God, and to somehow display that in my everyday life.
View all posts by kathydoremus →
This entry was posted in Backyard Birds and tagged birds, blue jays, dog rescue, dog training, hobbies, Labradors, nature, photography, puppies, writing. Bookmark the permalink.

18 Responses to Faithful When I Am Not