The Red-headed Woodpecker who comes to my feeders has been eating a steady diet of peanuts.  Typically, he lands on the squirrel proof feeder, but he has also discovered that this fine fare is available in the trays attached to the deck rail.

He first lands on one of the vertical branches attached to my deck and carefully looks around to see if any competitors need to be persuaded to relocate. 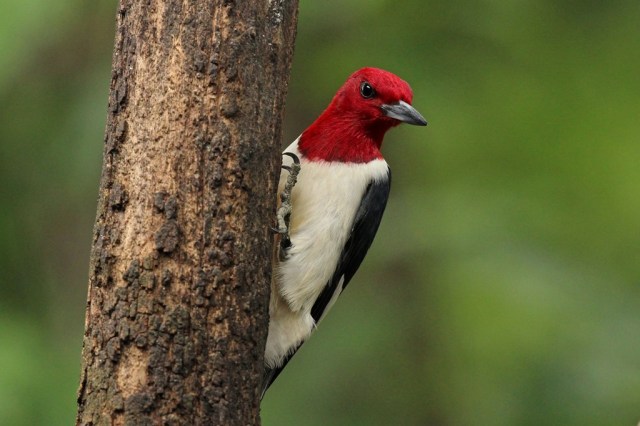 Did you notice the size of this guys claws?

His next step is to swoop down onto the Bark Butter branch, which is only a few feet away from the seed tray.  Once again, he pauses to check out the area. 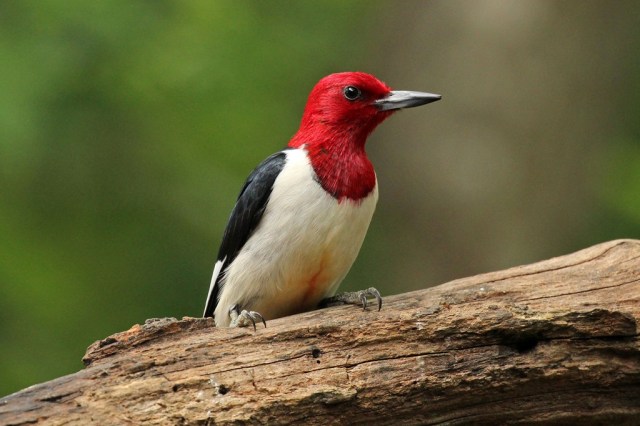 Then, he heads over to the food supply. 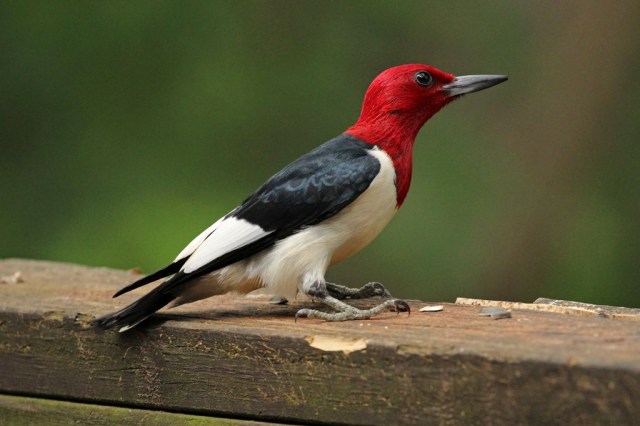 The only problem is that the deck rail is a flat surface and is much harder for him to grip, so, he often gets unbalanced when he is trying to snare a nut. 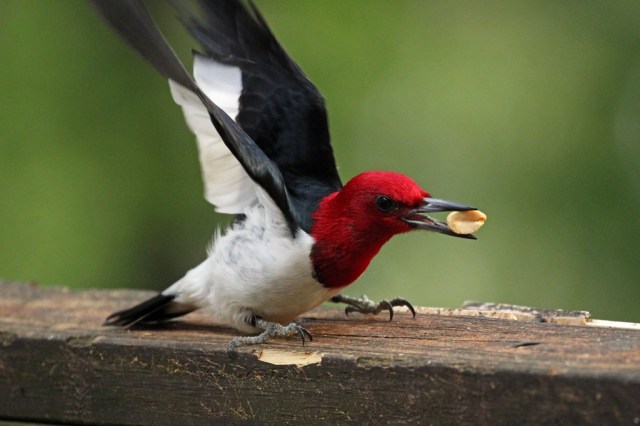 He is usually quick to recover, and then flies off with the spoils to a place where he can get a better grip. 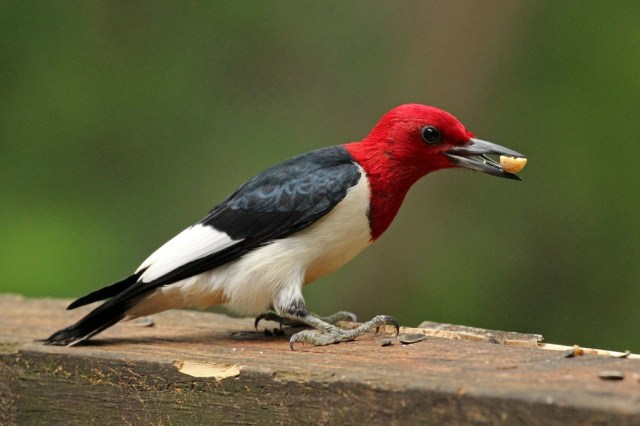 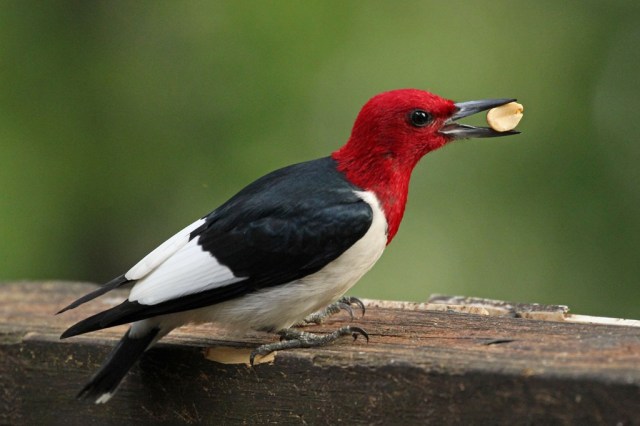 Despite his “unbalanced diet,” his guy is amazing!

Wife, mother, daughter, and friend. One who dabbles in writing, thinks in rhyme, and is utterly unable to escape the allure of alliteration:) Amateur nature photographer. A backyard bird watcher, a hiker of non-strenuous trails to waterfalls, and a fan of Atlanta sports teams. Driver of an orange Jeep Renegade who goes by the name of Earl. One who is nourished by silence, solitude, and a good cup of coffee. A lover of God’s Word and the riches that are hidden there. An extremely ordinary jar of clay who longs to see and be satisfied by the glory of God, and to somehow display that in my everyday life.
View all posts by kathydoremus →
This entry was posted in Backyard Birds and tagged bird watching, birds, hobbies, outdoor photography, photography, red-headed woodpecker, wildlife, writing. Bookmark the permalink.

18 Responses to An Unbalanced Diet