My Red-headed Woodpecker has returned! 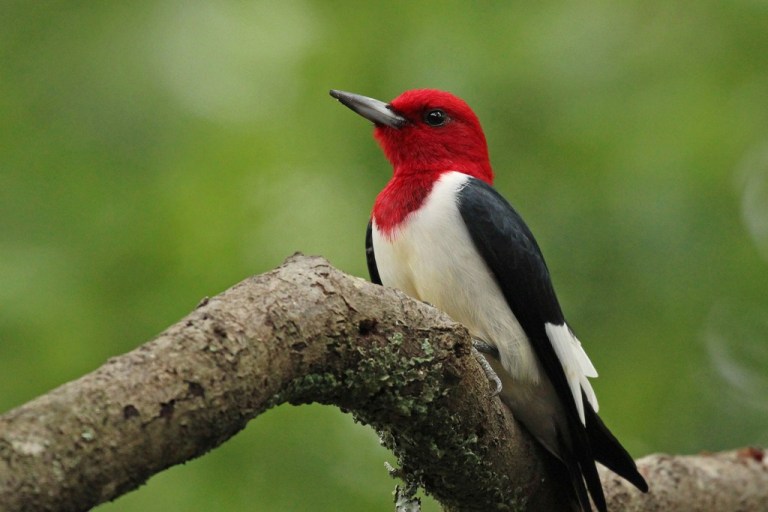 He is always a bit timid whenever he makes his first appearance of the season, hanging out on the trees at the edge of the yard so he can assess the scene. 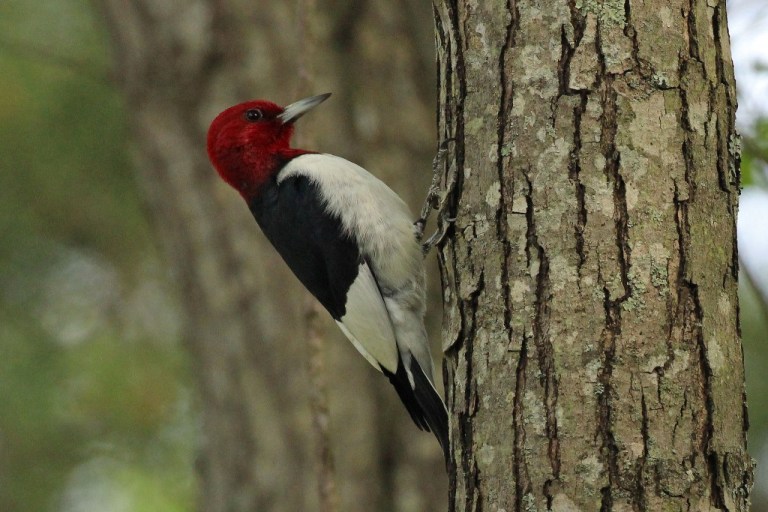 Eventually, he makes his move to some the branches that hang over the deck… 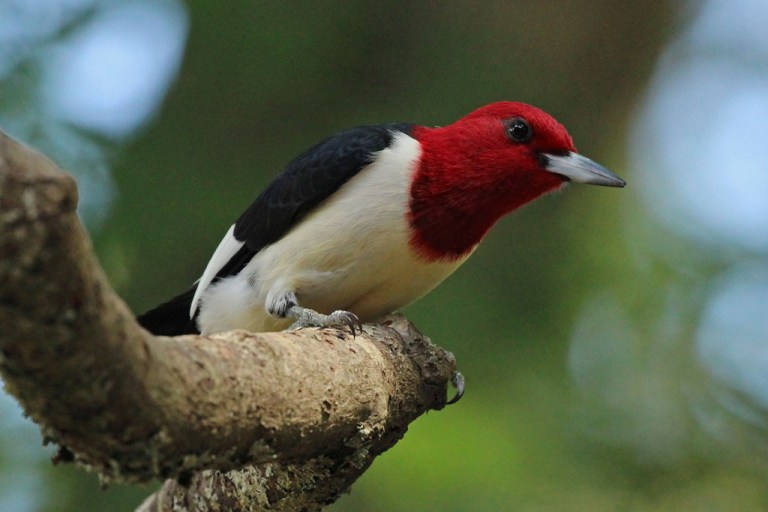 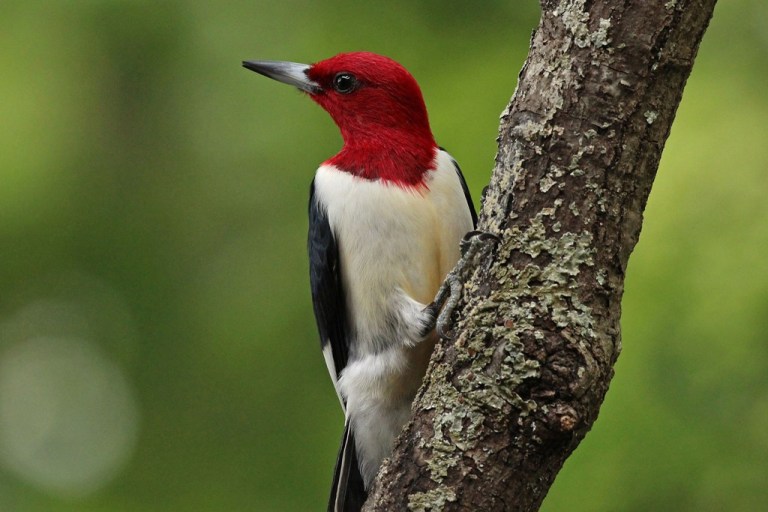 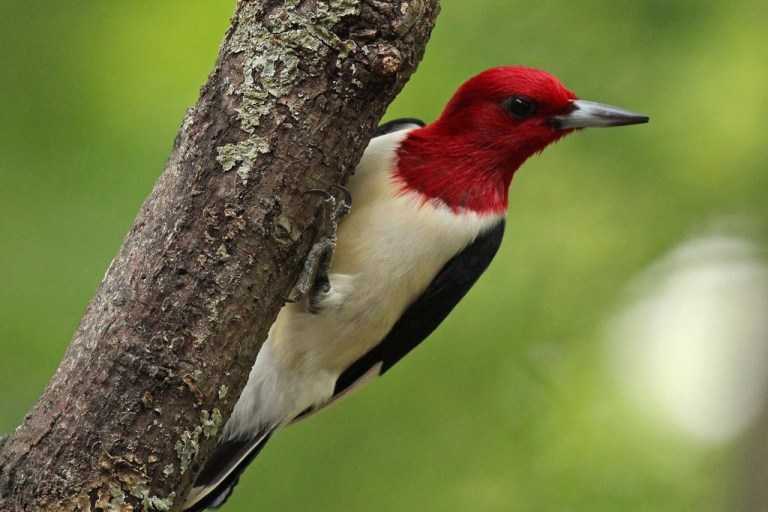 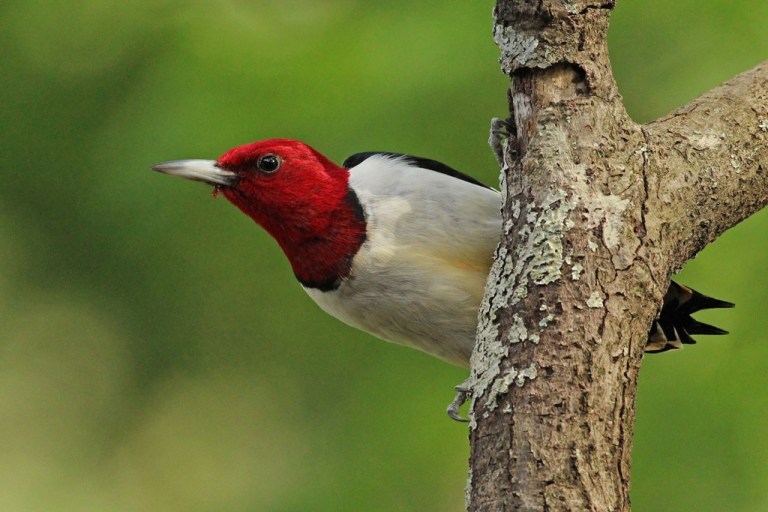 Then, once he has deemed me “friend not foe”, he will drop in to partake of peanuts while I am outside with the camera.

Occasionally he even lingers long enough to favor me with a striking pose. Is he not an amazingly beautiful bird!?!

Once my regal Red-head overcomes his timidity he becomes quite territorial. He doesn’t seem to mind the smaller bids joining him in the area, but he lets the Red-bellied Woodpeckers know in no uncertain terms that they are NOT welcome.  These poor guys now need to be hyper-vigilant as they eat, always having an eye to their surroundings lest they get ambushed! 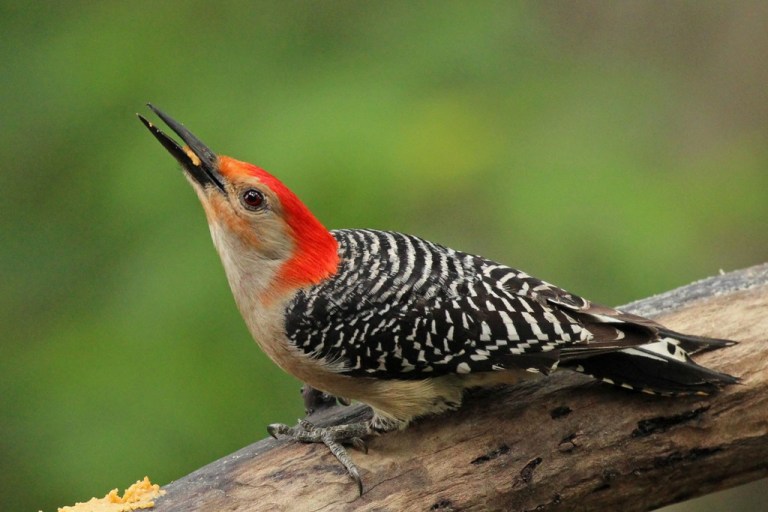 Despite his sometimes bully-ish manners, I find the Red-headed Woodpecker absolutely delightful. He is definitely one of my favorite birds to photograph.

Hopefully, there will be baby Red-heads joining him in the near future!

8 thoughts on “A Regal Red-head”