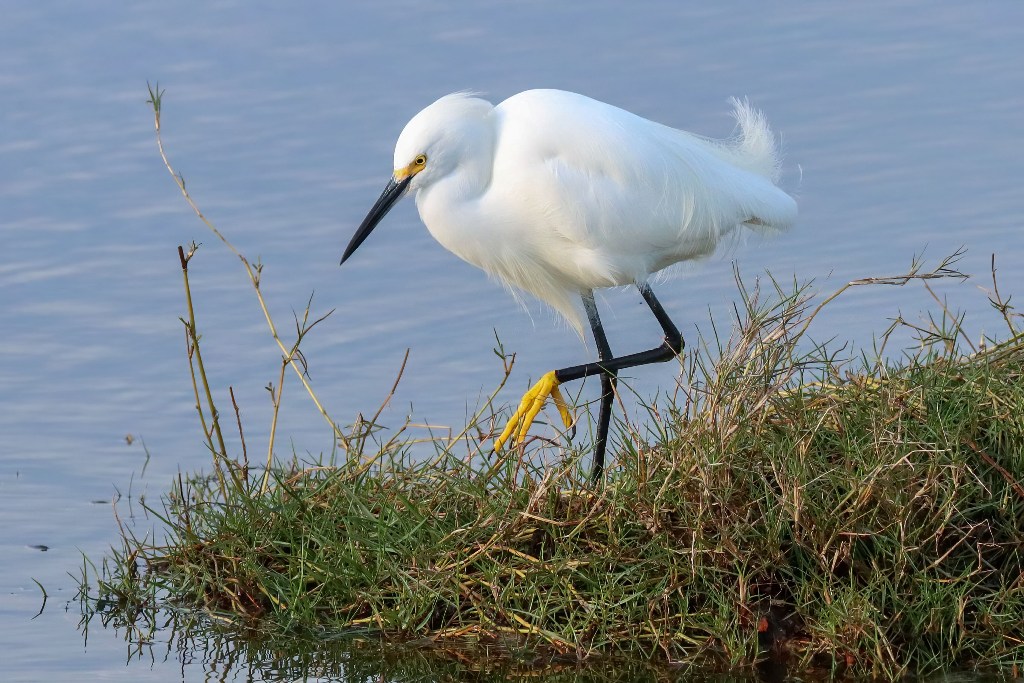 During our trip to Titusville, we saw so many waders (and so many gators!) that, rather than share them all at once, I decided to split them up into a couple of different posts. This one will feature the four different Egrets that we encountered.

Up first is the Snowy Egret, a bird that I find simply delightful. The funny thing is, I think he finds himself pretty delightful too!

This fellow below was certainly strutting his stuff!

I love the way the breeze was blowing his head feathers.

The Great Egret was a pretty common sighting too, but since he already made an appearance in a previous post, I’ll just include one picture of him.

I was surprised to get a few shots of a Cattle Egret, and wasn’t even sure that’s what it was til I looked more closely at the pictures and saw the telltale blush of orange feathers.

These guys are typically around land more than water, so I was thrilled to be able to capture a few photos of him.

The Egret that was the most fun to watch (and the one that was definitely in a class by himself as far as looks go) was the Reddish Egret.

They are so fascinating to watch as they hunt. They race up and down the water with their wings outstretched. The racing stirs up the fish, and the wide-spread wings gives them some shade so they can see their target more easily.

And wherever there are waders there are sure to be gators, so last (but clearly not least!) is this big fella! Needless to say, we gave him a wide berth!

I am having so much fun going back through the trip photos, and having even more fun sharing them with ya’ll. Thanks for always being so kind!