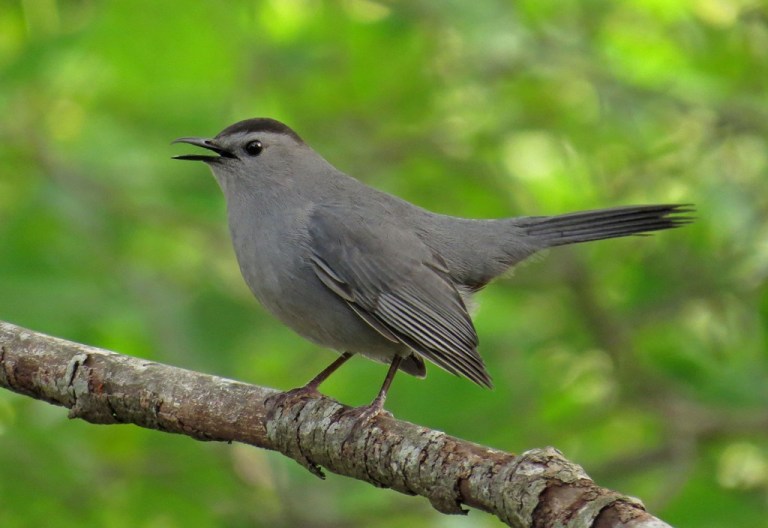 Okay, the title of this blog was meant to be sung to the Batman tune because, personally, I think the gray-garbed catbird appears much better suited to be Batman’s sidekick than the orange-breasted robin. But hey, even though this capped crusader failed to become a comic book icon, he does have the honor of being our “bird of the week.”

Well, if you’ve ever been fortunate enough to have a catbird hanging around your yard, you probably heard it before you ever saw it. It sits in the shrubs and calls out with a cat-like mew – which is indeed how the bird got its name. Although this is the call it is most commonly known for, the catbird also imitates the croaks of frogs and the songs of many other birds. Like the mocking bird and the thrasher, it is quite the mimic. 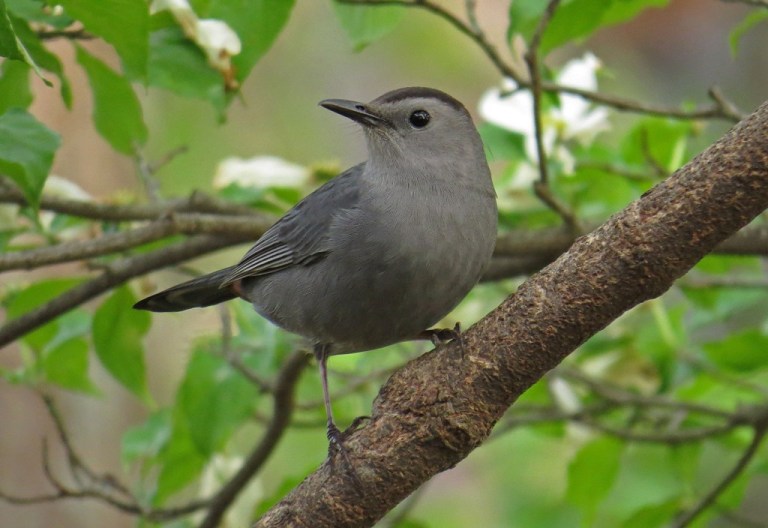 At first glance, the catbird might look as if it is dressed in its finest funeral apparel. It has a gray body with a black head stripe, piercing black eyes, a curved black beak, and black legs. What often goes unnoticed is the patch of rusty red on the underside of its tail feathers. I wish I could post a better picture than the one below of the rust coloring, but it’s a bit hard to catch one “mooning” me. Males and females of this species look alike. 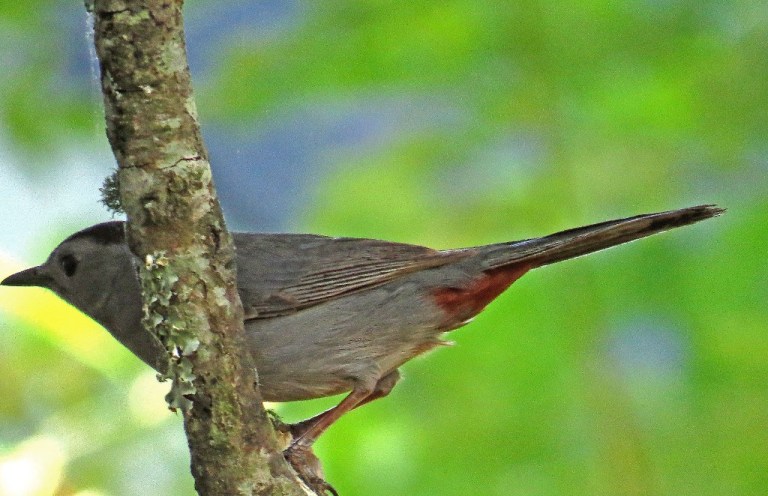 Oh, remember how cowbirds (a former bird of the week) lay their eggs in the nests of other birds? Well, the Gray Catbird is one that simply refuses to play the role of foster parent. These birds will peck at and destroy any eggs that don’t belong in their nest.

Catbirds are year round residents here in Georgia and show up at my feeders to eat the Bark Butter.