Frozen! And I’m not talking about the Disney movie!   I’m talking about the birdbath this past weekend. The birds arrived bright and early for their routine morning drink and found that the water was a solid block of ice. I’m pretty sure I heard them saying, “Wait! What? This isn’t what the brochure said!” 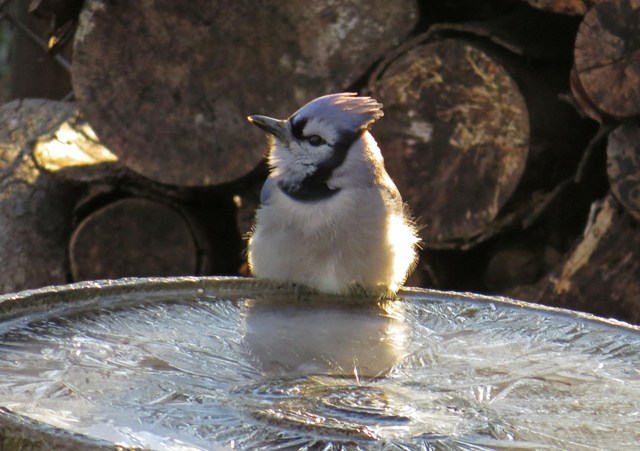 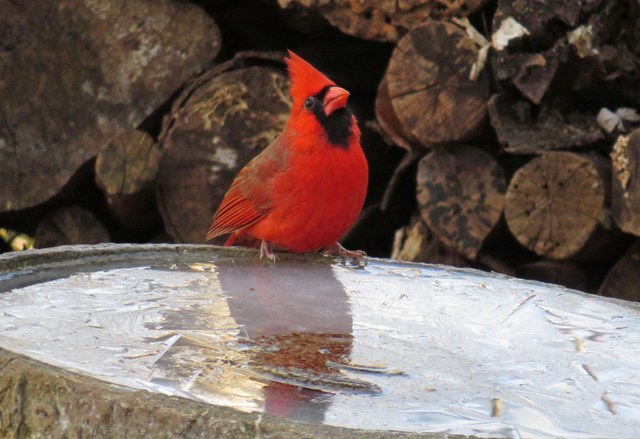 Their alarm, however, was short-lived since there is more than one place to get water in my backyard…in fact, there are more than two places…make that more than five places…at any rate…

Some birds made their way to the man-made waterfall, which had a thin layer of ice, but still had plenty of places they could peck through to get a drink. 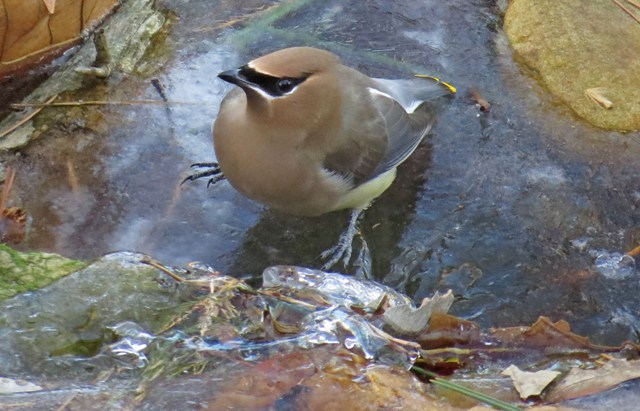 Others headed to the heated water dish attached to the deck rail. This is always a big hit in the cold weather. If you don’t have one, put it on your wish list. It is definitely worth the price of the purchase. 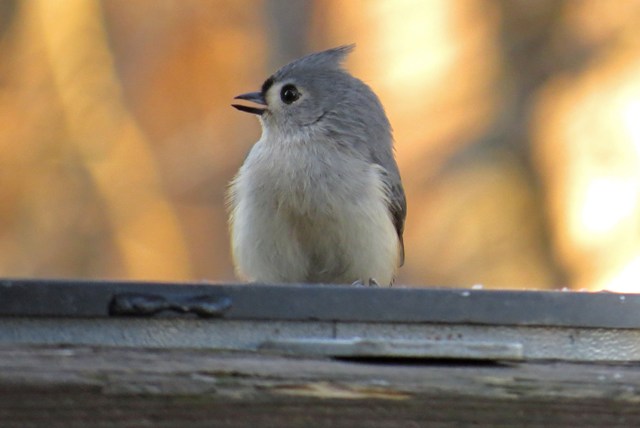 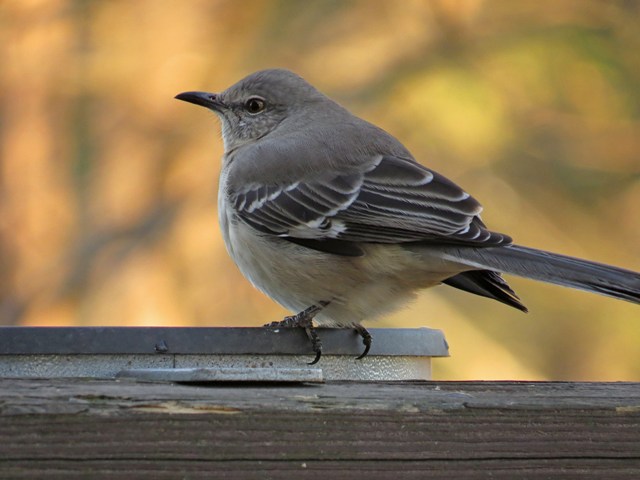 Many of my backyard birds don’t play well with others, but these two decided to call a temporary truce so they could both get a drink.  Trust me when I say that the treaty was short-lived!

My favorite photos are the ones where you can see a drop of water glimmering from a bird’s beak, like the Blue Jay below.

I’m not much of a cold weather fan, but being able to go out and take pictures of the birds made it rather enjoyable…even if I did have to come in the house every so often and have my husband hold my frozen fingers ‘til they thawed.

Wife, mother, daughter, and friend. One who dabbles in writing, thinks in rhyme, and is utterly unable to escape the allure of alliteration:) Amateur nature photographer. A backyard bird watcher, a hiker of non-strenuous trails to waterfalls, and a fan of Atlanta sports teams. Driver of an orange Jeep Renegade who goes by the name of Earl. One who is nourished by silence, solitude, and a good cup of coffee. A lover of God’s Word and the riches that are hidden there. An extremely ordinary jar of clay who longs to see and be satisfied by the glory of God, and to somehow display that in my everyday life.
View all posts by kathydoremus →
This entry was posted in Backyard Birds and tagged bird photography, birds, georgia outdoors, nature, photography, wildlife, winter, writing. Bookmark the permalink.