The sky darkened, the thunder rumbled, and my daughter’s voice rang out from the other room, “Mom!  The baby bluebirds are in the backyard!”

With super-human speed (I could be the next Avenger) I finished flipping the half-baked chicken I was making for dinner and hurried outside with my camera.  I tried to stay as close as I could to the side of the house, hoping this would keep the camera lens dry and somehow make me a less likely target for the lightning that was flashing about.  Now, I realize my logic was far from impeccable, but hey, this was the first appearance of the season for these baby bluebirds!

Baby number one was perched on the black iron hook, waiting for Mom to arrive with some food. 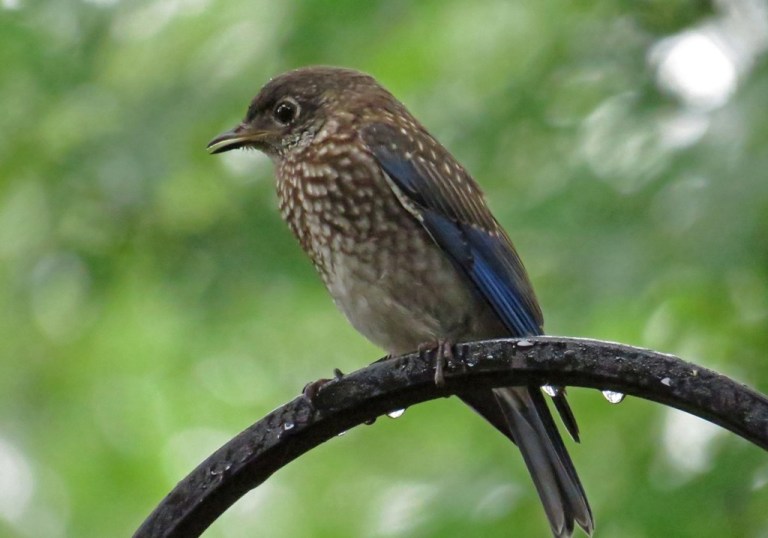 When she returned, the slippery surface did not make for a graceful landing.

Baby number two was waiting on one of the branches attached to my deck. 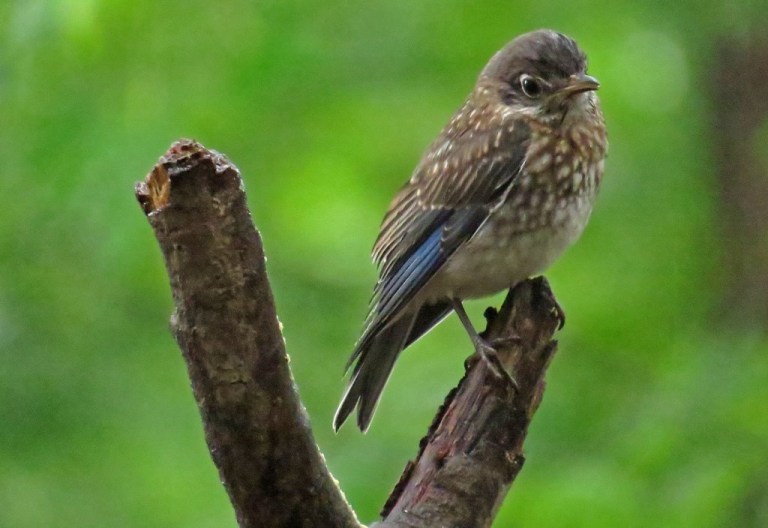 I wish I could have captured Mom’s arrival with clarity, but the blur makes it look like a scene from a scary movie!

She gave her youngster a glob of Bark Butter and then caught her breath (A Mom’s work is never done!) before heading off to the next mouth to feed. 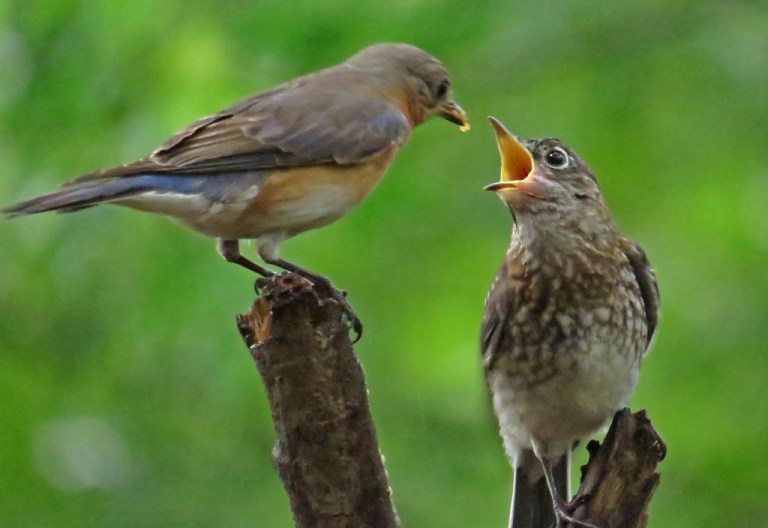 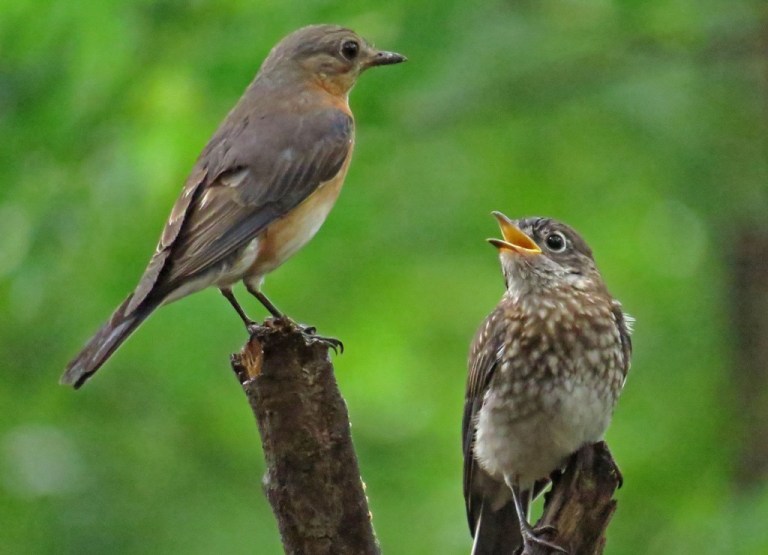 Youngster number three was getting drenched as he waited on a nearby branch. 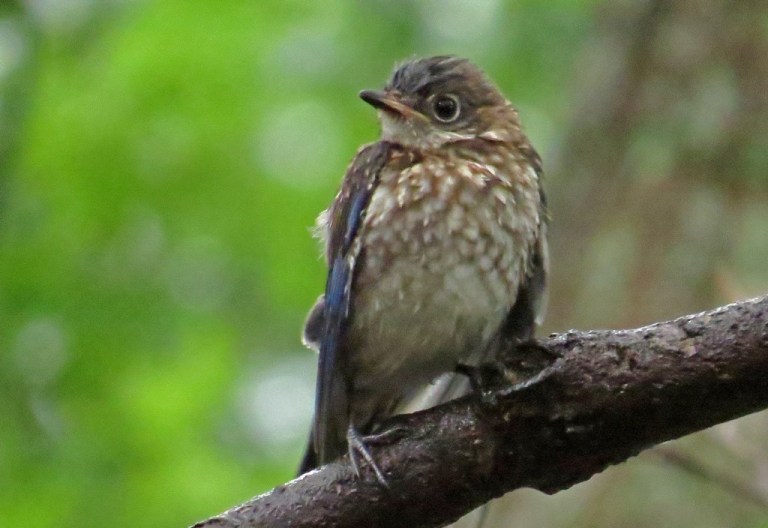 But Mom finally showed up and gave him some food too.

My daughter said she thought there were four babies, but by the time I got outside, there were only three.  The fourth might have flown off with the Dad, since he didn’t make an appearance.

Because of the darkness brought on by the storm, I had to use a slow shutter speed, a wide open aperture, and an obscenely high ISO (those words are new to my vocabulary and make me feel like a real photographer!) which made for fuzzy photos.  I am hoping these little ones return and I can get some shots in better lighting, but in the meantime, here’s one last picture from yesterday’s visit.

19 thoughts on “Rumbles Of Thunder And Flashes Of Blue”