After spending the winter months in Saint Somewhere, a pair of Catbirds has returned to my backyard for the spring and summer seasons.

Now some may find these birds to be a bit dull and drab, but I see them as simply having a more subtle beauty with their charcoal bodies, their black head stripes, and the obscure patch of rusty red beneath their tails.

The Catbird’s standard call sounds like a cross between the mew of a cat (hence the name) and the cry of a newborn baby.  This bird is a mimic and copies the songs of other birds, often rearranging the notes and sounds to create something original.  These birds also do a pretty mean tree frog imitation, as well as some mechanical noises; this afternoon I even heard one yipping like a little poodle.

Catbird’s definitely haven’t bought into the vegan trend.  These guys do like fruits and berries, but most of their diet comes from spiders, ants and tasty insects. This pair (the male is slightly darker than the female) showed up to sample some Bark Butter that was spread on the back of the branches. 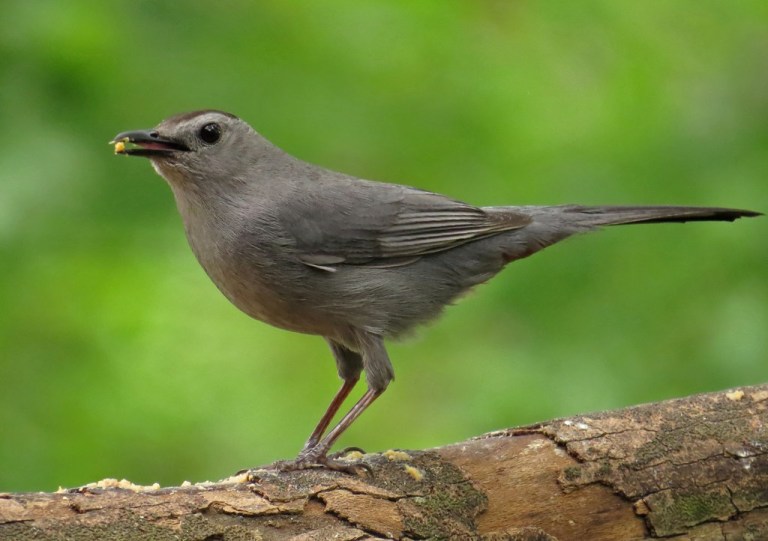 Although Catbird’s are typically rather shy and stay in the brush, they can become aggressive when defending their territory. 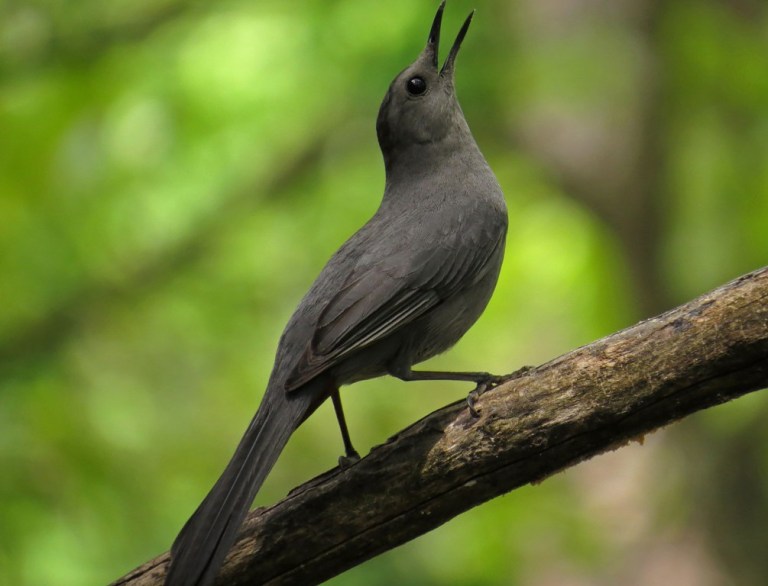 At times they are inquisitive and curious, which is part of the reason I find them endearing.  They bright black eyes just seem to have a gleam in them.

I hope they show up and pose for lots of pictures in the days ahead, and I hope they have little Catbirds that they bring to the feeders too. 🙂

20 thoughts on “Return Of The Catbirds”