What could this be resting on the surface of this Coneflower?

Is it an exotic fish that you would find at the aquarium?  Or an extra from Finding Nemo?

Is it some sort of painted tribal mask?

Here is a cropped close up.

Actually, this is the tail-end of a Gray Hairstreak…a butterfly I may have seen before, but have never truly noticed.

Its hind section is designed to look like a head with thin tails that resemble antennae and orange spots that serve as counterfeit eyes.  And seriously, doesn’t it look like it has eyelashes in the photo above? 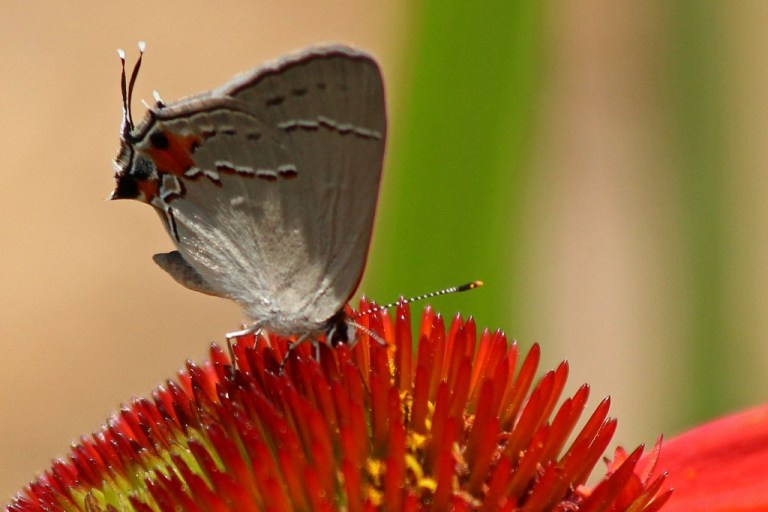 Thankfully for this cool creature, looks can be deceiving.  Predators often attack its bottom end, robbing it of a bit of its beauty but leaving its brains safe and sound! 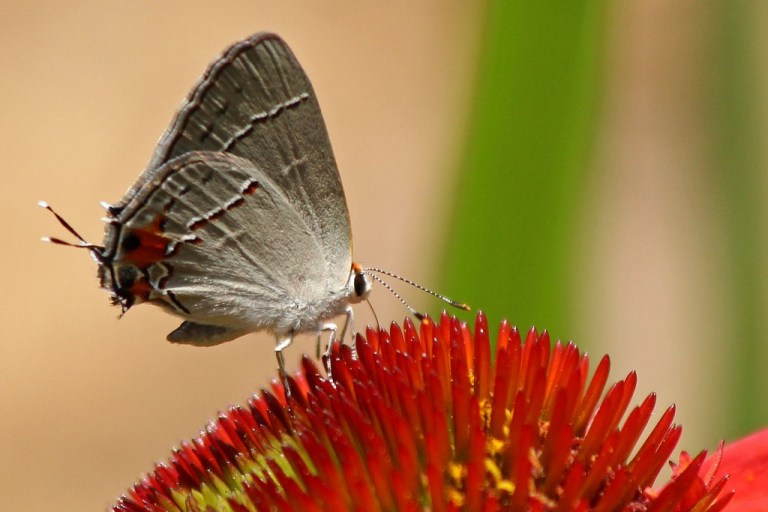 He only stuck around for a second or two, but I was thrilled with the brief encounter.

21 thoughts on “Looks Can Be Deceiving”