‘Tis the season – not for Christmas (although I’m sure the decorations will show up at Home Depot any day now!) but for Hummingbirds.  These little birds have been out in abundance lately, simply begging to have their picture taken. 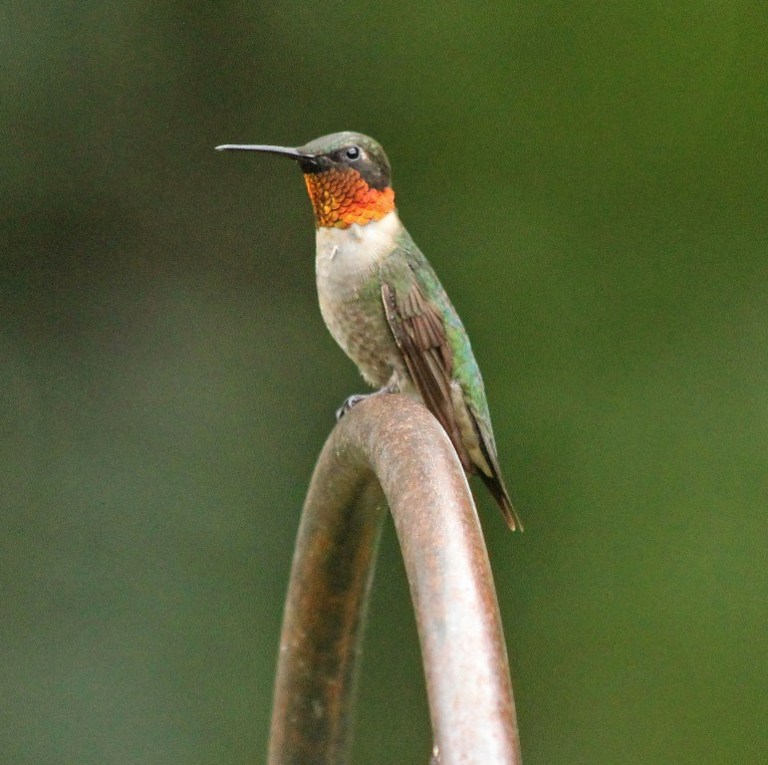 I was in and out of the house about a hundred times today, and every time I passed by I saw him sitting on the iron hook in serious guard mode.  He spent much more time protecting the nectar than he did partaking of it! 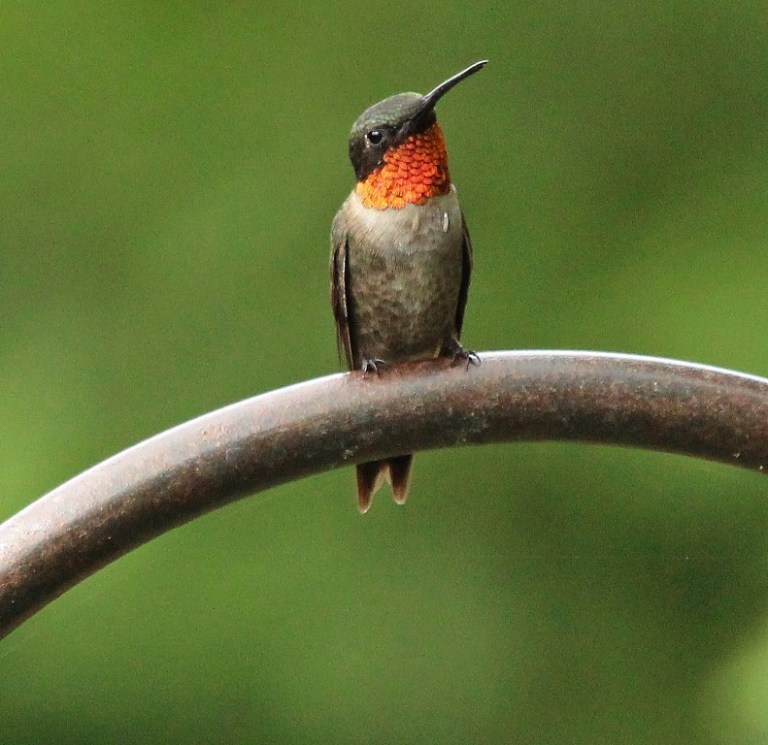 You can tell this one is an adult male because of the full red throat patch – which is also called a “gorget” if you want to sound impressive! 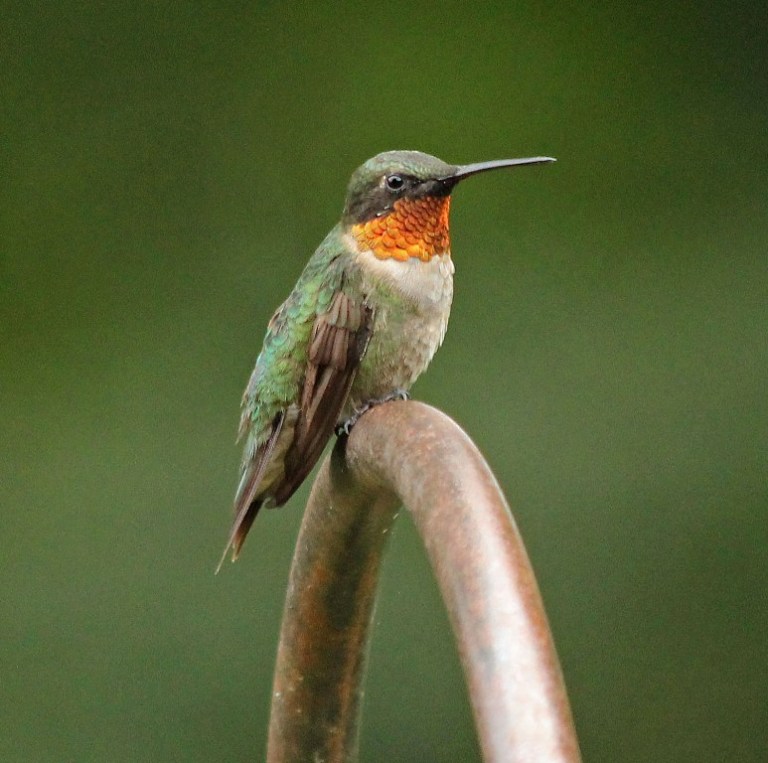 And speaking of those crimson throat patches, did you know that the feathers aren’t actually red?  It’s simply the way they reflect light that gives them the glowing lava look. 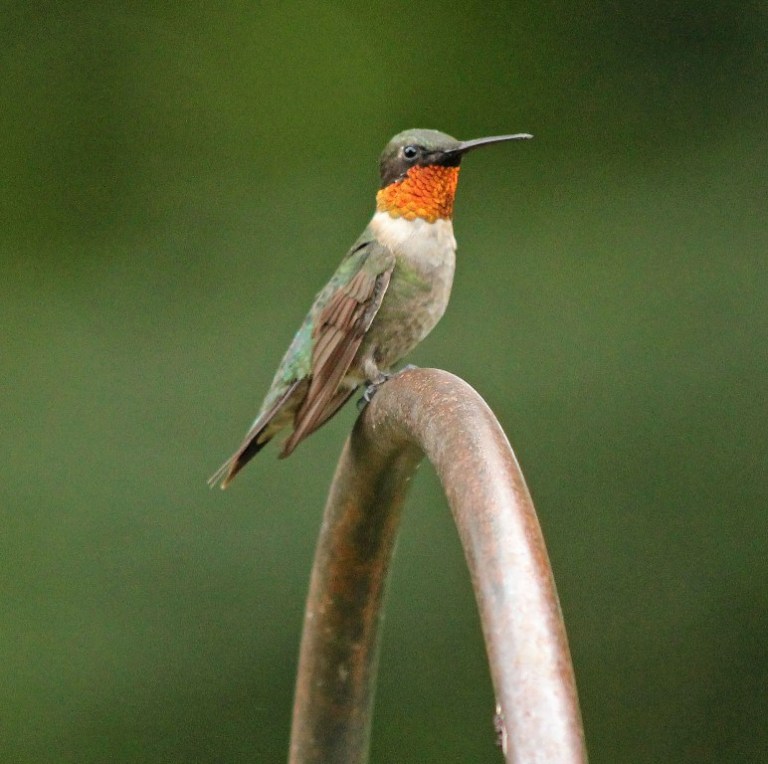 With a slight shift in the way the light hits their feathers, their appearance can change from gleaming red to a dull brownish-black in an instant. 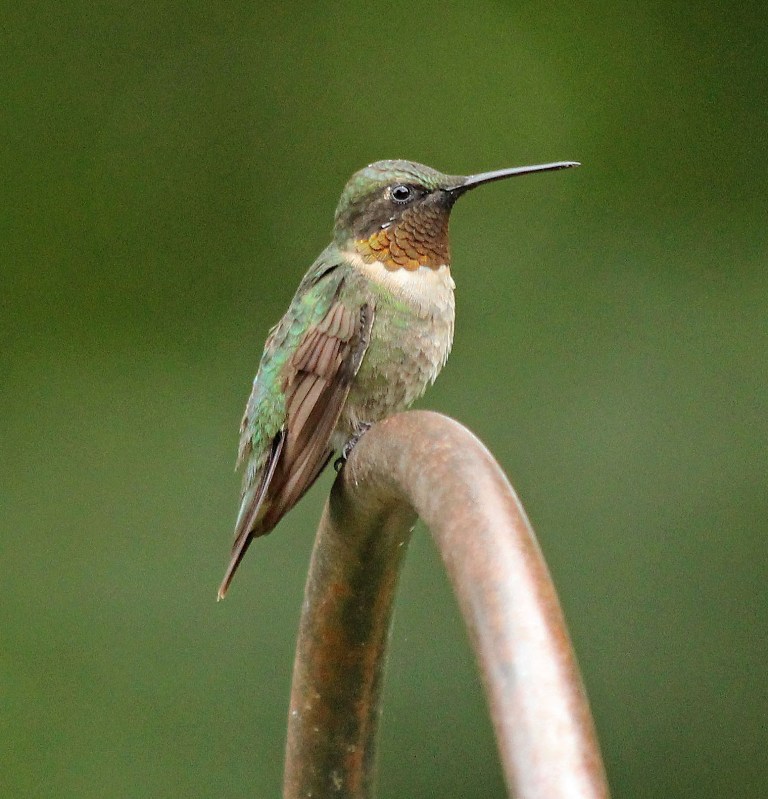 These flying gems probably won’t be here much longer, so I’m going to continue snapping pictures (and filling feeders) for as long as they bless me with their presence. 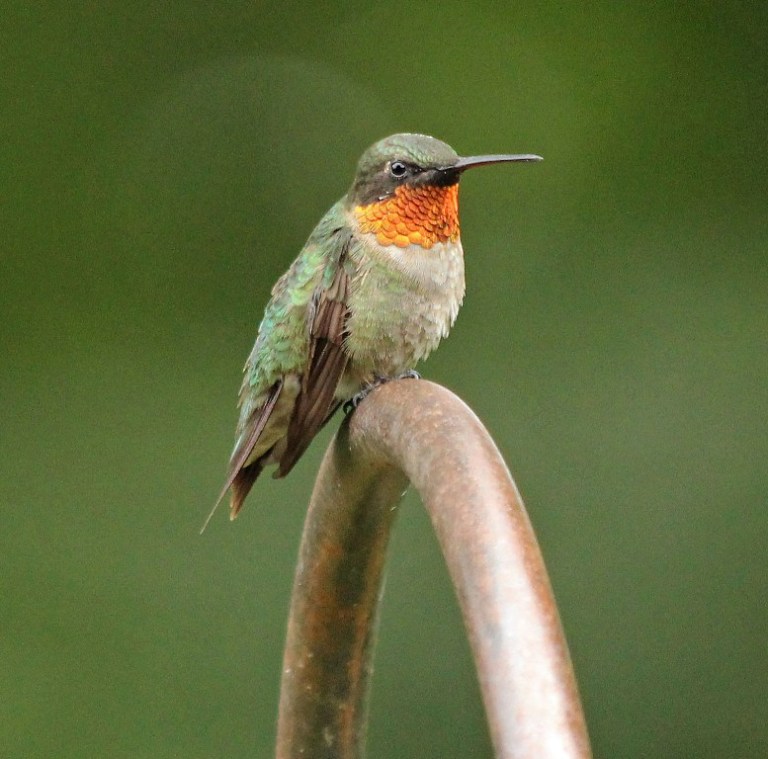