One of the highlights of my time in Dauphin Island was seeing my very first Osprey in the wild!

On the first morning of our trip, we were exploring the Audubon Trail and saw a large bird swooping in over our heads.  It turned out to be an Osprey, landing in the treetops with a fresh fish grasped in its claws. 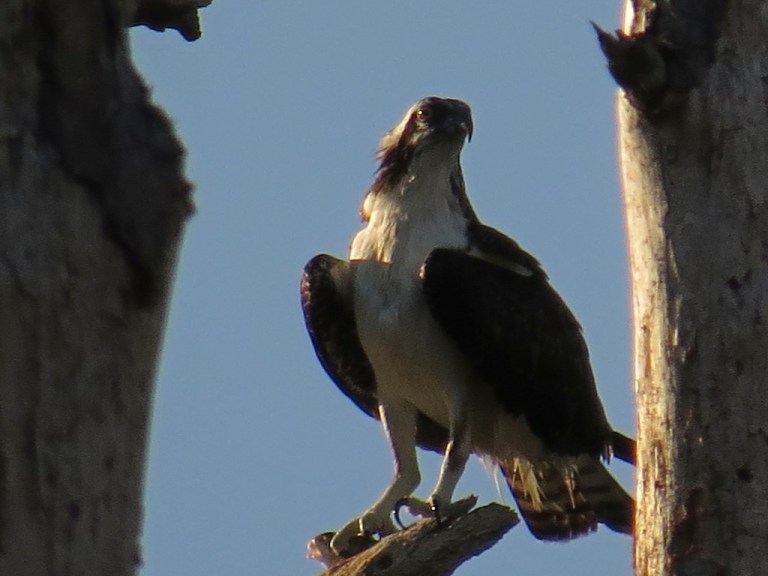 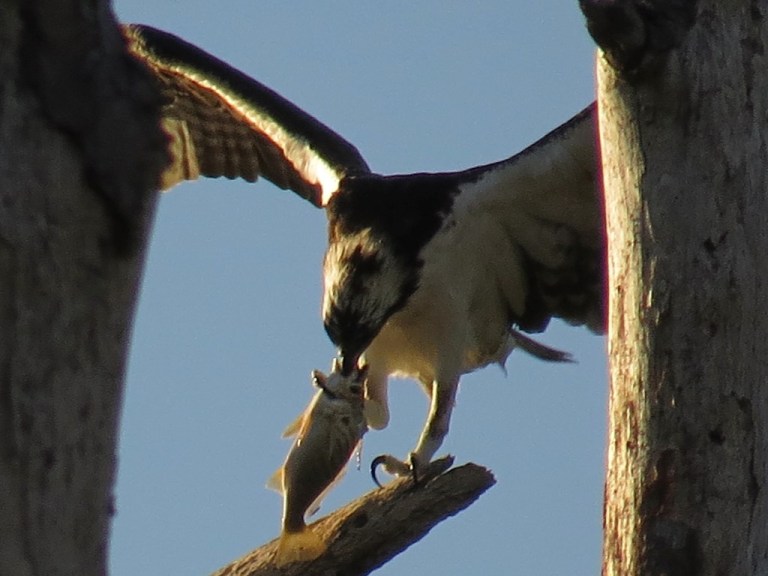 The photos are fuzzy, but I had to include them since they were my first time capturing this bird in a picture.

As the week went on, we saw more Osprey and learned their preferred perches, like the tops of pine trees…

…and the branches that overlooked the lake.  Doesn’t the second picture below make him look a little like a Disney villain?

Between the shifting clouds and my shifting positions (picture me standing awkwardly on a bench on the end of the dock, bracing myself so as not to end up as gator bait!) the background began to improve.

My favorite photo is probably this one of him peering out over the water, patiently waiting for the right time to strike.

And finally, with nothing but bright blue sky behind him, doesn’t he look like majestic enough to crown him King of the Island! 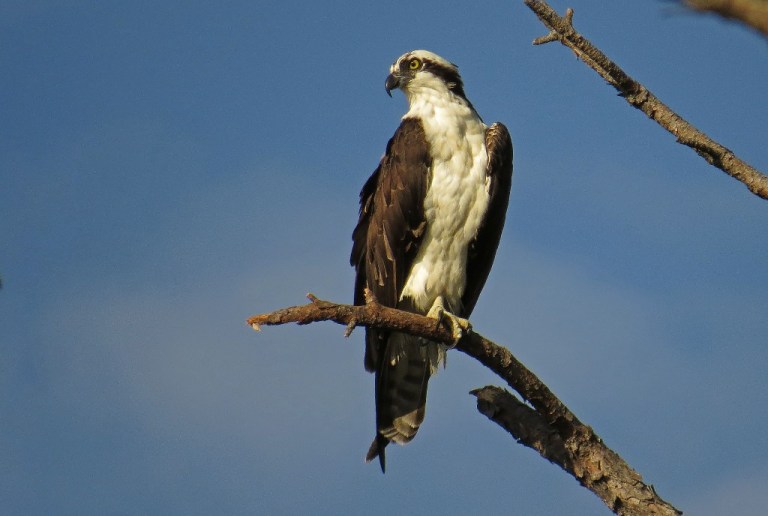 I can see why Tiny over at Tiny Lessons Blog has fallen in love with these grand creatures; I am now totally smitten with them myself!

15 thoughts on “A Grand Ole Osprey”