Birds and water are such a fun combination!

The other day this Brown Thrasher showed up and landed on the edge of the birdbath. 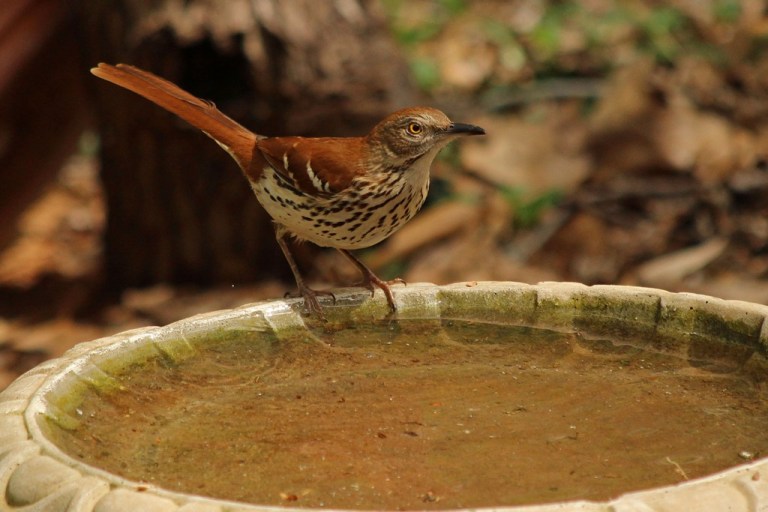 He got a couple sips to drink, but he simply couldn’t resist the allure of the water and before long he was splashing away.

…then head right back in for some more drenching.  It seemed like each time he was more exuberant than the time before!

When he was finally finished, he perched on the edge and gave his feathers one last flap and then flew off to a nearby branch to continue his grooming. 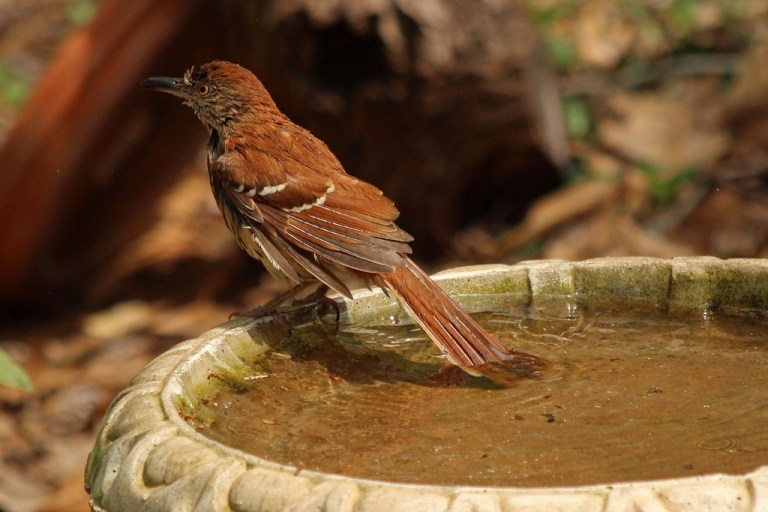 There’s really no better bather than the Brown Thrasher – such wild abandon!

10 thoughts on “No Better Bather”