Red, White, And A Little Bit Of Blue

Happy Fourth of July!
To honor the holiday, I thought I’d share some red, some white, and a little bit of blue!

To help me with this post, I enlisted the help of three birds I encountered on a recent walk with my family.  I’m fairly certain they (the birds, not my family) saw it as their patriotic duty to pose for a few pictures!

First the red: A Juvenile Red-shouldered Hawk who sat perched on a deer stand overlooking the lake.  At first I though he might be a Copper’s Hawk, but his distinct (and constant) squawking gave away his true identity.  Although his streaking is brown now, it will turn a rusty red as he matures.

Then the white: A Great Egret who started on the far side of the lake (also known as the blurry photo zone) but gradually made his way closer.  These birds are also called Common Egrets, but they are not common to me, so I was thrilled to get some pictures. 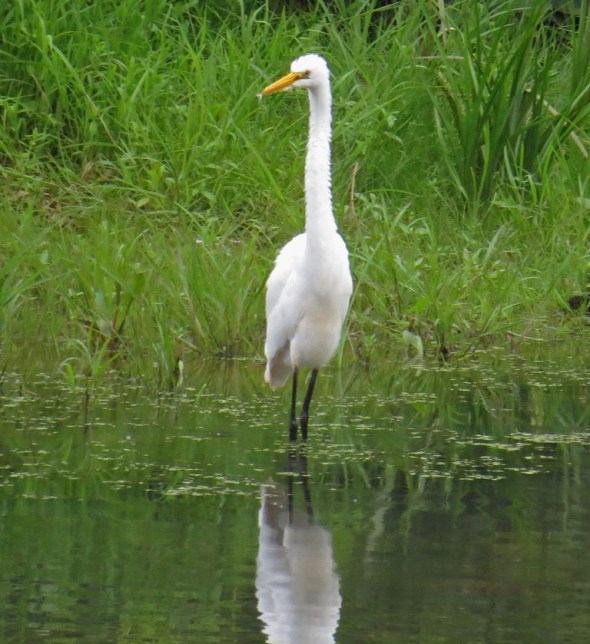 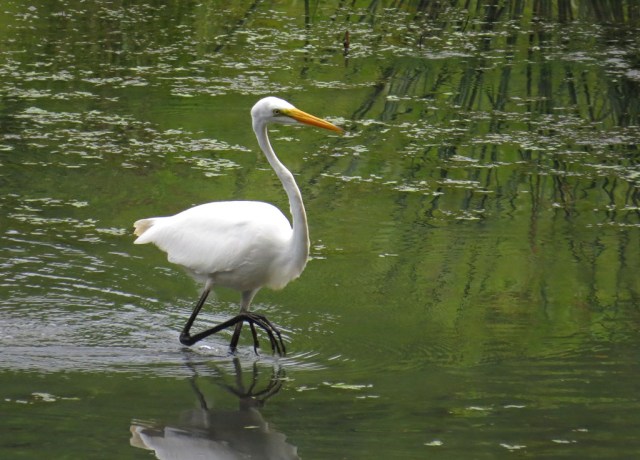 And then the blue: A Great Blue Heron.  He is a regular visitor during the summer months (and already had his moment in the spotlight in the Unhurried Heron post) but it is always a pleasure to see him.

For those who live in the United States, I hope you have a lovely holiday!  And for everybody else, hope your weekend is wonderful too. 🙂

Wife, mother, daughter, and friend. One who dabbles in writing, thinks in rhyme, and is utterly unable to escape the allure of alliteration:) Amateur nature photographer. A backyard bird watcher, a hiker of non-strenuous trails to waterfalls, and a fan of Atlanta sports teams. Driver of an orange Jeep Renegade who goes by the name of Earl. One who is nourished by silence, solitude, and a good cup of coffee. A lover of God’s Word and the riches that are hidden there. An extremely ordinary jar of clay who longs to see and be satisfied by the glory of God, and to somehow display that in my everyday life.
View all posts by kathydoremus →
This entry was posted in Beyond the Backyard and tagged beauty, egret, hawk, heron, july 4th, nature, photography, summer, water fowl, writing. Bookmark the permalink.

6 Responses to Red, White, And A Little Bit Of Blue