I’m sure you’ve heard the debate before – Is a person’s behavior more influenced by nature or nurture?  Well, I have no idea, but I do know that my own behavior improves immensely when nurtured by nature!

This morning, in need of some soul replenishing, I set aside my task list and took a stroll along the Chattahoochee River.  While there, I encountered some lovely wildflowers… 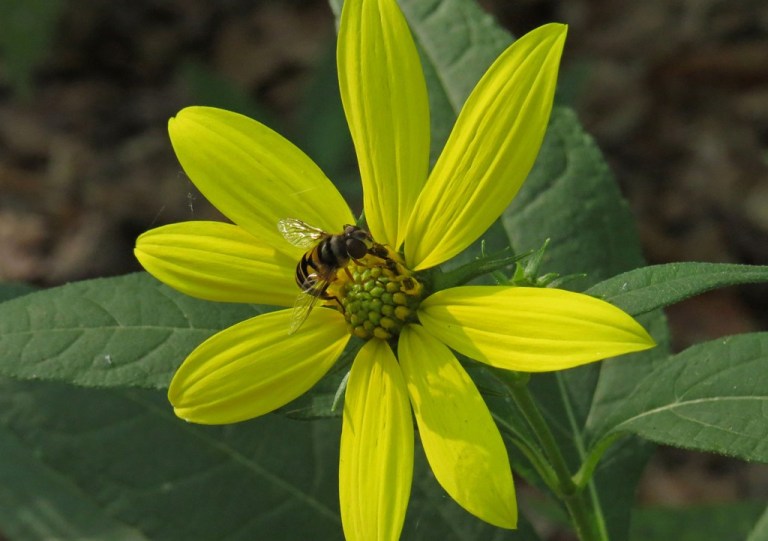 …a couple of young deer…

…and the mandatory Mallards.

It’s a good thing I caught them when I did, because as soon as I snapped the previous picture, they all settled in for some shut eye – literally!

The highlight of my outing was the beautiful butterflies I saw along the way.

This Viceroy (commonly mistaken for a Monarch) was basking on the rusty bridge rail. 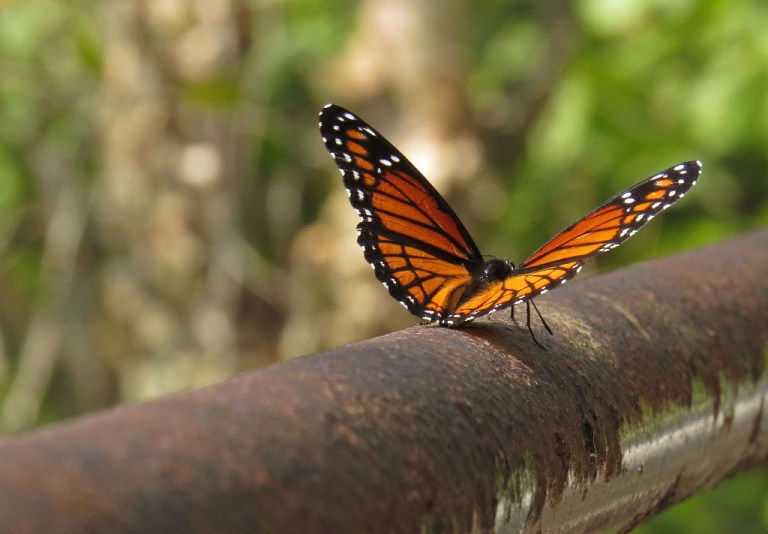 This Red-spotted Purple (a member of the Admiral family) was also on the rail.

Apparently, butterflies need more than nectar for nourishment; they also need minerals.  They will secrete saliva through their proboscis and then suck it back up along with the needed nutrients.  The males especially need extra sodium for mating.

And speaking of mating…I came across this pair of Gulf Fritillaries engaged in that very process.  I felt a bit like I was invading their privacy, but I couldn’t resist taking their picture.  Besides, the covering of their wings made their union quite discreet. 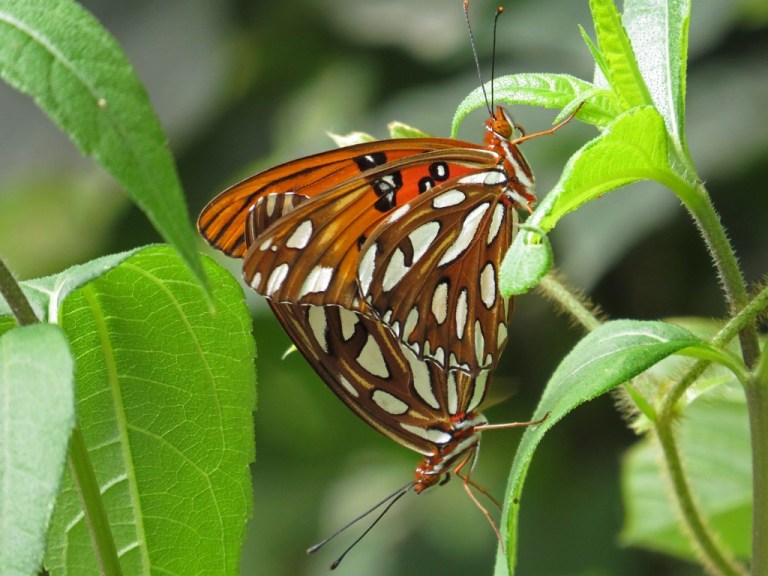 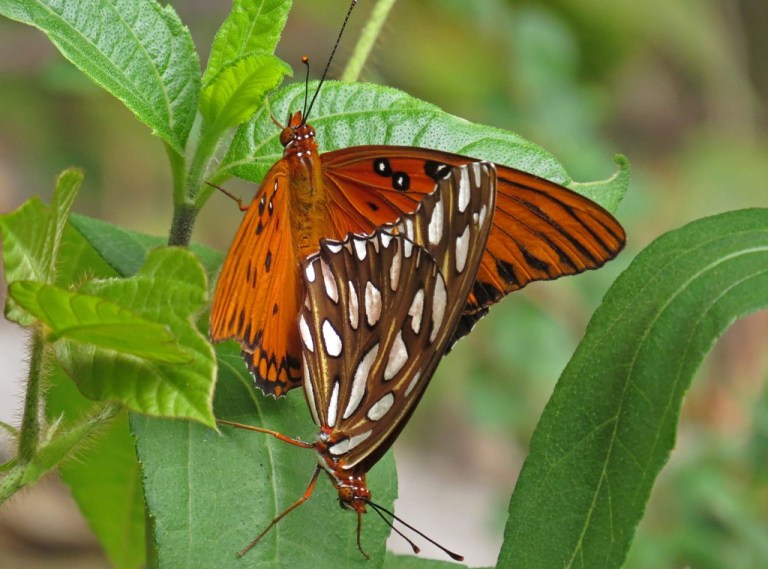 There were also plenty of Swallowtails flying around. Here is a female Tiger Swallowtail of the darkened variety followed by a female with the more typical yellow with blue markings. 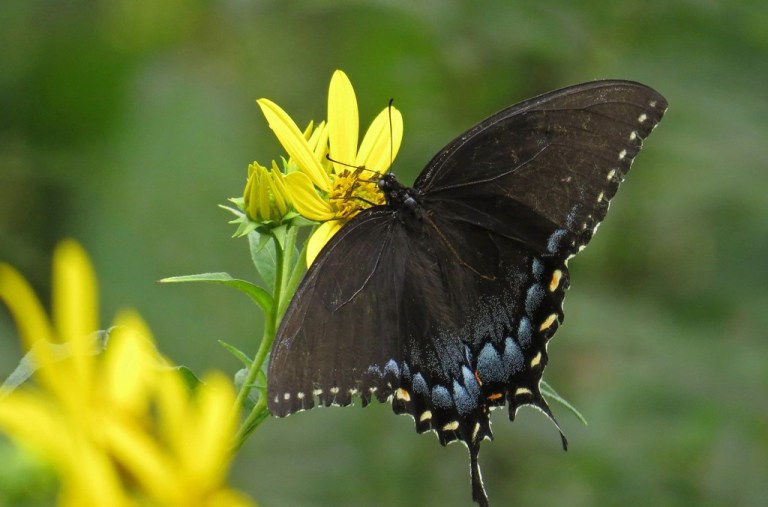 There were tons of butterflies hovering about this monstrous bush which I later learned is called Joe Pye Weed.  I might just have to get me one of these plants!  Here is a picture of the male and female together so you can see the difference. 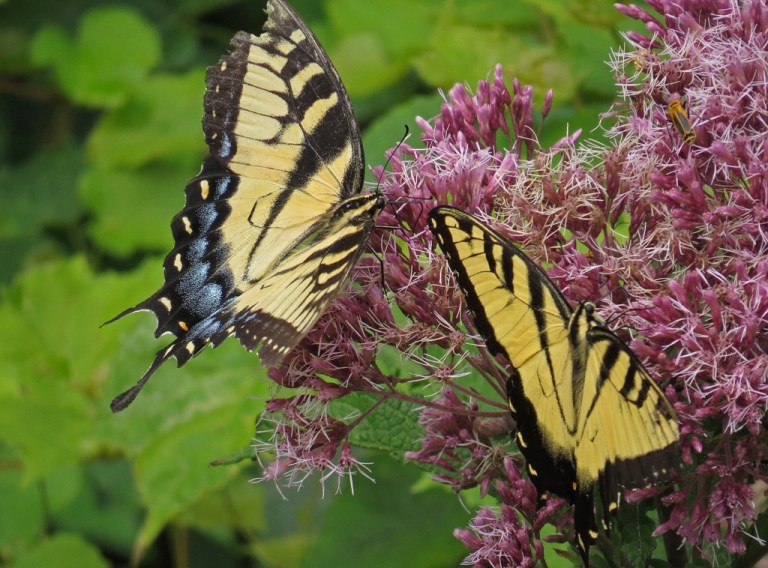 And last, but not least, this Black Swallowtail posed just long enough for me to get a couple of shots.  This is another that I rarely get to see.

Ah…all in all, a lovely day at a lovely place…and I promise to be on my loveliest behavior now that my soul has had a little nature nurturing!