Posted on November 9, 2016 by kathydoremus

Guess who made it to town?  One of my favorite winter visitors, the Ruby-crowned Kinglet!

If you’ve ever tried to photograph this little fellow, you know that it can be a challenge as he rarely sits still for more than a second!  When it comes to the Kinglet, I have learned to lower my standards a little since with all his movement it’s hard to get a crisp picture.  Plus, just when you’re ready to press the shutter, he completely changes his position!

He opted out of displaying his full crown this time, but he did give us a glimpse of the ruby head feathers that he usually keeps hidden…hopefully it was a preview of coming attractions.

One of my favorite all-time photos is one I took a couple of years ago where he flared out his full crown.  I’ll include it just because I still love it! 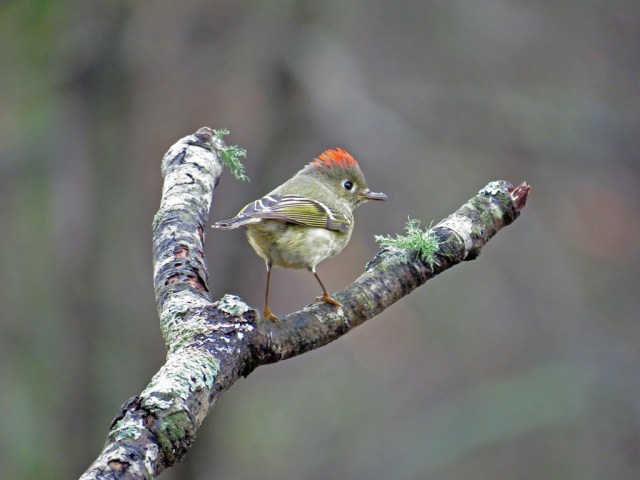 I do hope this guy makes my backyard his favorite winter hangout!

Wife, mother, daughter, and friend. One who dabbles in writing, thinks in rhyme, and is utterly unable to escape the allure of alliteration:) Amateur nature photographer. A backyard bird watcher, a hiker of non-strenuous trails to waterfalls, and a fan of Atlanta sports teams. Driver of an orange Jeep Renegade who goes by the name of Earl. One who is nourished by silence, solitude, and a good cup of coffee. A lover of God’s Word and the riches that are hidden there. An extremely ordinary jar of clay who longs to see and be satisfied by the glory of God, and to somehow display that in my everyday life.
View all posts by kathydoremus →
This entry was posted in Backyard Birds and tagged backyard birds, beauty, bird feeding, hobbies, kinglet, migration, photography, writing. Bookmark the permalink.

17 Responses to Preview Of Coming Attractions