The Fast and the Flurrious

There are some days when I fill the feeders and then have to wait as the birds meander in at a leisurely pace, seeming in no particular hurry at all.  But then other days (like most days this week!) they arrive fast and flurrious, in a great rush to gobble up the seed as soon as it is put out.

This Mockingbird was one recent raider who showed up as I was still in the process of spreading the Bark Butter on branch.  He waited until I had stepped a safe enough distance away, and then gave me several flaps of his feathers to show me who was the boss! Then, once his dominance had clearly been displayed, he went about the business of eating. 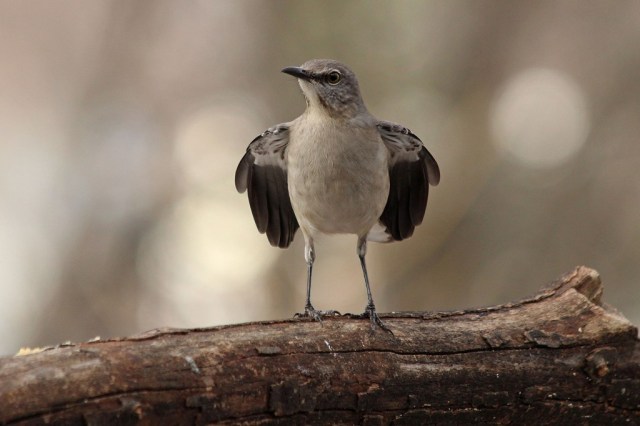 Meanwhile, a male Pine Warbler was lurking in the shadows, just waiting for the right moment to dart past the Mockingbird and claim a spot on the branch as his own. 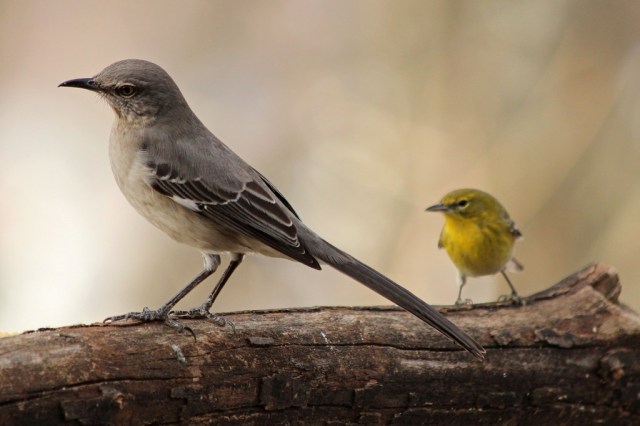 As some were scooping up beakfuls of Bark Butter, others – like these Blues Brothers – had descended on the deck rail to munch on their preferred fare. 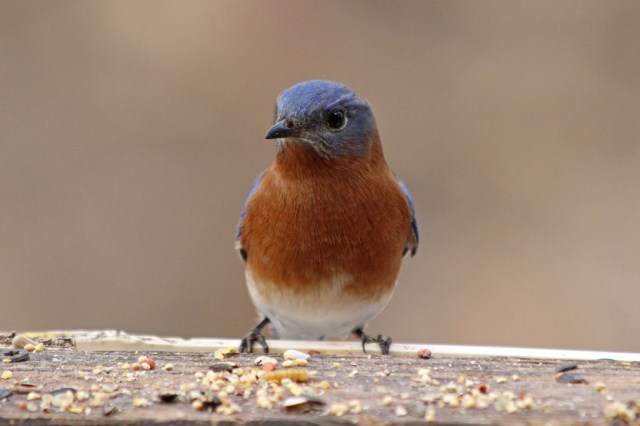 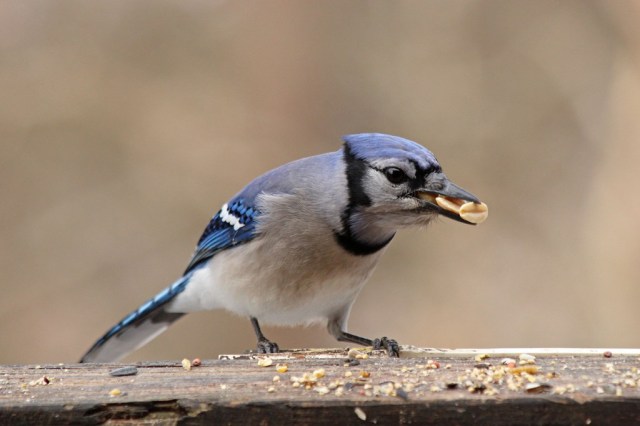 Woodpeckers, both Downy and Red-bellied, also swooped in… 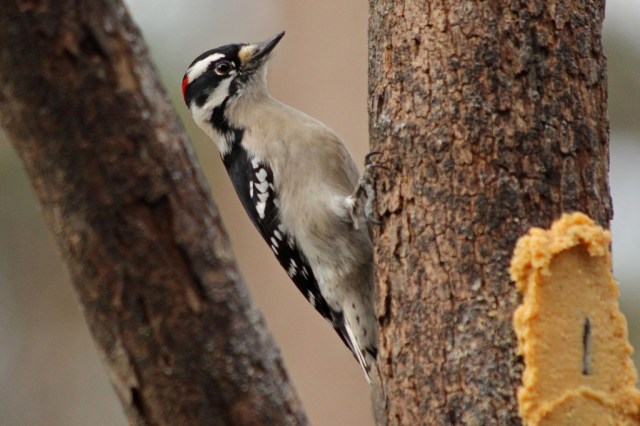 …as did this Yellow-rumped Warbler, who stopped by merely to survey the scene.

I think he decided things were a bit too chaotic for his liking, as he flew off without grabbing any food.  Hopefully, he will come back when the pace is a bit slower and hang out for awhile!

Wife, mother, daughter, and friend. One who dabbles in writing, thinks in rhyme, and is utterly unable to escape the allure of alliteration:) Amateur nature photographer. A backyard bird watcher, a hiker of non-strenuous trails to waterfalls, and a fan of Atlanta sports teams. Driver of an orange Jeep Renegade who goes by the name of Earl. One who is nourished by silence, solitude, and a good cup of coffee. A lover of God’s Word and the riches that are hidden there. An extremely ordinary jar of clay who longs to see and be satisfied by the glory of God, and to somehow display that in my everyday life.
View all posts by kathydoremus →
This entry was posted in Backyard Birds and tagged bird feeding, bird watching, birds, georgia, hobbies, nature, photography, winter, writing. Bookmark the permalink.

23 Responses to The Fast and the Flurrious