Since hubby just returned from a work trip and had the day off from the office, we decided to take advantage of the early spring weather and head to Lake Allatoona – Lab in tow, of course!

As soon as we got near the water’s edge, Tucker made a bee-line for the lake.  I’m pretty sure his expression is one of Retriever rejoicing!

I will go ahead and beg your indulgence before I post any more pictures because I fear that the upcoming months will hold many photos that (to the untrained eye) will look remarkably similar – pictures of a crazed mutt splashing with abandon.
So, with your permission to now proceed…

We started with letting the boy bound after a few sticks that we had gathered as we walked.. 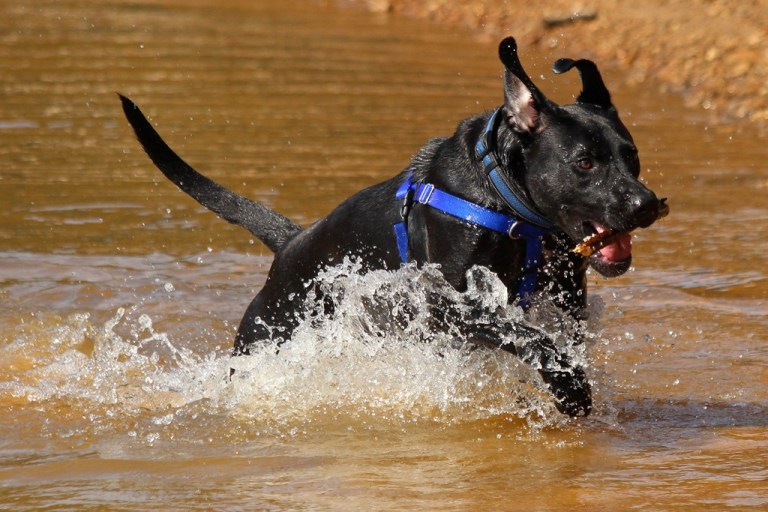 …and then switched to his glowing green plastic baton.

Now, in case you are ever invited to a Lab’s birthday party, let me give you a handy hint that one of these float-able fluorescent fetch sticks would make a wonderful gift!

Occasionally, Tucker had to go in over his head and show off his web-footed swimming skills, always returning with a joyful look of success. 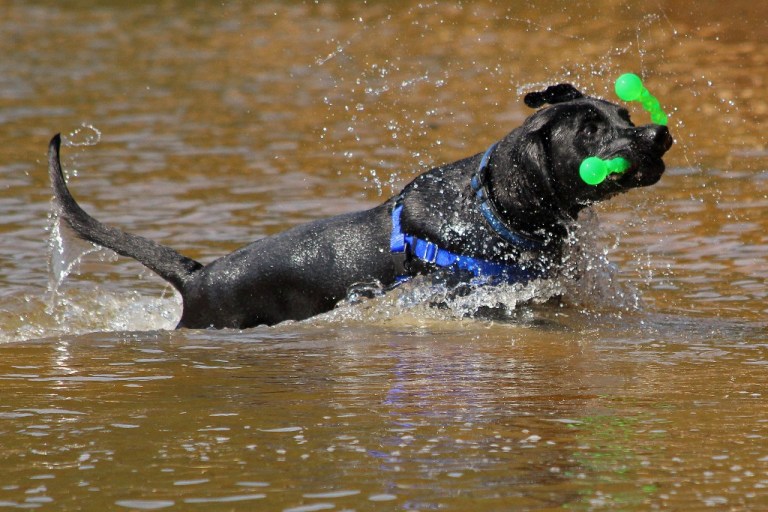 Where Tucker was playing the water quickly turned muddy, but around the bend the scene was much more tranquil. Is it just me, or is there something about big rocks along a shoreline that stirs a sense of adventure?

After a fair amount of romping, we took to the trail and let the beast wander leash free since we were the only ones about.  He loved the freedom, but kept a close eye on us to be sure we were following.

Then, before heading home, we had one more round of fetch, but since Tucker is a still a toddler, Rick explained that play time was almost over.

Such a fun morning of lakes and trails and Labra-tails.

A good time was indeed had by all!

4 thoughts on “Lakes and Trails and Labra-tails”