Posted on January 6, 2015 by kathydoremus

Today is my one year “bloggaversary!”

When I started this site, I had no idea how much I would enjoy it. I hadn’t planned on being a backyard bird blogger. To be honest, I was in the midst of one of those rough seasons of life that we all experience, and found that going outside and taking pictures of the birds nourished my soul. It reminded me that if God cared for them, then He would surely take care of me too. Before long, I found that taking a picture without sharing it felt incomplete. I thought, “Hey, if these pictures bless me, then maybe they will bless someone else too.” So, although this blog started off as a gift from God to me; I hope that along the way it has been a gift to you too.

For the past couple of weeks an American Robin has been hanging around my backyard. What could be more ordinary than that, right? Well, this fellow looks like he has been in a battle with a bottle of Clorox and come out on the losing end. See what I mean? 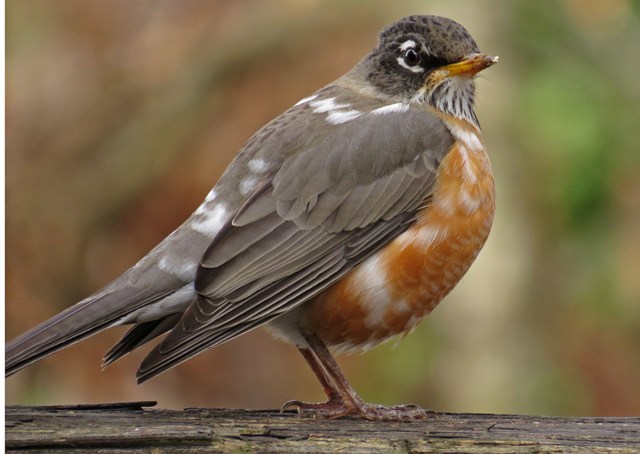 Turns out this is an albino robin – not a full one, but a partial one. I think he looks amazingly cool, sort of like the stone wash jeans I had in highschool.

Since he was kind enough to pose in every which direction, we can see that his left side is far less splotched than his right. 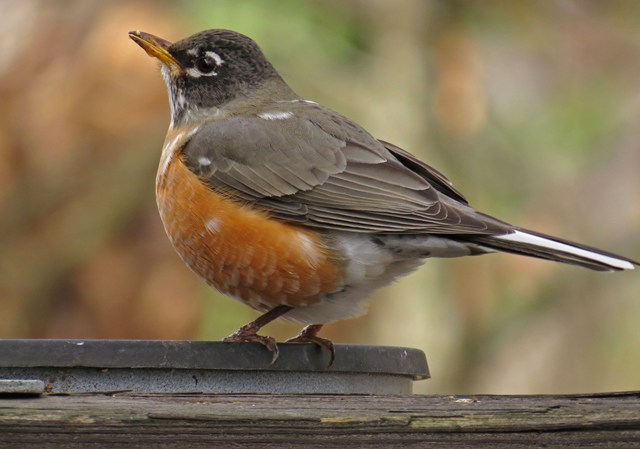 He also gave us a lovely rear view, which displays a solid white tail feather. I foresee a modeling career in his future, as he seemed to enjoy this little photo shoot. 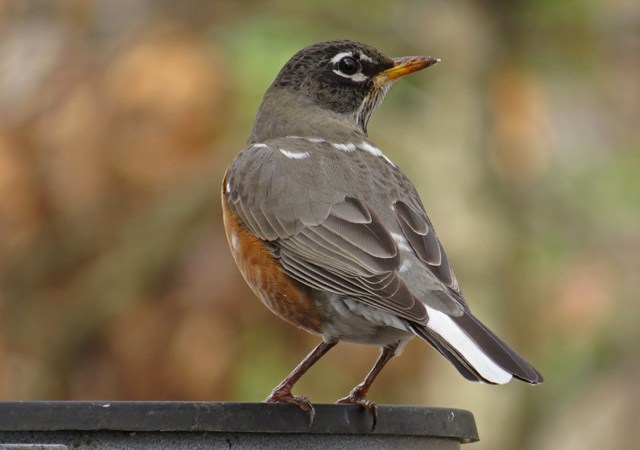 Every once in awhile a brisk breeze would blow and he would puff up his feathers, making himself quite fluffy and fat. Personally, I think he looks rather regal. 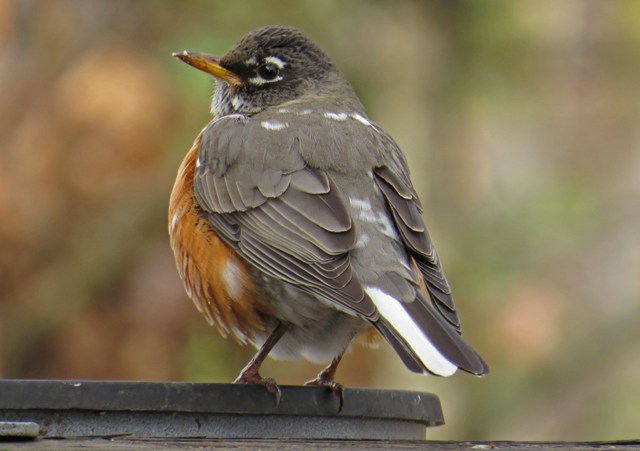 Just before he flew off, this piebald bird (that’s for all you word nerds) gave me one last look at his left side. 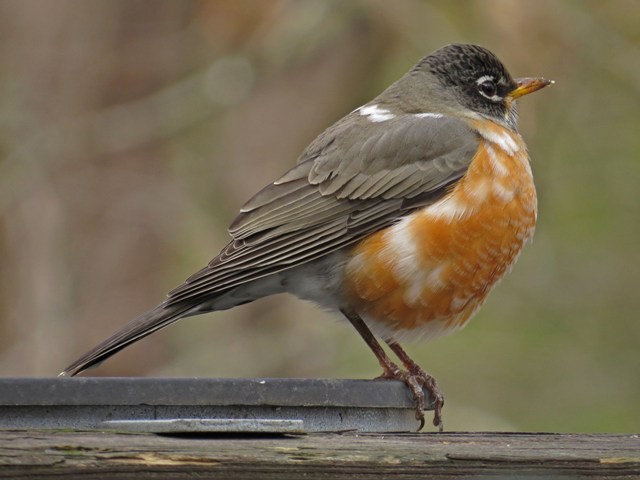 I’m so glad he showed up to help celebrate my bloggaversary!

Wife, mother, daughter, and friend. One who dabbles in writing, thinks in rhyme, and is utterly unable to escape the allure of alliteration:) Amateur nature photographer. A backyard bird watcher, a hiker of non-strenuous trails to waterfalls, and a fan of Atlanta sports teams. Driver of an orange Jeep Renegade who goes by the name of Earl. One who is nourished by silence, solitude, and a good cup of coffee. A lover of God’s Word and the riches that are hidden there. An extremely ordinary jar of clay who longs to see and be satisfied by the glory of God, and to somehow display that in my everyday life.
View all posts by kathydoremus →
This entry was posted in Backyard Birds and tagged albino, beauty, birds, inspiration, nature, photography, robin, wildlife, writing. Bookmark the permalink.

15 Responses to An Extraordinary Ordinary Bird