When I was a kid, I love love loved the Crayola 64 pack of crayons – the one with the built in sharpener on the back!  I can still remember some of the original shades of blue: turquoise, sky blue, cornflower, aquamarine, midnight blue…yet despite my affection for this selection, they were missing my favorite shade of blue…which might best be called “mating season male bluebird blue.”

This fellow has been showing up for the past several weeks, with his feathers looking their absolute finest.

Mating season is upon us, and he has been doing all he can think of to capture the attention of one particular female.  He has serenaded her with sweet, warbly songs that he sings without even opening his beak.

He has brought her gifts of food. 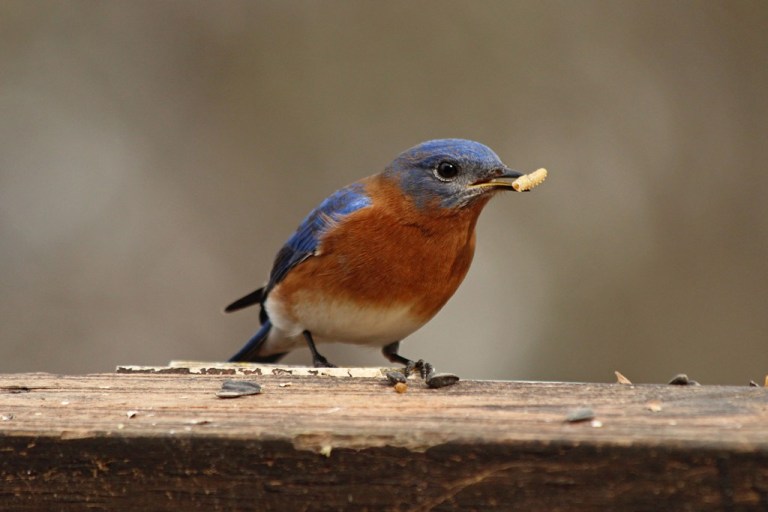 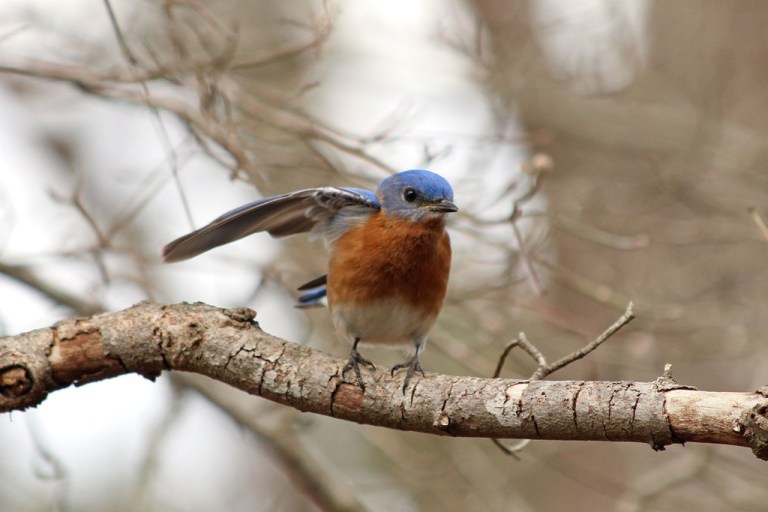 …and then twirls his other wing in a circle.  It is cute and comical at the same time!

He seems to be getting rather agitated, which makes me suspect that she has not yet surrendered her feminine favors.  Still, I have a feeling she will soon acquiesce; I mean, not only is he handsome, but he also seems the reflective sort…

I mean, just look at this fellow!  Have you ever seen such a bold, beautiful shade of blue?
I think Crayola might have missed the mark on this one!

I understand that “mating season male bluebird blue” might have been a bit too long to fit on the label, but they could have opted for “woo-the-woman blue” or “bye bye bachelorhood blue.”  They really may want to consider this for a future color – I’m just sayin’!

Oh…and if you ever want to get me a gift…the 64 pack would still make me smile!

29 thoughts on “My Favorite Shade Of Blue”