It all started off innocently enough.  A Robin landed on the deck rail just moments after I had filled the feeders.

Now, normally, this would be no big deal, but on this particular day, when testosterone levels were evidently running high, a male Red-bellied Woodpecker took exception to the Robin’s presence and let him know that this rail only had room for one!

The Woodpecker also decided, with open-beaked declaration, that the Bark Butter Branch also belonged to him.

As soon as the Red-bellied fellow flew off, a Red-winged Blackbird landed with both colors of his wing patches on full display – clearly conveying his dominance. 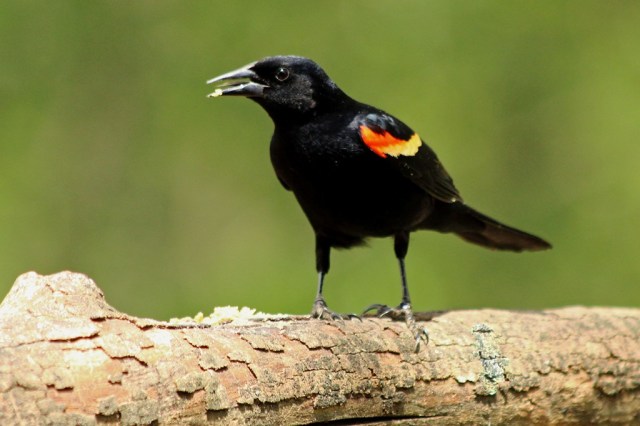 Next up was a Mockingbird, who, with a steely glare and a tipped up tale, also made it known that he was a force to be reckoned with. 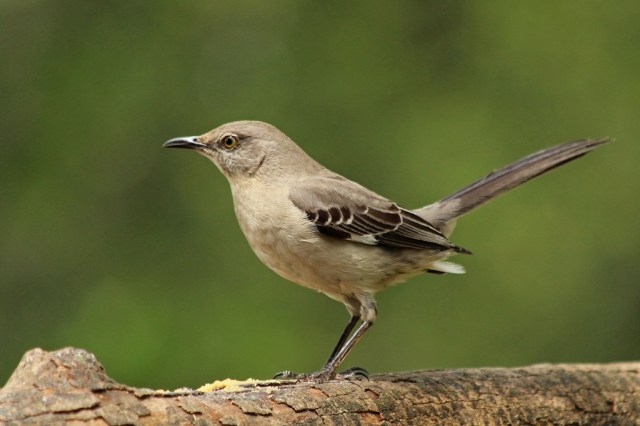 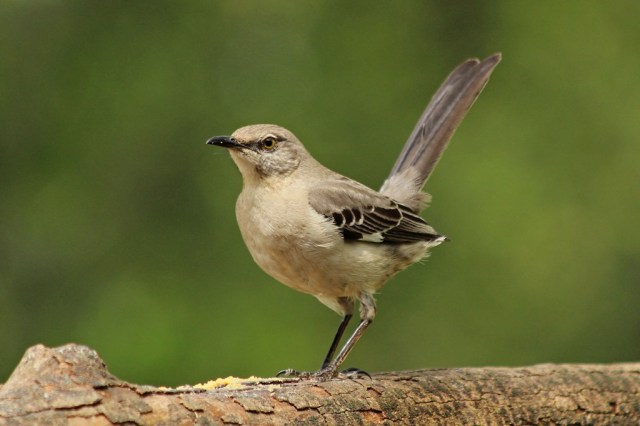 Even the Blue Jays, normally rather mild mannered despite their bossy reputation, were diving down and swooping each other off the railing, as one after another seemed determined to come away with the lion’s share of the peanuts. 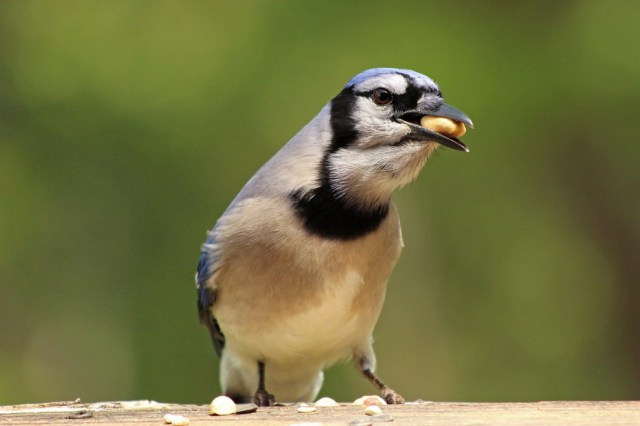 I think this sweet little Titmouse, who waited until the coast was clear to venture forth for food, had the right idea.

Heaven forbid the birds should ever learn my favorite cheer  – “Mud, blood, guts and gore – what do you think those cleats are for!” Although it would make for an interesting post!

Wife, mother, daughter, and friend. One who dabbles in writing, thinks in rhyme, and is utterly unable to escape the allure of alliteration:) Amateur nature photographer. A backyard bird watcher, a hiker of non-strenuous trails to waterfalls, and a fan of Atlanta sports teams. Driver of an orange Jeep Renegade who goes by the name of Earl. One who is nourished by silence, solitude, and a good cup of coffee. A lover of God’s Word and the riches that are hidden there. An extremely ordinary jar of clay who longs to see and be satisfied by the glory of God, and to somehow display that in my everyday life.
View all posts by kathydoremus →
This entry was posted in Backyard Birds and tagged bird photography, bird watching, birds, creativity, hobbies, nature photography, photography, wildlife, writing. Bookmark the permalink.