What does any (in)sane person do when the temperature drops 30 degrees and a misty drizzle is dripping from the skies?  Why fill the feeders and head out with the camera, of course!

Now, I should clarify that this wasn’t what I had in mind for my afternoon plans.  A good book and a cup of coffee was what I had foreseen my immediate future to hold, but when I looked outside and saw the Red-headed Woodpecker huddled against the Dogwood under the damp leaves, I knew my plans had been changed.

Unlike many of my backyard birds, this handsome Red-headed fellow is still getting used to my presence, so as I was replenishing the seed, he flew off to the outskirts of the yard to keep an eye on me.

Meanwhile, a handful of other birds sporting red feathers showed up for some sustenance, so I decided to let them have the spotlight in this post.

A pair of Cardinals, both the he and the she, stopped by… 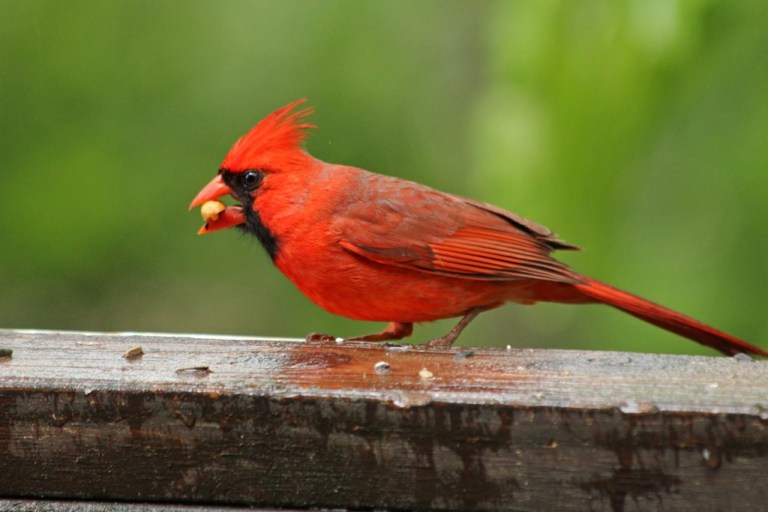 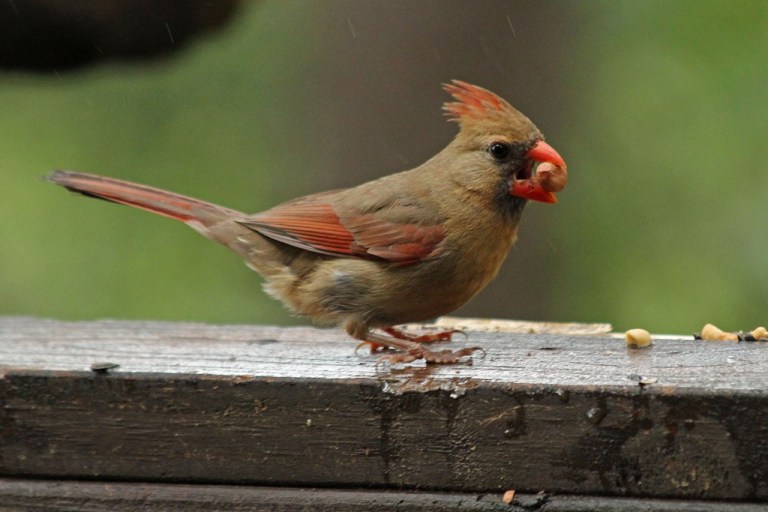 as did two other Woodpeckers – a male Red-bellied and a male Downy, who has a small patch of red on the back of his head. 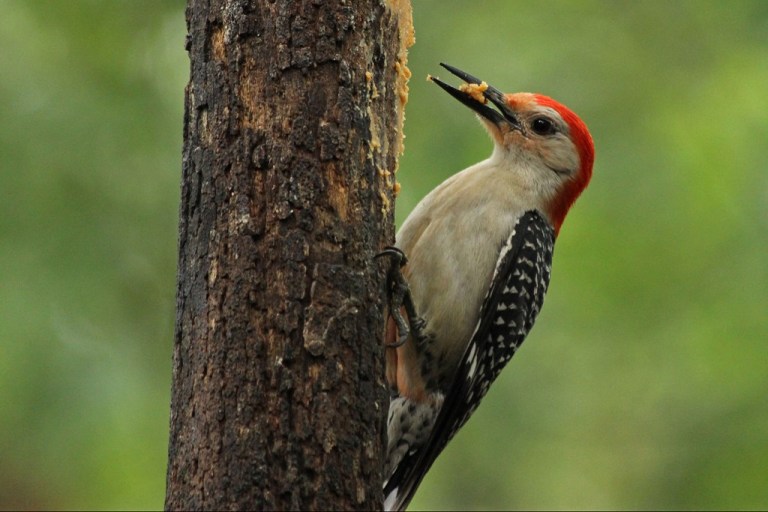 A Red-winged Blackbird also dropped in, but only stayed a second and gave but the slightest glimpse of his red wing bar.

Bunches of rain-drenched Blue Jays also made an appearance. 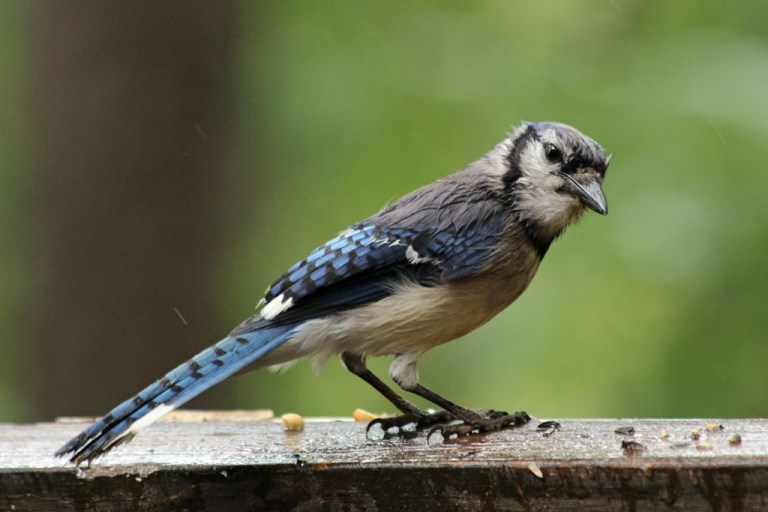 They begged to be included in the post, but since they didn’t fit the title, we shall ignore their pleading and promise to let them shine another time.

As I stood huddled against the house, snapping pictures and trying to stay as dry as possible, the Red-headed Woodpecker skitted (I’m pretty sure that’s a made up word! – a combo of skirted and flitted, but I like it so I’m keeping it!) from tree to tree, continuing to watch me and wait, while I continued to watch him and wait.  I was determined to not take my shivering self back inside until he braved coming closer.

Eventually, he acquiesced and flew over to the Bark Butter branch…

…and then hopped to the deck rail to take a peek at the peanuts.

He must have decided that I was a kindred spirit (aka – a birdbrain) as he opted to come closer and humored me by striking a couple of awkwardly regal poses. 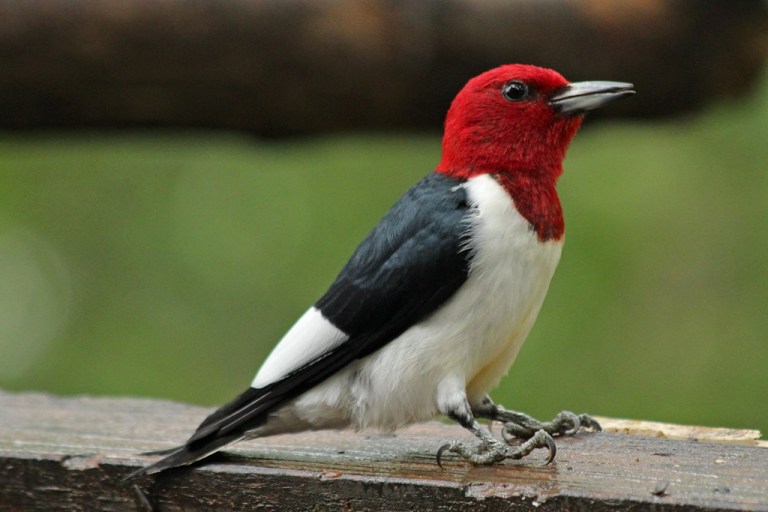 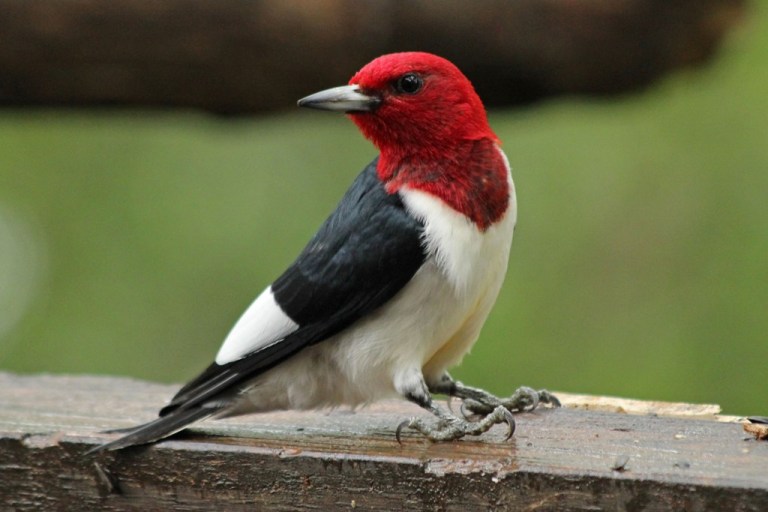 Then he snared a peanut and flew off.

All in all, it was a lovely afternoon spent watching the raindrops falling on the reds!

32 thoughts on “Raindrops Are Falling On The Reds”