This Red-bellied Woodpecker showed up yesterday and left little room for doubt that he would be dining alone. 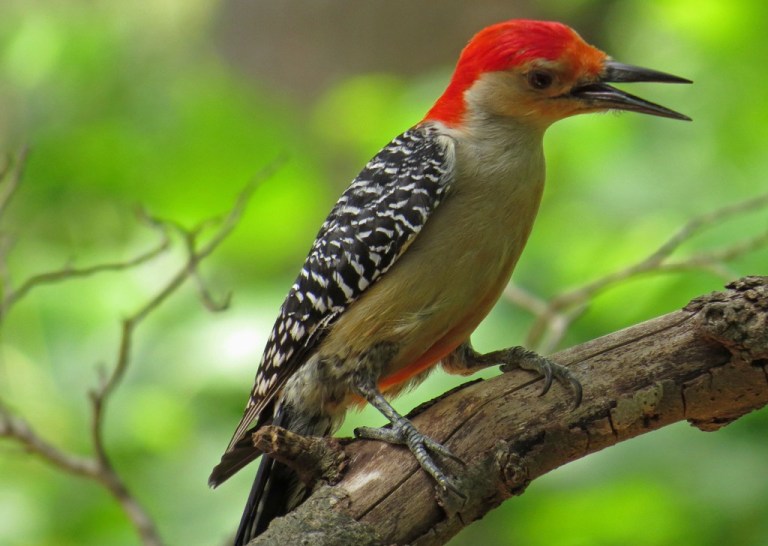 The recipient of his “Don’t mess with me!” attitude was this Gray Catbird, who was already on the branch when the Woodpecker arrived.  I took a couple pictures of him, but chose to include this one because it shows the rusty rear patch that is usually hidden away, tucked beneath his tail feathers.

Now, “first come, first served” is an acceptable practice in the people world, but in the bird world, it’s “the longer beak moves you up on the reservation list.”

The Red-bellied commandeered the branch and ate his fill, never letting down his guard…

… then once he had flown away, the Catbird returned and enjoyed the leftovers.

Never a dull moment when it comes to backyard dining!